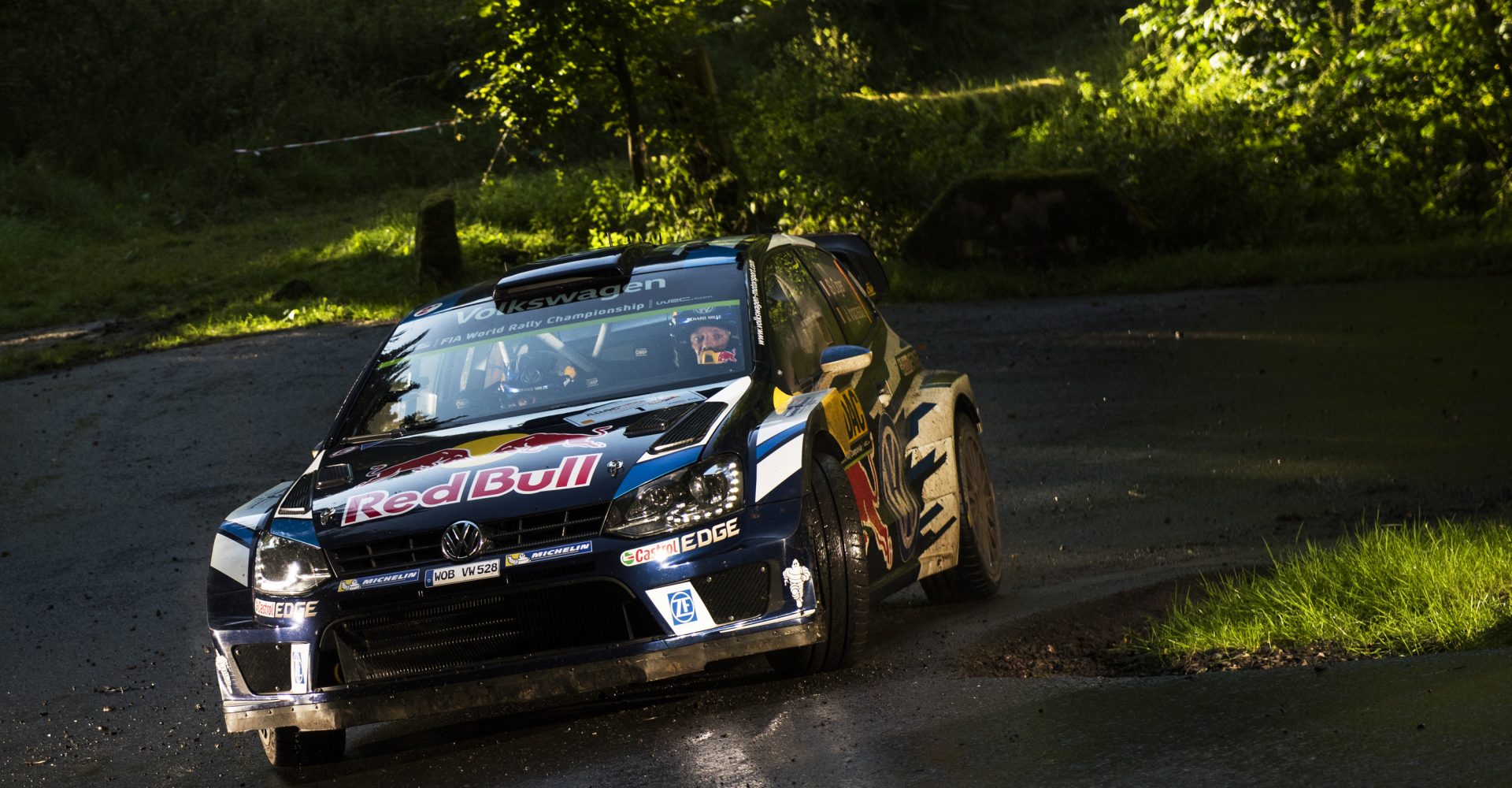 Disclaimer: If standing around on cold hillsides dangerously close to speeding rally cars isn’t your idea of fun, then you might want to close your browser now.

Luckily, here at SuperUnleaded we love the rain and wind, and the idea of playing chicken with dozens of 300bhp, highly-modified road cars makes us positively jump with glee.

So when Volkswagen Motorsport invited us along to Rally Germany, we just couldn’t say no – even if it did mean giving up a long-awaited weekend on the sofa.

Now, we do enjoy a bit of rally action every now and again, and we like to think of ourselves as knowing a thing or two about the world’s favourite off-road racing series.

But, after discussion with the real experts – in this case former co-driver and VW ambassador Luis Moya – it turns out we’re not.

In fact, he came up with a number of surprising facts about the series, so we’ve compiled them in to one handy list:

1) The number of tyres required per car.

So. One car, four wheels, and 14 stages over three days… There are a lot of numbers to throw around, but just how many tyres does each all-wheel-drive rally car need during Rally Germany?

The answer: a lot. For each car – Volkswagen runs three in two teams – a whopping 62 tyres are required. This consists of 32 soft-compound rubbers for use in cold and damp conditions, 22 hard-compound tyres for when it’s hot and sunny and finally eight more for in the wet.

Of course, different rallies require different selections – for example heavily studded tyres are used in the snowy Rally Sweden.  To keep things fair, Michelin supplies identical tyres – which weigh in the region of 20kg – to all of the manufacturers’ teams, but it is up to individual crews as to which they run on.

2) How huge an operation each rally is.

There are 14 rallies in the championship each year. These begin with the high-altitude Rallye Monte Carlo and end in the scrub of Australia.

To each European event – of which there are 10 – Volkswagen takes a team of 70. For the four events in the rest of the world, the crew is scaled down to 50.

The roles within the team are extremely varied, and include the drivers, mechanics and a doctor – there’s even a meteorologist who helps the blokes behind the wheel decide just which of the aforementioned rubber they’ll need. 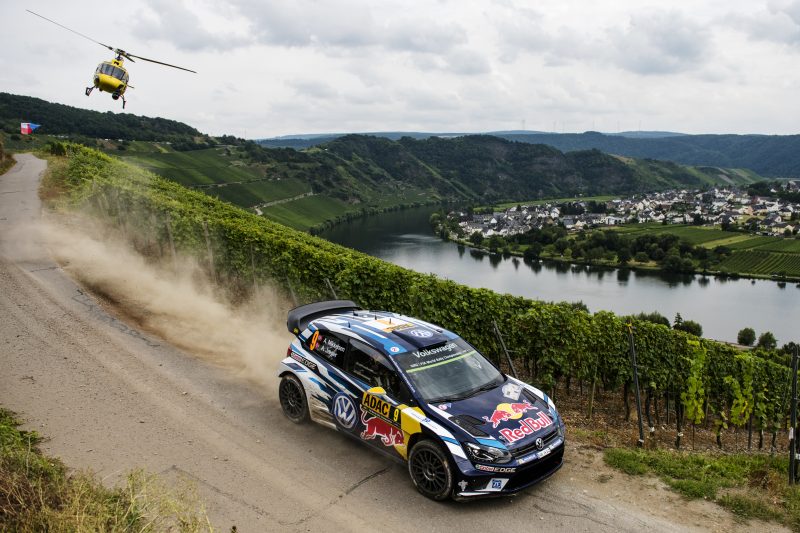 3) Just how quickly the WRC teams can service a rally car.

Timing is, of course, a huge part of rallying. The cars are timed both on course and off – as they receive their three daily services. The first service, early in the day, is 15 minutes, the second is 30, and the final one is 45 minutes.

Drivers are penalised for any time that they remain in the service park after this allocation, so each car’s team of eight mechanics has to carry out complicated tasks extremely quickly.

For two people to change an entire gearbox on the Polo WRC cars, it takes just 11 minutes, while a turbo takes seven and the suspension three.

To put that into perspective, in the time it takes us to make a cup of tea, one of the huge suspension coils can be removed and replaced. 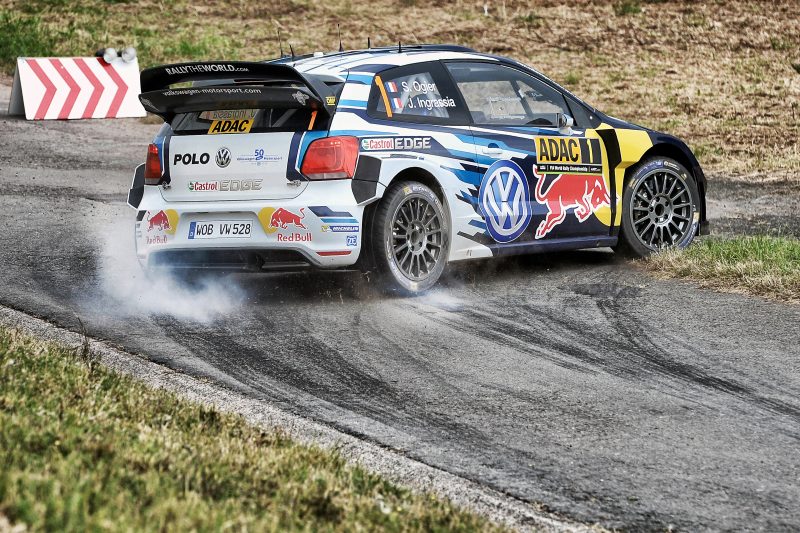 4) How vital weight reduction is in the cars.

Each manufacturer entry in the WRC has to weigh at least 1,200kg. And to optimise performance, this weight has to be carefully distributed throughout the vehicle.

Obviously, teams don’t want the vehicles to weigh any more than they have to, as every last ounce of weight can make a difference.

Don’t believe us? Reportedly, some teams don’t even like their drivers taking a fleece in the car during the colder rallies as they add weight.

5) But it gets brutally cold in those cockpits.

And hot. Rally drivers are subjected to extreme temperatures while driving – up to 50 degrees Celsius during the Argentinian event, and as low as minus 30 at Rally Sweden.

6) The longest rally stage is SS20 Guanajuato in Mexico.

One of these high-temperature rallies features the longest stage of the series – the 50-mile mountainous Guanajuato. Volkswagen’s Sébastien Ogier (the overall winner of Rally Germany) took victory in this stage, completing it in just 48:06.8. 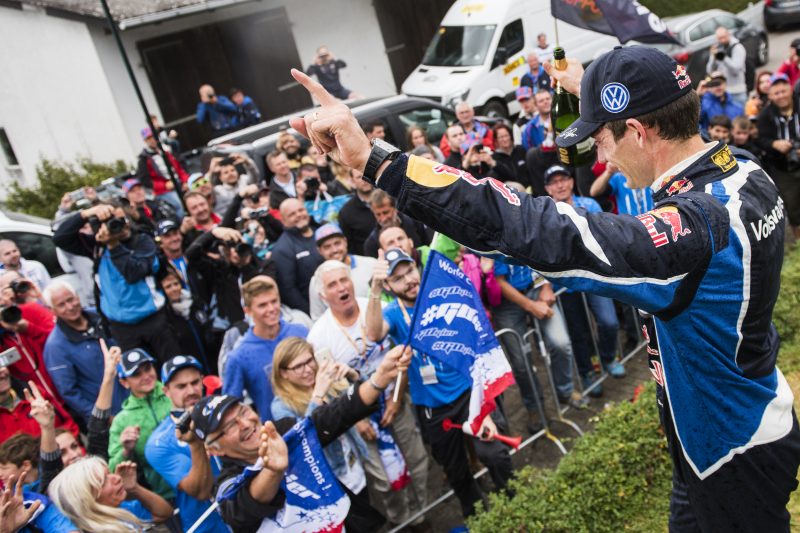 7) The Monte Carlo rally is one of the oldest motorsport events in the world.

While the official WRC was only established in 1973, the Monte Carlo event has taken place annually since 1911, pre-dating many other motorsport events.

Of course, a lot has changed since then – the first car to win put out just 45hp – and alongside the driving, cars were judged on their elegance, passenger comfort and the condition in which they arrived in the principality.

8) How the cars are transported to international rallies.

Volkswagen has crates specially built at a cost of €30,000 (£25,850) each to transport the cars to international rallies. These crates are smaller than the average shipping container, which means that the cars can be transported on pretty much any plane, rather than being restricted by cargo flight timetables.

This allows the cars to be flown back to the team’s headquarters in Hanover from anywhere in the world in just 48 hours. 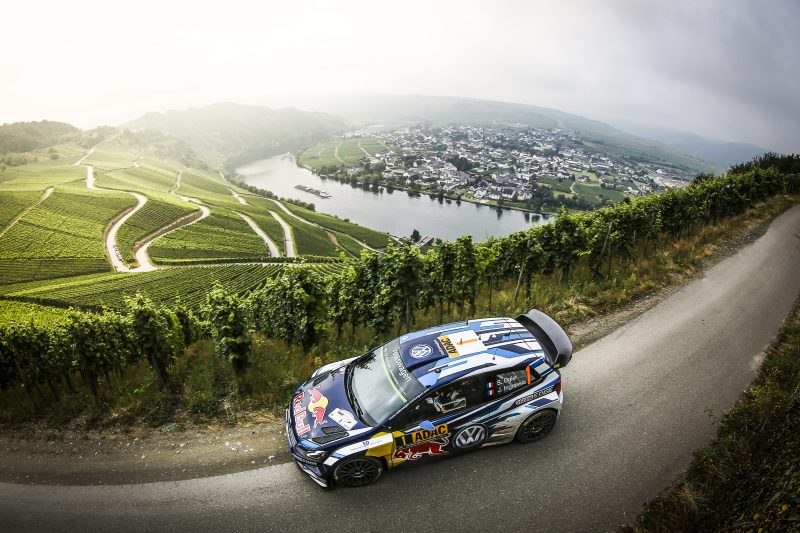 9) Drivers have only driven the course twice before they fly around it at high speeds.

A driver and their co-driver are allowed two laps of each stage before the rally. These test runs can’t be in their rally car, but manufacturers like to use similar models to allow the co-driver to make accurate notes.

However, sometimes manufacturers may not have four-wheel-drive road models and so use other carmakers’ models… #awkward.

On top of this, teams are only allowed a certain number of days testing a year.

10) Running first can be a disadvantage

While running order makes no difference on tarmac stages, on gravel rallies the lead driver has the disadvantage of clearing surface grit.  This makes the path quicker for the following drivers.

And finally, on the third and final day of each rally, the top 10 championship drivers start in reverse. 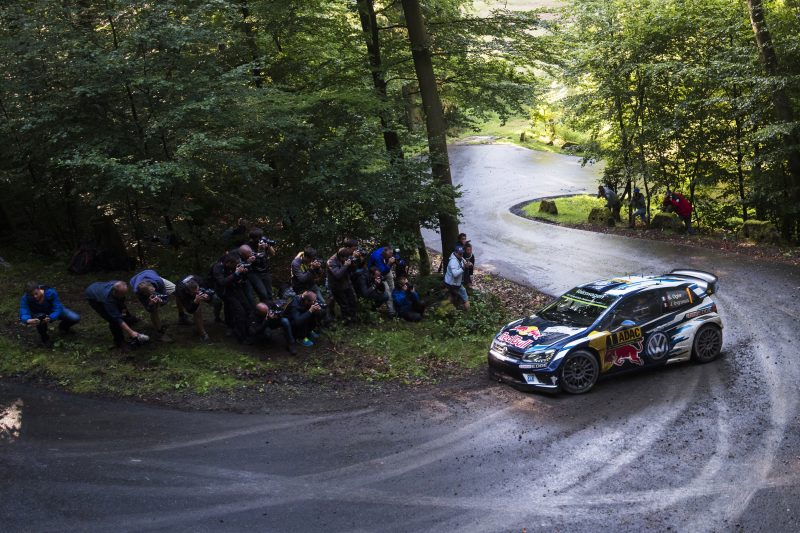