Few brand names have become such a part of modern life in the UK as Ford. Though it’s an American company, the uniquely tailored British market offerings have led to some truly fantastic cars being adorned with the blue oval – and as a nation, we lap them up.

Ford has barely been out of the best-sellers charts in decades, with the current incumbent – the Fiesta – challenged only once for the monthly title of Britain’s best-selling new car in almost four years.

Other names have gone even further, with the Mondeo family car even coining a whole class of human – ‘Mondeo Man’. You just can’t quite imagine the same happening with ‘i30 Man’ or ‘Meriva Man’ now, can you?

In the year the Mondeo turns 25, we’re rounding up the 25 best-selling UK-market Ford cars ever. 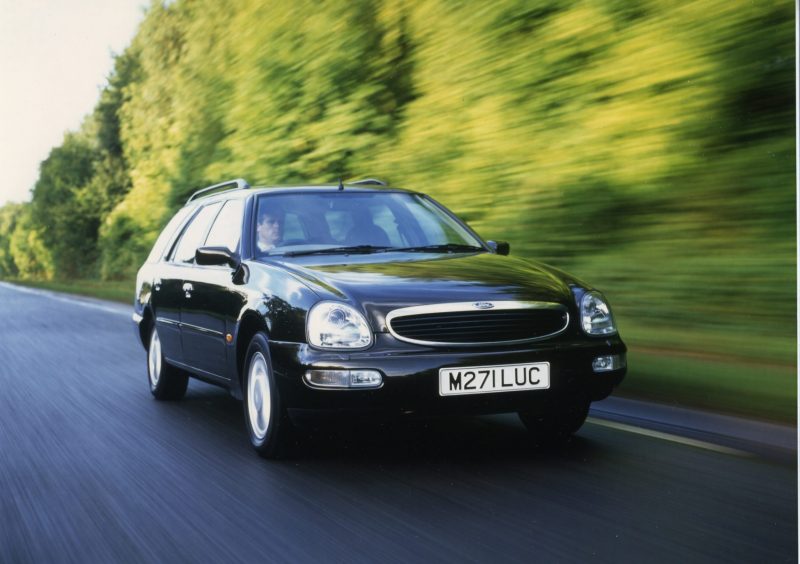 A replacement for the Granada executive car, the Scorpio enjoyed success among upper-middle management for quite a few years, until a misguided facelift for the second-generation model ruined everything. Generously described as ‘gopping’ by James May, sales of this remarkably accomplished exec plummeted. 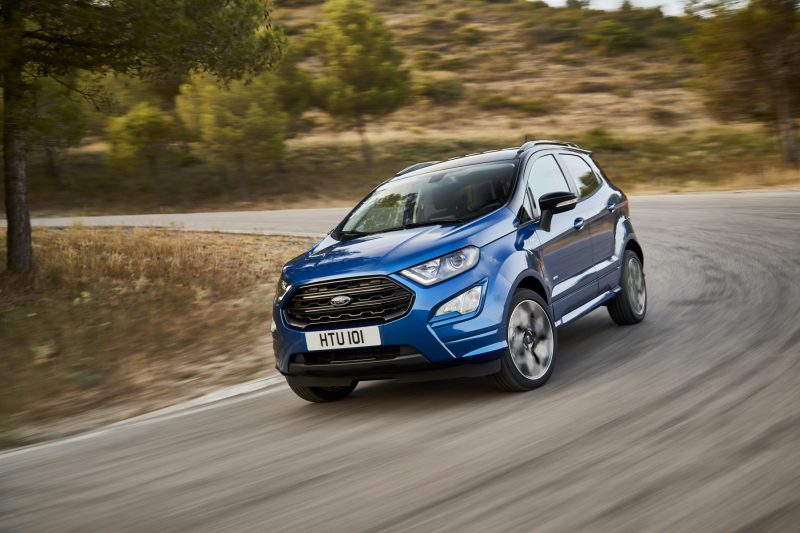 The EcoSport is Ford’s first real foray into the incredibly popular mini-crossover market. It wasn’t the brand’s finest hour, with the car panned at launch for disappointing driving dynamics and an awful interior. Thankfully, the latest model is much, much better. 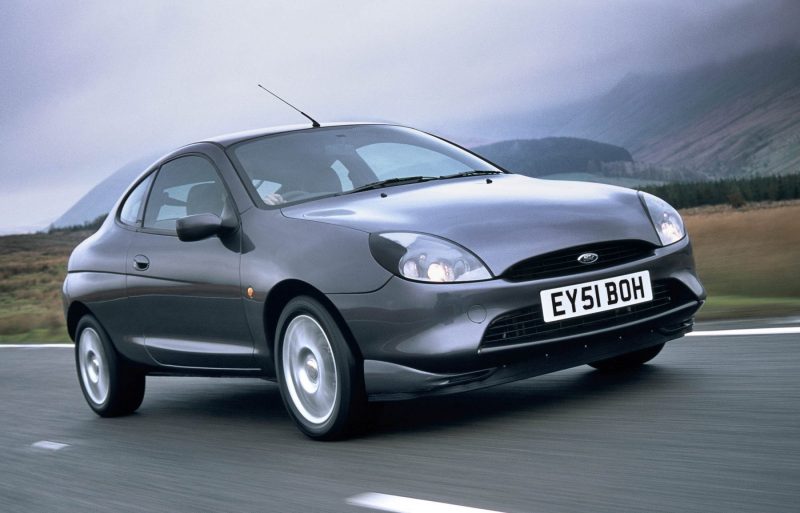 The little Puma was cute, cuddly, and an absolute hoot to drive – especially in high-powered Racing Puma form. The platform it shared with the Fiesta supermini endowed it with brilliant handling, while willing and durable engines were the icing on the cake. A sure-fire future classic. 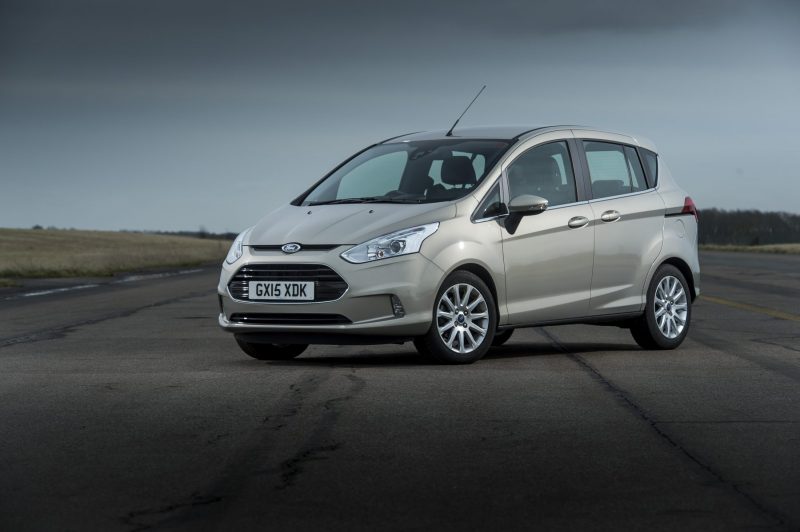 Ditching the central pillar – or B-pillar – isn’t a new idea, but it made the B-Max unique in its mini-MPV market sector for the five short years it was on sale. It gave this tiny car an incredibly wide door opening, and accessing the rear seats was even easier than in Ford’s larger S-Max or Galaxy MPVs. 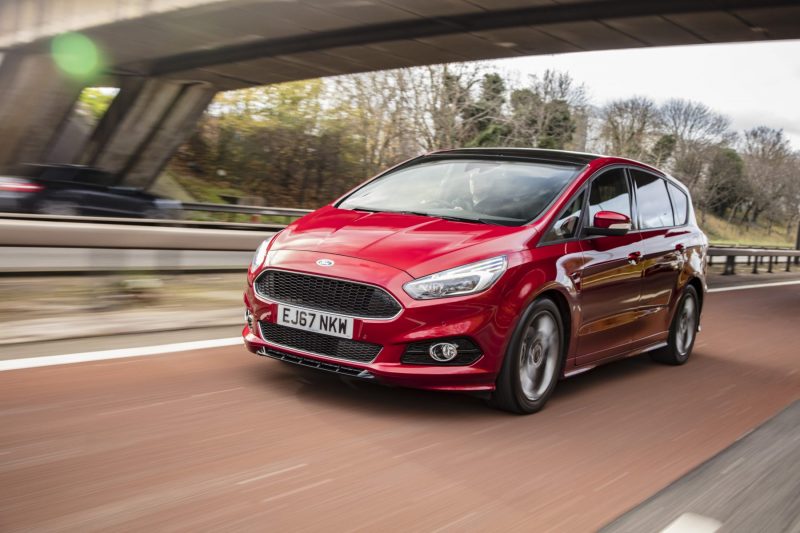 The S-Max inherited its platform from the Ford Mondeo, which was already one of the best-driving ‘ordinary’ cars you could buy. This gave it brilliant handling for such a tall, heavy car, and made it an MPV you could buy with your heart as well as your head. 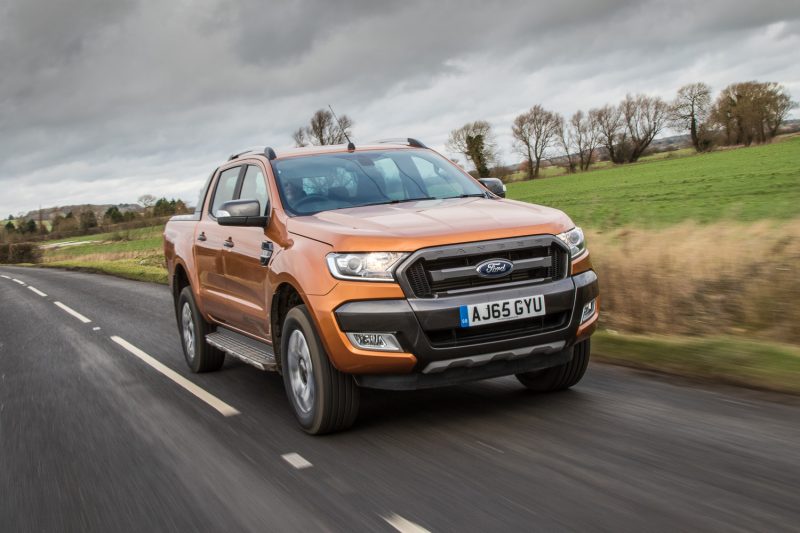 The current Ranger is the best-selling pickup truck on sale in the UK, and takes its cues from the brand’s incredibly successful American market. Sure, it’s no F-150, but it is rugged, dependable, versatile, and suitably stylish. One of those few real oddball cars, the Fusion was, as the name suggests, a cross between an MPV and a supermini. Best described as a Fiesta on steroids, it was remarkably practical, with a huge boot and enough headroom for a basketball team. Its practical image gave it an unfortunate reputation among the blue-rinse brigade, however, and it never became the lifestyle vehicle Ford would have liked. As the Renault Scenic dominated sales of the compact MPV market, Ford responded in kind with its own version – the C-Max. Based on the Focus, it gave great handling and good practicality, even spawning a seven-seat version, named the Grand C-Max. 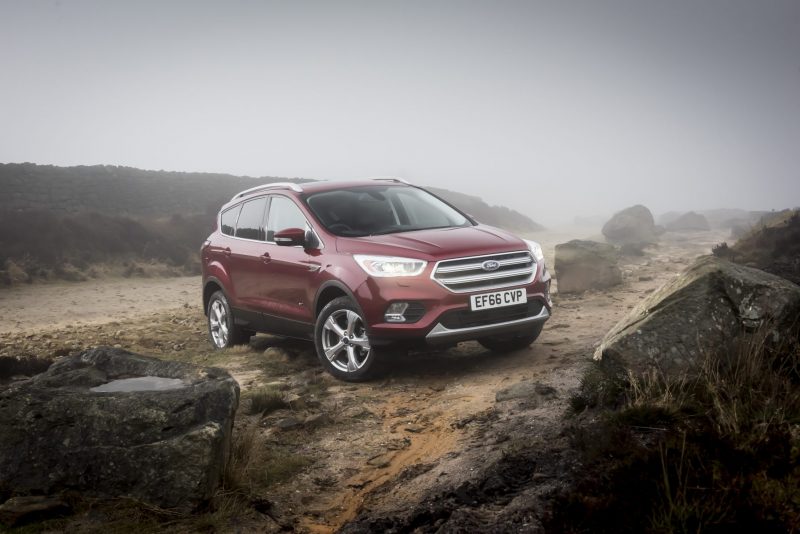 Mid-sized SUVs are big business for car manufacturers, so the Kuga’s launch was inevitable. It’s proved a success since, with a combination of rugged good looks, decent driving dynamics and that coveted high-up driving positon proving irresistible to family buyers. 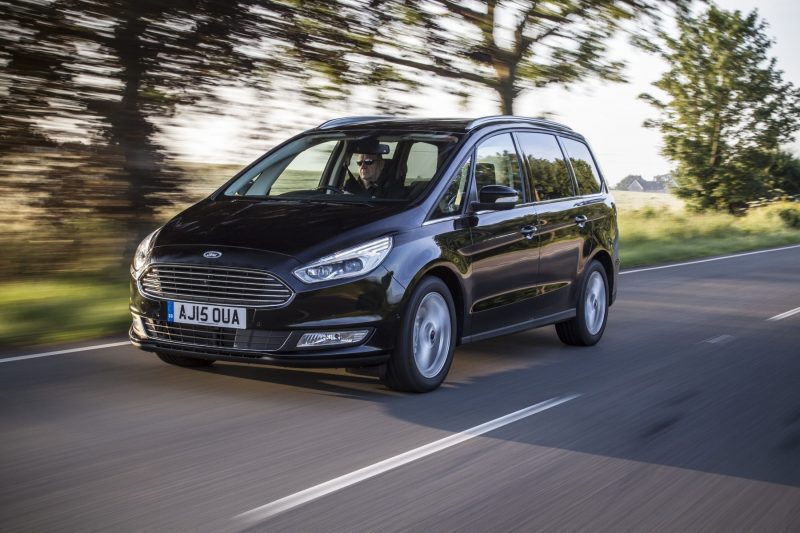 The brand’s largest MPV has been around since 1995, and has morphed from a rebadged VW wannabe into a large, premium and very comfortable people-carrier, favoured by taxi drivers across the country. 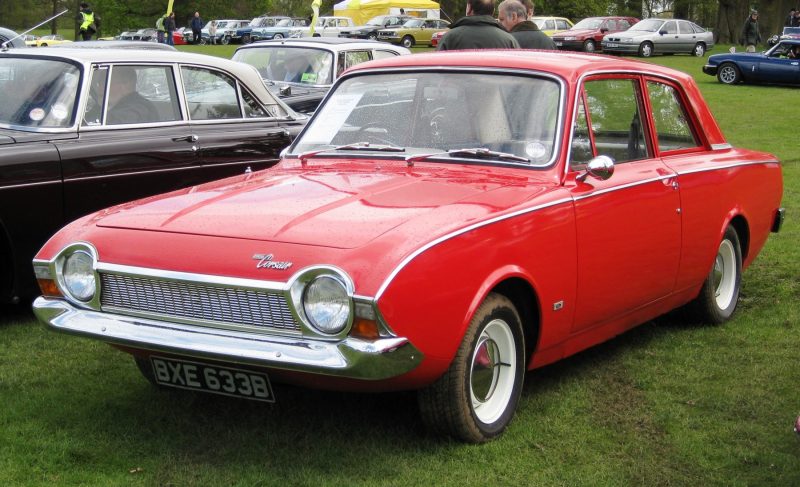 And so we come to our first classic, the Consul Corsair – later just Corsair. Built between 1963 and 1970, it was essentially a restyled Cortina, and bought some American flair to the brand’s dowdy 1960’s lineup with its Thunderbird-esque styling, inset headlamps and lashings of chrome. Zodiac was the name Ford gave to upmarket models of its Zephyr luxury saloon – a bit like the brand’s current Vignale lineup. The closest thing the company had to a limousine, it was fitted with a six-cylinder engine and luxury equipment such as a cigar lighter, reversing lights and even an in-cabin clock. A favourite of fleet markets, the Orion was the Escort’s sister car, replacing its practical hatchback with a traditional saloon boot. This move did not readily enamour it to the public, though, with hatchbacks becoming the norm, and once company car buyers moved on the Orion found sales slow. 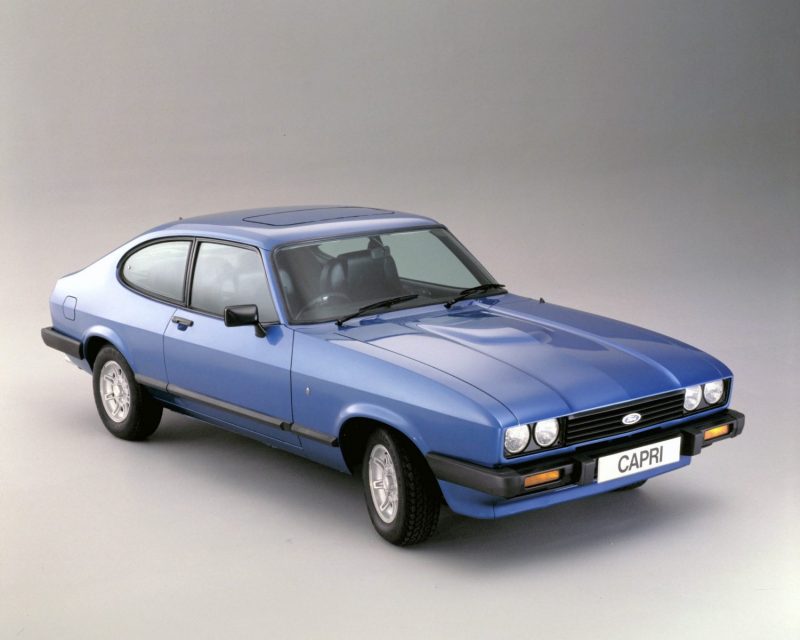 Which little boy growing up in the 70s didn’t want a Ford Capri? Popularising accessible glamour for all who wanted it, the bargain Capri gave those who may otherwise have been stuck with boring hatchbacks or saloons a chance to get into a bona fide coupe for not much more money. Produced in two runs, from 1951 to ’62 and again from ’72 to ’75, the Consul was initially the base model of Ford’s ‘three graces’ line-up – comprising Consul, Zephyr and Zodiac. It was then used again in the ‘70s for base models of the Ford Granada. One of the brand’s first thoroughly modern cars at launch, it enjoyed considerable success. Daft name aside, it’s easy to forget just how brilliant the Ford Ka was. Tiny and marvellously cheap, but with driving dynamics to shame many a hot hatchback and some seriously cute styling, there’s no wonder it became one of the brand’s biggest success stories, remaining in production virtually unchanged from 1996-2008. The Granada was Ford’s largest executive car until 1994. Big, imposing and luxurious, it became known by some as ‘the poor man’s Mercedes’ and offered British buyers an alternative to the Triumphs and Rovers of the day. The less luxurious sister car to the Ford Zodiac, the Zephyr didn’t offer the same levels of opulence as that car – but still had vast amounts of space and considerably road presence. Sold not just in the UK but Australia, New Zealand, and southern Africa, the Zephyr is a classic worldwide. 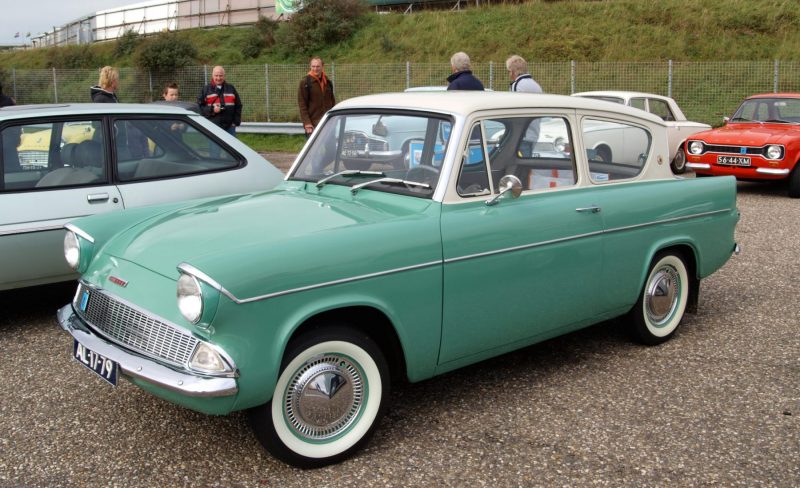 We can’t forget the car that soared to fame as Harry Potter’s ill-fated school transport in The Chamber of Secrets, but the Anglia is a great nameplate in its own right. Offering affordable transport to the masses from 1939 until its replacement by the Escort in 1967, the last generation of Anglia also debuted the ‘Kent’ engine – which remained in use in Fords up until 2002. The replacement for the Ford Cortina, the Sierra was one of the first mainstream cars to really employ streamlining. This gave it somewhat challenging looks at first, but a facelift soon fixed matters, and it began to comfortably outsell its main rival, the Vauxhall Cavalier. Cosworth models remain legendary even today. 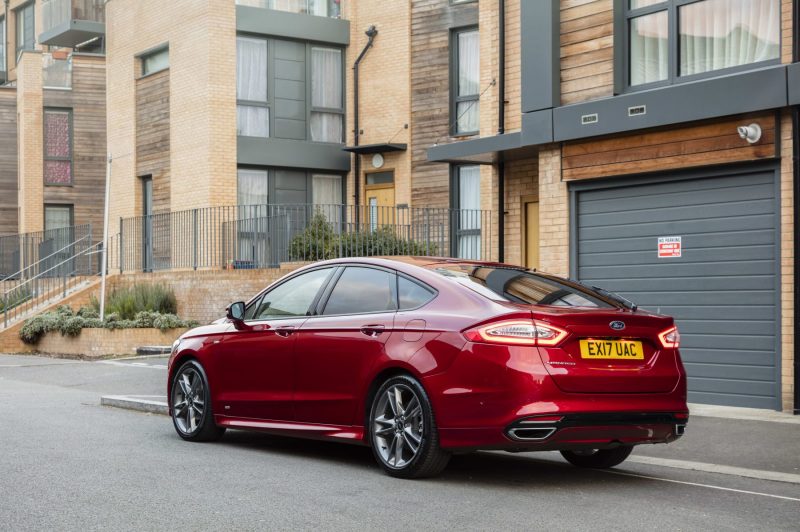 The Sierra’s replacement just pips it in overall sales – the Mondeo is one of the most well-known cars Ford has ever built, even spawning the phrase ‘Mondeo Man’ – the sort of voter the Labour party appealed to during the 1997 election campaign. Through all generations, the Mondeo has been spacious, dependable, and great to drive. 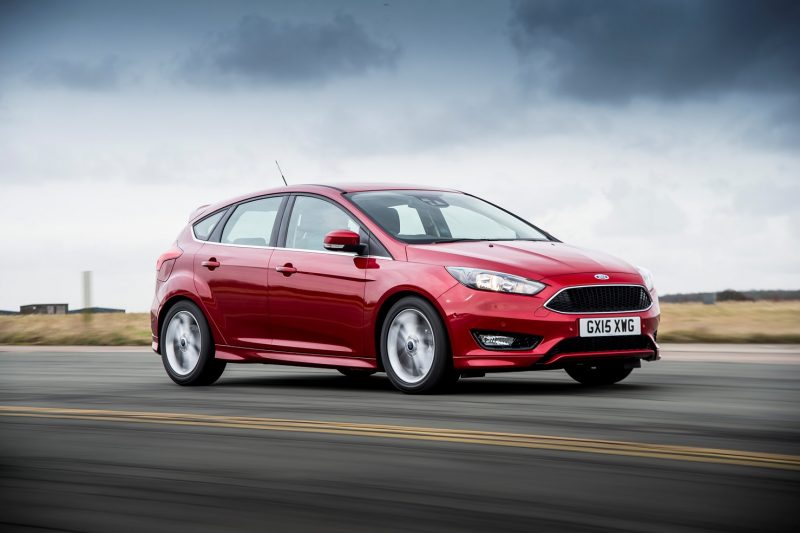 Replacing the popular Escort was never going to be an easy feat, but Ford did it with aplomb, creating the sharp-edged Focus. Right from launch, it was known for being utterly fantastic to drive – Ford’s chassis engineers pulled something out of the bag that they’ve been putting in every car since. It’s fair to say the Escort went downhill as it aged. While the last generation was a stodgy, ugly thing, early cars were marvels – coveted even today for their sweet chassis’, willing engines and stylish, Detroit-inspired body. Rally and racing versions command unbelievable prices at auction – some change hands for hundreds of thousands of pounds. Worth it? We think so. 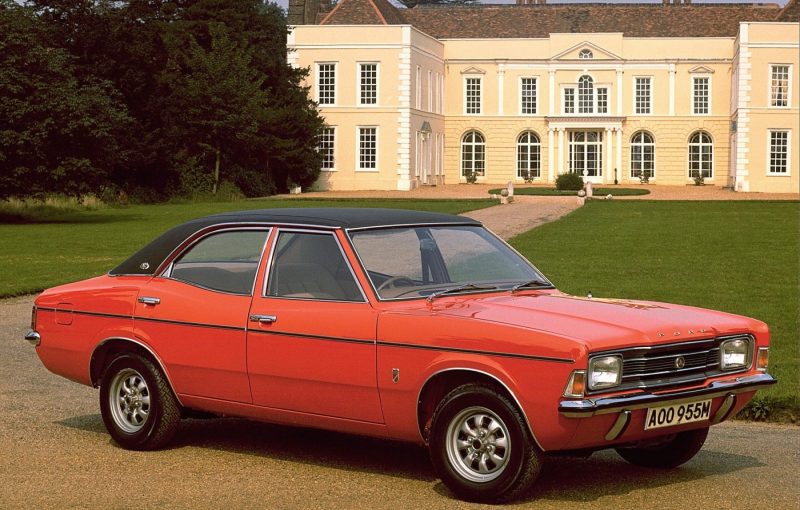 Ford launched the Cortina at the perfect time, offering just what family and fleet buyers craved, There was plenty of room, it was simple to service, reliable, cheap, and good-looking – while the Italian ‘Cortina’ gave it a certain European flair that was missing from its Consul predecessor. 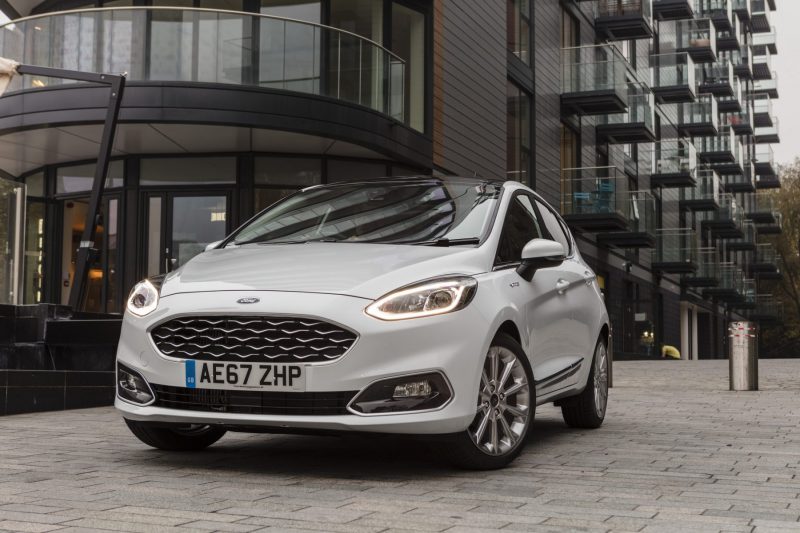 What can we say about the Fiesta that hasn’t been said already? Through eight generations, numerous facelifts and almost 4.5 million buyers, it’s remained a firm favourite with the UK market since launch in 1977.

Though as the car’s aged it’s become more luxurious, more stylish and more efficient, the overarching philosophy that’s kept the Fiesta as a top seller is how good it is to drive. Whether in firebreathing ST form or humble 1.0-litre, every generation of Fiesta has struck the perfect balance of ride and handling to appeal to UK buyers. With the latest model proving every bit as successful as its predecessors, the legacy looks set to continue going forward.