The steering wheel is one of the most important parts of a car’s interior.

Drivers spend most of their time holding it, so it has to be comfortable, but it should also look cool as it’s right in front of you the whole time. With that in mind, we’ve come up with what we think are the 5 greatest steering wheel designs ever. 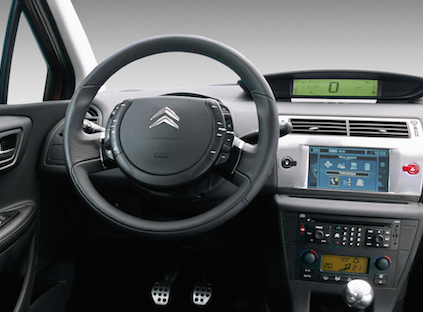 The Citroën C4 wasn’t an exciting car and, at first, its steering wheel didn’t appear to have any special qualities to it.

But there was more to it than met the eye, because the C4 had what was known as a fixed-hub steering wheel. This meant that when you turned the wheel, the part your hands grip moved while the central hub, with the logo and controls, stayed in a level position.

As a result, you didn’t need to worry about your controls rotating to a confusing angle when you went round a corner. We’re rather flabbergasted that this didn’t become standard practice in all cars. Unfortunately, though, the C4 no longer comes with this trailblazing feature.

No car company has ever quite managed to combine speed and elegance as perfectly as Aston Martin, and that sentiment was perfectly demonstrated by this feature on one of the brand’s most exclusive models.

Those lucky enough to own one of the 77 £1.15m supercars certainly got their money’s worth when it came to the steering wheel.

It was a mix of black leather and chrome, with just a hint of coloured stitching – massively aesthetically pleasing, but also able to keep the 7.3 V12 supercar under control at 220mph. 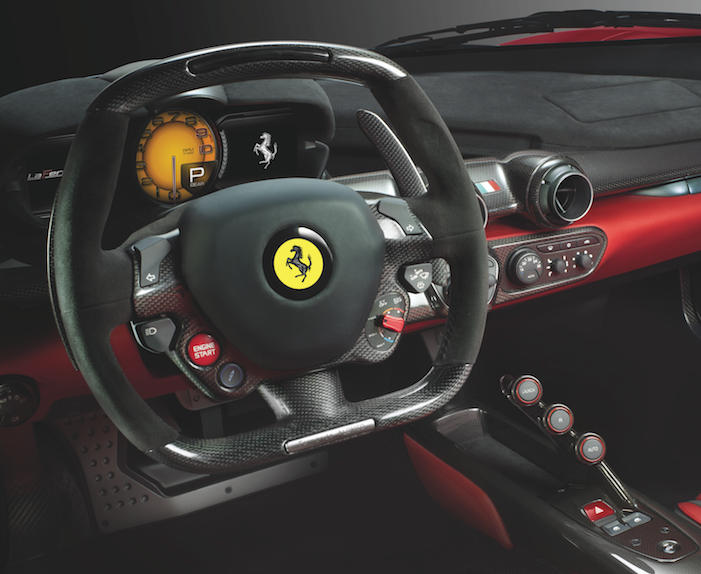 If you want to feel less like a secret agent and more like a racing driver, then this is probably more up your street.

Ferrari has a history of making steering wheels that feel like they belong on a Le Mans car, and the LaFerrari’s is no exception. It’s an extreme-looking carbon-fibre creation, with buttons and switches of every variety all over.

It also has a strip of LED lights acting as a rev counter to tell you when to change gear – just in case you’re not actually the racing driver you think you are. 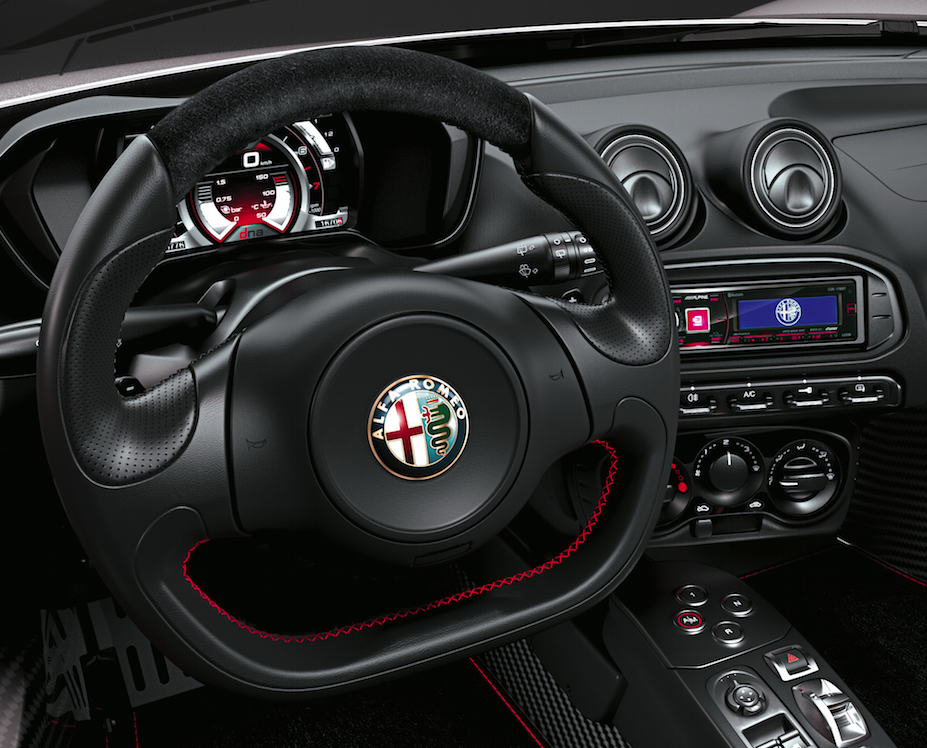 In stark contrast to the other Italian sports car on this list, the Alfa Romeo 4C is made up of a very simple formula. It’s a light car with a small engine and a basic interior.

The steering wheel fits in with this by having nothing on it but a badge and buttons to operate the horn – a pure and uncomplicated connection between the driver and the car. 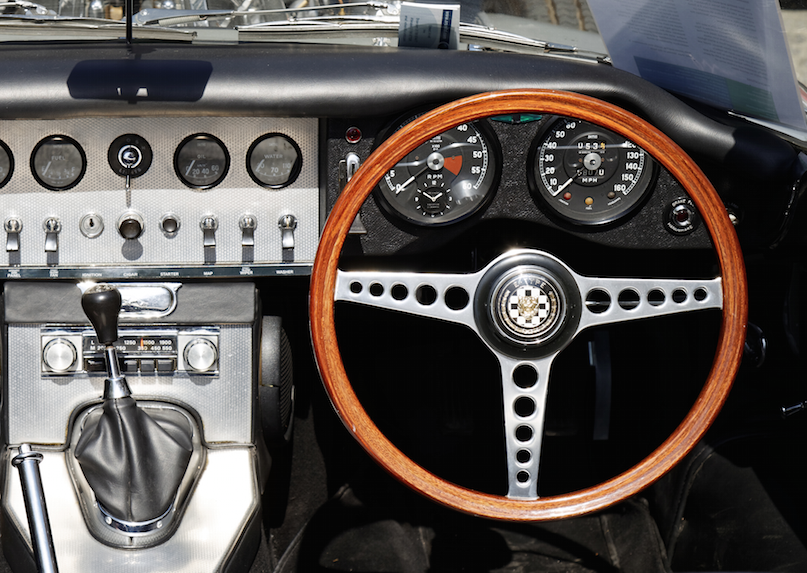 Everyone knows cars looked better in the ’60s. There was no worry over aerodynamics or any complicated performance gubbins. Sports cars incorporated less technology and more aesthetics.

The E-Type’s steering wheel is even more basic than the 4C’s. It’s made of wood and has no power steering or any ulterior functions. This is common for classic cars. But the reason it makes this list is because this steering wheel is just damned beautiful, thanks to the contrast of old-fashioned wood with three sporty-looking spokes connecting the outer wheel to the central hub and its awesome logo. If only car components still looked as perfect as this.