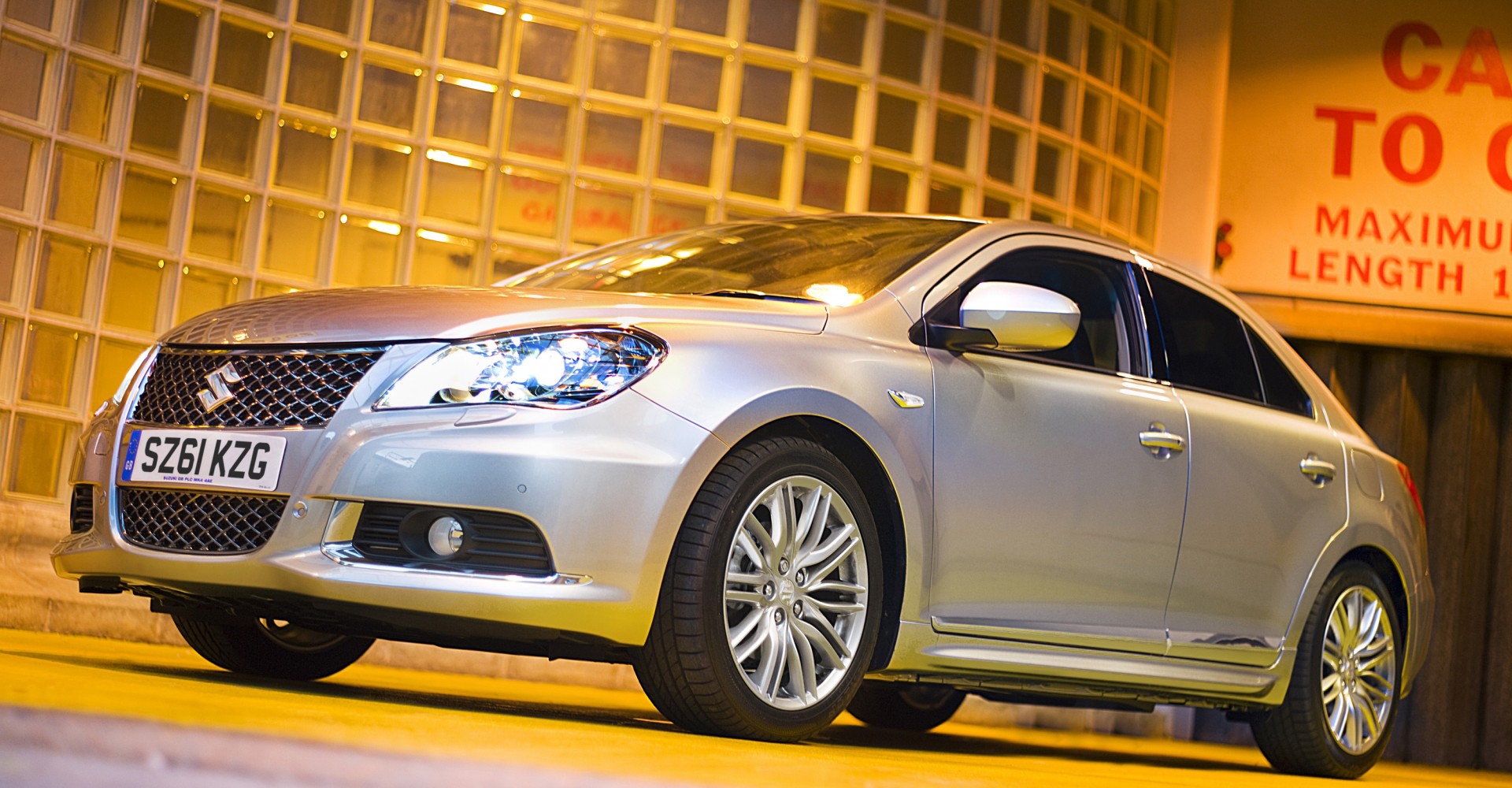 We’re just going to come out and say this: 50 Cent owns a Suzuki Kizashi.

Bankruptcy in the US is a funny thing. If it wasn’t embarrassing enough having to inform the world that you’ve run out of money, you’re also forced – as 50 Cent has discovered – to declare any assets of value.

As interested as we were to see what the bulk of Fiddy’s car collection consisted of – a Rolls-Royce Phantom Drophead, a 1966 Chevy Coupe and the obligatory three Chevrolet Suburbans – there was a stand-out gem: a Suzuki Kizashi.

That’s right. The ‘In Da Club’ star shunned BMWs, Mercs, Audis to have Suzuki’s much-misunderstood four-door saloon sat alongside his Chevys and Rollers – an interesting choice, we think you’ll agree.

If you don’t remember the Kizashi, we’re not surprised – its weedy but thirsty 2.4-litre petrol engine and funny styling meant less than 350 of them ever found homes in the UK, with Suzuki pulling the plug just two years after it arrived.

In Fiddy’s native USA, things were even worse – coincidentally enough, Suzuki’s US arm went bankrupt itself in 2013, taking the Kizashi with it.

You could say that 50 Cent, real name Curtis Jackson, is keeping it real by having the Kizashi in the garage. Though it doesn’t get any more real than having to claim bankruptcy after having a fortune of over £160 million.

And as for the name ‘Kizashi’? It roughly translates as ‘omen’. How eerily appropriate.