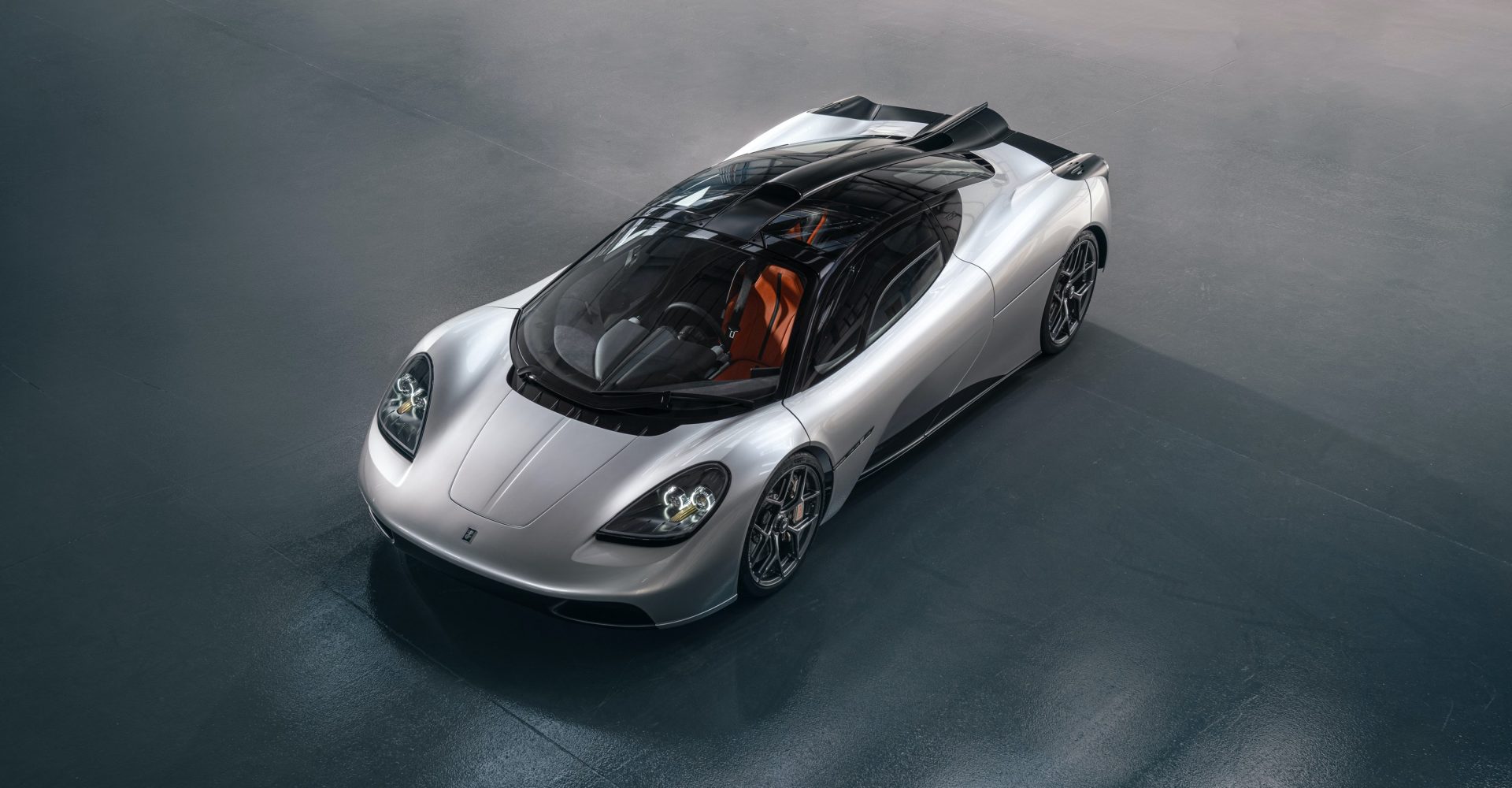 The Gordon Murray Automotive (GMA) T.50 claims to be ‘the most driver-centric supercar ever built’, with the ‘most advanced and effective aerodynamics ever seen on a road car’.

However, the unique selling point is the 400mm rear-mounted fan, which rapidly accelerates air passing under the car. Known as ‘ground effects’, it has a big effect on downforce, so the technology allows for the surface of the car to have fewer aerodynamic devices resulting in a cleaner design.

The fan is run by a 48-volt motor, and has six different modes to optimise airflow for high downforce or high top speeds.

Speaking of the fans, which Murray also used on his most famous car design, the McLaren F1, the 74-year-old said: “Next-level aerodynamics allow us to avoid the current supercar trend for exaggerated wings, vents and ducts. I was determined to create a clean and pure shape that would remain timeless, ensuring the T.50 will still look fresh in 30 years.”

If it wasn’t for the fans, the engine would be a major talking point too. Developed by Cosworth, the engine is a naturally aspirated unit that GMA claims is the lightest V12 ever made thanks to its aluminium, steel and titanium construction.

Murray said of the engine: “To be truly remarkable, an engine needs to have the right characteristics: highly-responsive, an amazing sound, engaging torque delivery, free-revving, and it has to be naturally aspirated. For all those reasons, the engine in the T.50 was never going to be anything other than a V12.”

Customer deliveries of the T.50 will begin in January 2022, and each will cost £2.36m before local taxes.