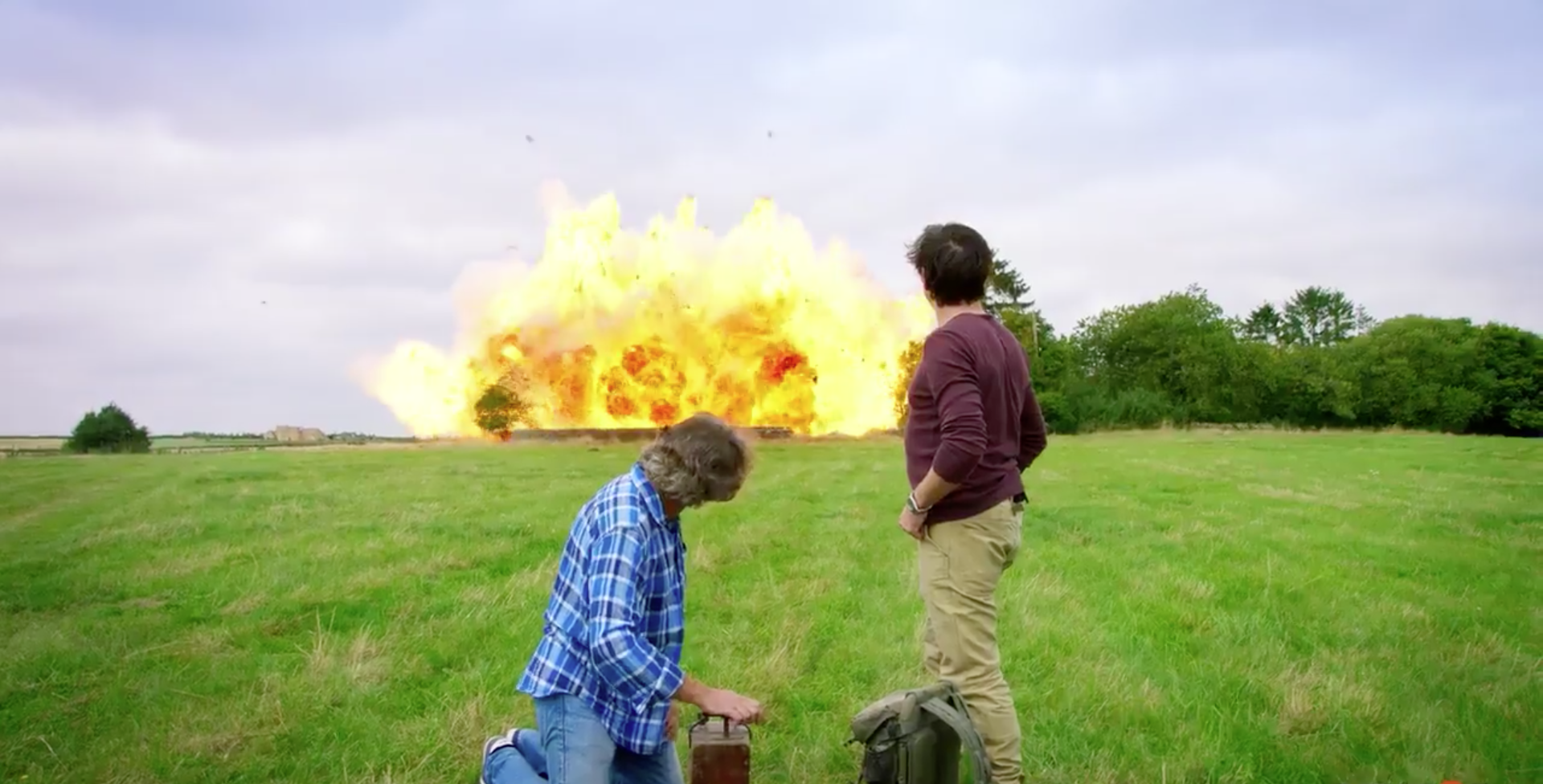 Following last week’s strange and very off-piste effort, The Grand Tour team returned to what is considered to be their bread and butter: a classic lads’ road-trip.

Clarkson, Hammond and May took a trio of cars to Italy in the summer time, and didn’t it look marvellous? Well, except one car.

A car is often an extension of a person's personality. Stream episode 3 of #TheGrandTour on Amazon Prime Video now. pic.twitter.com/0aGNQn2nOy

The utterly ridiculous Dodge Challenger Hellcat took the spotlight away from the beautiful Aston Martin DB11 and the Rolls-Royce Dawn, but we guess that was the whole point.

Just relax and enjoy a bit of quiet. Then stream episode 3 of #TheGrandTour on Amazon Prime Video. pic.twitter.com/J5b5Ja0NGy

Moving on from episode two, which was widely panned by audiences, the reception has been much better for this third episode. We’ve rounded up some of the best reactions from Twitter – they’re mostly positive…

Love this week’s @thegrandtour w/ @RichardHammond in a #Hellcat Just like how it is to own one. Laughing so hard others on the plane staring

The 3rd episode of @thegrandtour is back on point after a disappointing 2nd episode ??

The Grand Tour is ruddy terrible.

Keep trying with an open mind, but good heavens it's woeful.

The Guardian pointed out the show’s use of historic landmarks as a backdrop, which they reckoned was TGT poking fun at Top Gear for using the Cenotaph in a video with Ken Block last year.

And after reports in the papers a couple of months ago, the show gave us the gift of seeing Jeremy Clarkson’s house being blown up after he lost his bet with Hammond and May over which of the Holy Trinity of hypercars would be fastest around a track.

Wow Jeremy Clarkson really blew up his house on the grand tour?

If you thought James & Richard would forget about the bet Jeremy lost, you would be mistaken. Watch #TheGrandTour on Amazon Prime Video now. pic.twitter.com/jozRfFYU9M

Everyone seems pretty pleased with the latest episode, though, and we’re hoping for more of the same come Friday. Roll on episode four!