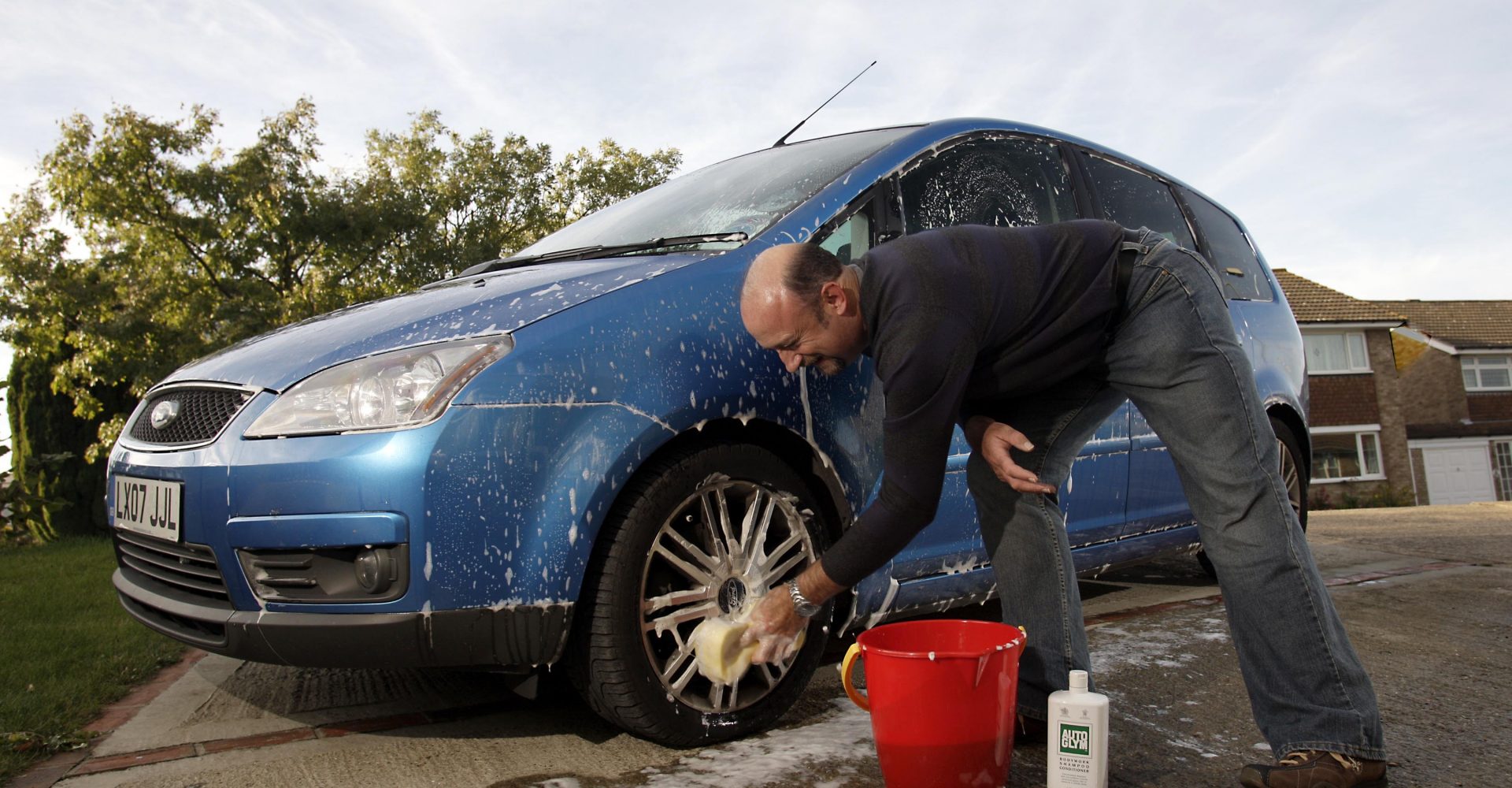 You’ll find them quite easily if you look around your neighbourhood on a Sunday afternoon. They’re the ones with their car out on the drive, working up a lather.

They love a good washing technique, and few things annoy them more than someone doing it wrong. Here are seven things that would blow a hole in their world:

Only using one bucket

Car-cleaning obsessives will always use two buckets to wash the car. One is full of lovely soapy water for actually cleaning it, the other is clean water for rinsing off your cleaning tool so that dirt doesn’t get into it and scratch the car. Lather, rinse, repeat.

It’s that accumulated dirt again. Sponges, they claim, are too flat. Pick up any dirt in one as you do one pass and it’ll stick to the surface of your sponge as you come back again, scratching the paintwork. Detailing nuts will use a washing mitt, which picks the dirt up and hides it away deep in the fibres – until you rinse it off in the rinse bucket.

You just need to work up a lather, right? After all, car shampoo is expensive and it’s just soap, so you may as well use, like, washing up liquid. After all, it’s good on your glassware.

Words to set any car cleaner on edge. Washing detergents damage the top layer of car wax, and without that your paint is at risk in the long run.

Even on a modern car that’s well screwed together, water and dirt from the road will get up and into your seams while driving. If you don’t open your doors, bonnet and boot while washing your car, the detailers will hunt you down.

The woman above is probably taking it a little too far, though…

Worse than that is leaving the underneath of the car untouched. It’s exposed to the worst that the road can offer – at least clean the sills to where it’s painted.

Leaving it to dry

Leaving it to dry in the air will leave streak marks up and down your freshly washed car as the water evaporates – it’s why you should never ever wash a car in direct sunlight. Get a chamois on that thing and dry it off manually for that proper shine.

Putting it through a car wash

Want to see someone who really cares about car detailing explode? Take your car through a car wash – it’s like their Kryptonite