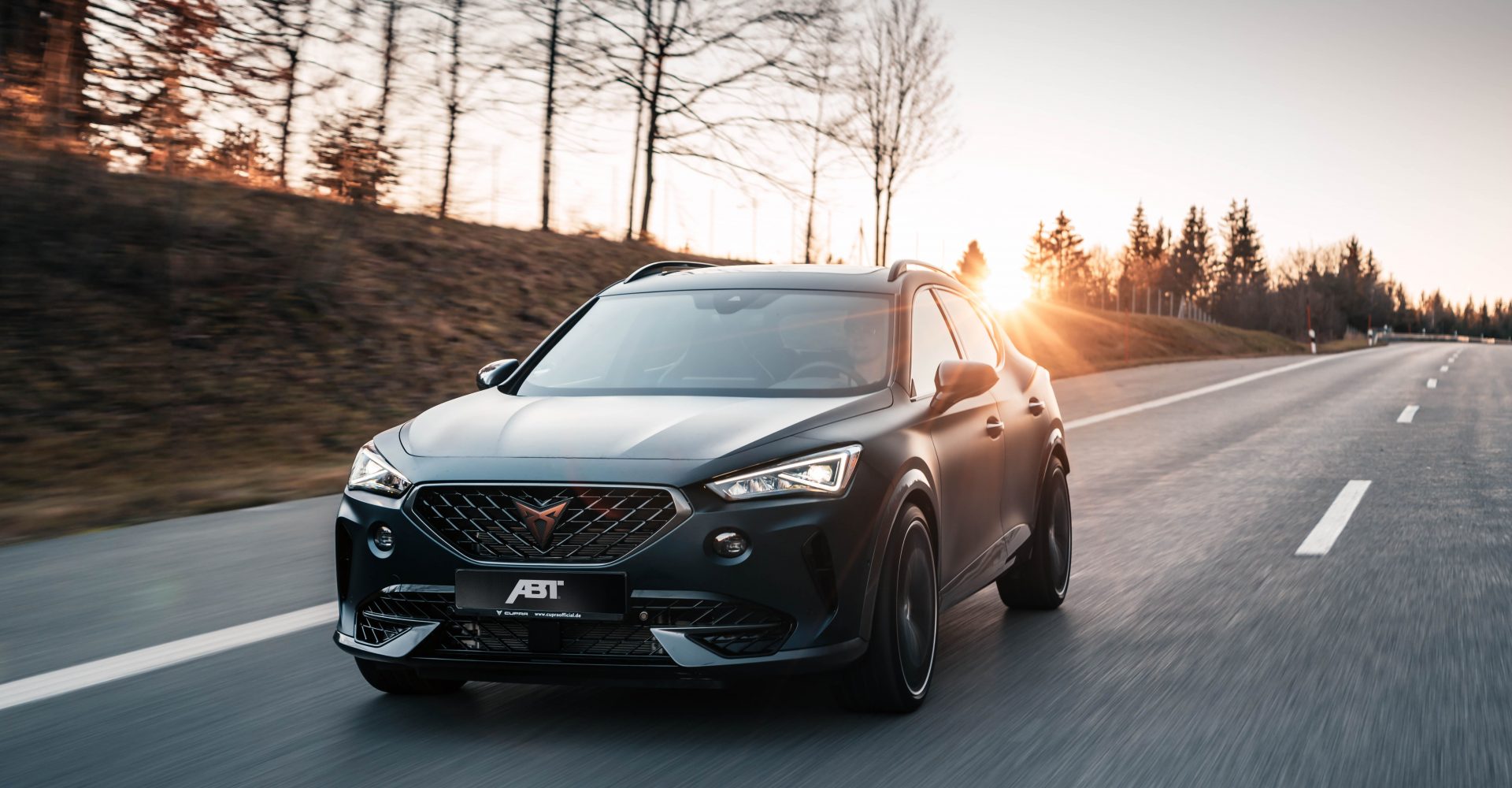 Bavaria-based tuner ABT has turned its attention to Cupra’s Formentor, adding more power and a range of exterior tweaks to the firm’s latest performance SUV.

ABT is well-known for its work with Audi models, having developed higher-power versions of the firm’s S3 and RSQ8.

It also worked with Volkswagen to develop the firm’s first electric van for the UK – the ABT eTransporter.

Chief among the changes comes as a result of the fitment of ABT’s Engine Control system, which helps to boost both outright power and torque. Power rises by 59bhp over the regular Formentor to 365bhp, while torque goes up by 50Nm to 400Nm.

Those power gains for the car’s 2.0-litre turbocharged engine result in a 0-60mph time of 4.3 seconds over the regular car’s 4.6 seconds. In order to give the Formentor even more performance credentials, ABT offers an optional four-pipe exhaust system with matt black stainless steel endpipes.

Revised suspension springs are also available for the active suspension which drop the Formentor by 35mm over the regular car. ABT also offer a range of alloy wheels designs for the Formentor, including the 20-inch ABT Sport GR wheel with its diamond-machined surface or the smaller 19-inch ABT DR.

The Formentor arrived as Cupra’s first standalone model since breaking away from Seat. As well as a 2.0-litre turbocharged petrol, the Formentor is available with lower-powered powertrains as well as a new plug-in hybrid setup.