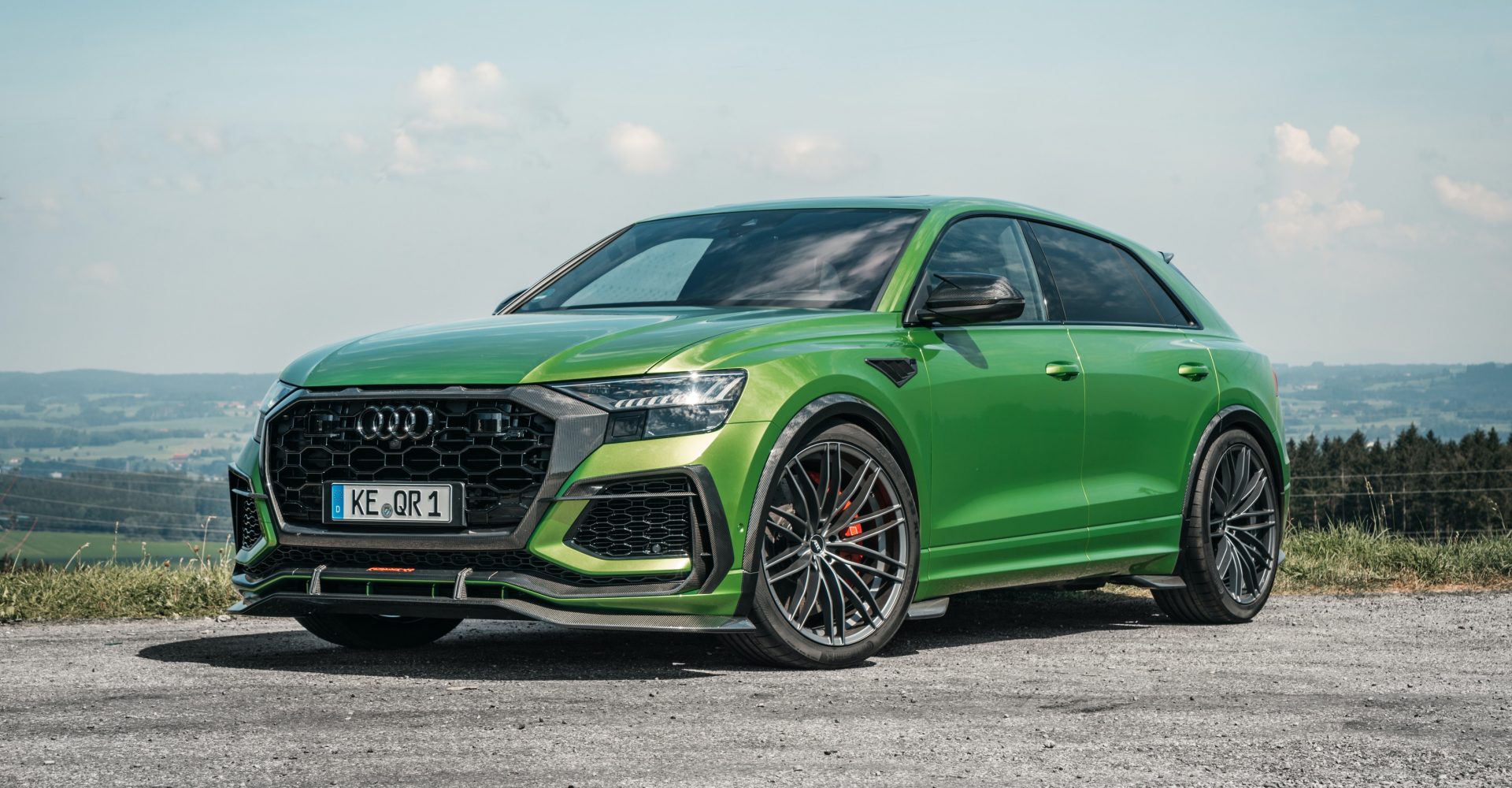 The latest limited-edition, modified Audi to come out of ABT Sportsline has been revealed in the form of the RSQ8-R.

The German tuning specialist has worked its magic on the high-performance SUV, which now has an output of 730bhp and 920Nm of torque thanks to a new engine control unit. Its 0-60mph time is 3.2 seconds and buyers can also opt to increase the speed limit to 195mph.

Limited to just 125 examples to celebrate the firm’s 125th anniversary in 2021, the RSQ8-R also gets a stainless steel ABT exhaust system that amplifies the engine noise, exiting through quad 102mm pipes that make an imposing visual statement at the rear.

Exterior design elements are extensively made from carbon-fibre, including the front skirt add-ons, front lip, mirror caps, side skirts, wheel arch extensions and vents, and rear spoiler. There are also 23-inch alloy wheels designed by ABT.

Inside there are upgrades too, including a new steering wheel, start-stop button cap and gear knob cover. There are also door sills with a ‘1 of 125’ engraving and various unique badges and plaques throughout the cabin.