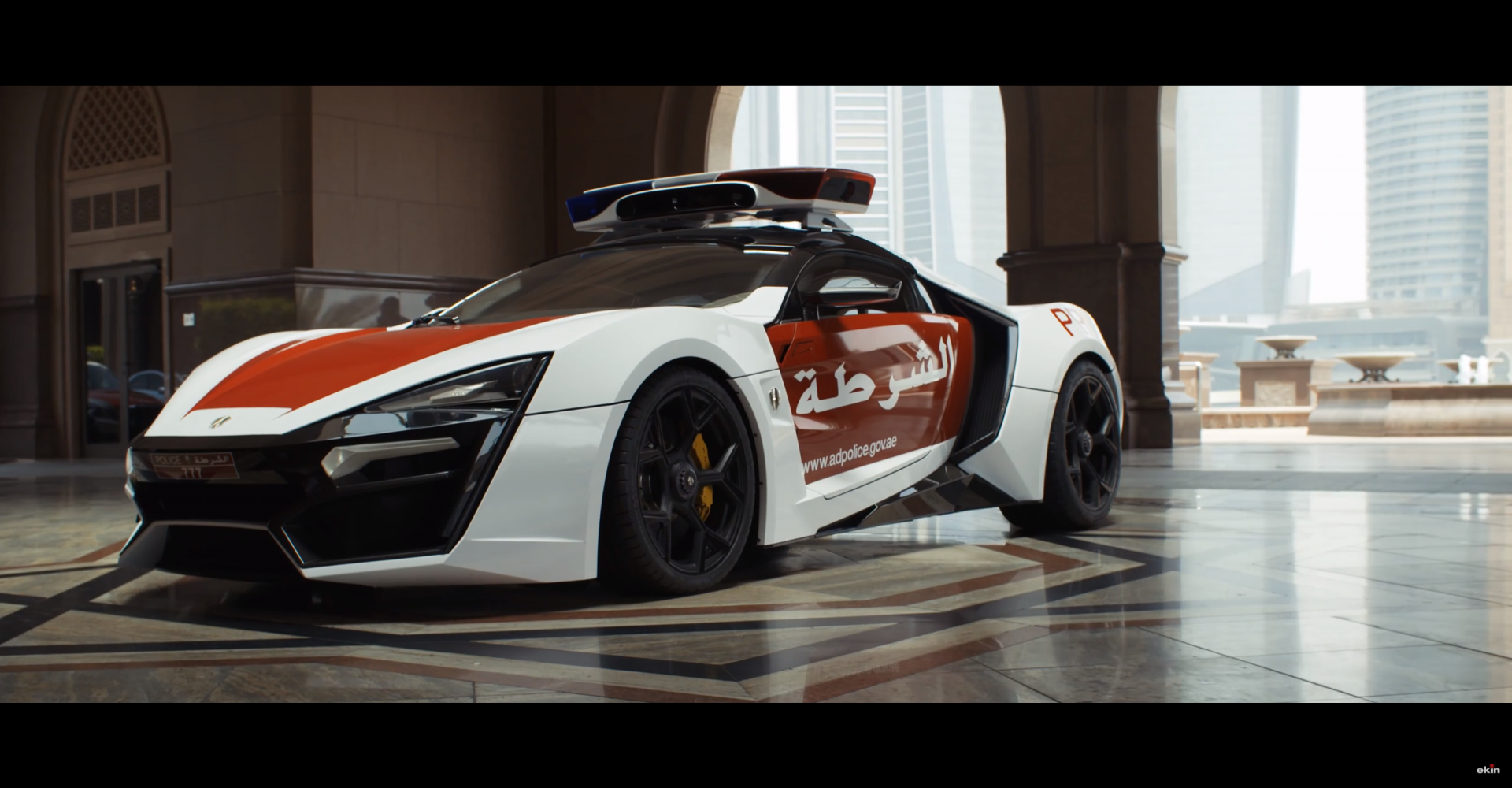 This dramatic looking creation may look as though it was spawned from an exotic Italian supercar maker, but it is in fact a Lebanse built weapon against crime – and it’s called the Lykan Hypersport.

Based on W Motors’ £2 million hypercar, this particular Hypersport is bristling with state-of-the-art technology designed to make it not only the fastest but the cleverest police vehicle you’ll find.

The light bar on the top, though initially looking like an expensive bicycle carrier, in fact contains both cameras and sensors designed to scan the road ahead of it for number plates, which clever systems then automatically cross check with the police database for stolen vehicles. It does this constantly and seamlessly whilst on the move.

Not only does it scan number plates, but it also scans faces. If any of the faces it detects are recognised on the police system, it will alert the driver immediately.

On top of the technology, the Hypersport can go from 0-62mph in 2.8 seconds, meaning even the most determined criminal will do extremely well to outrun it.

Now if you’ll excuse us, we’re off to check for traffic cop vacancies in the Abu Dhabi area…