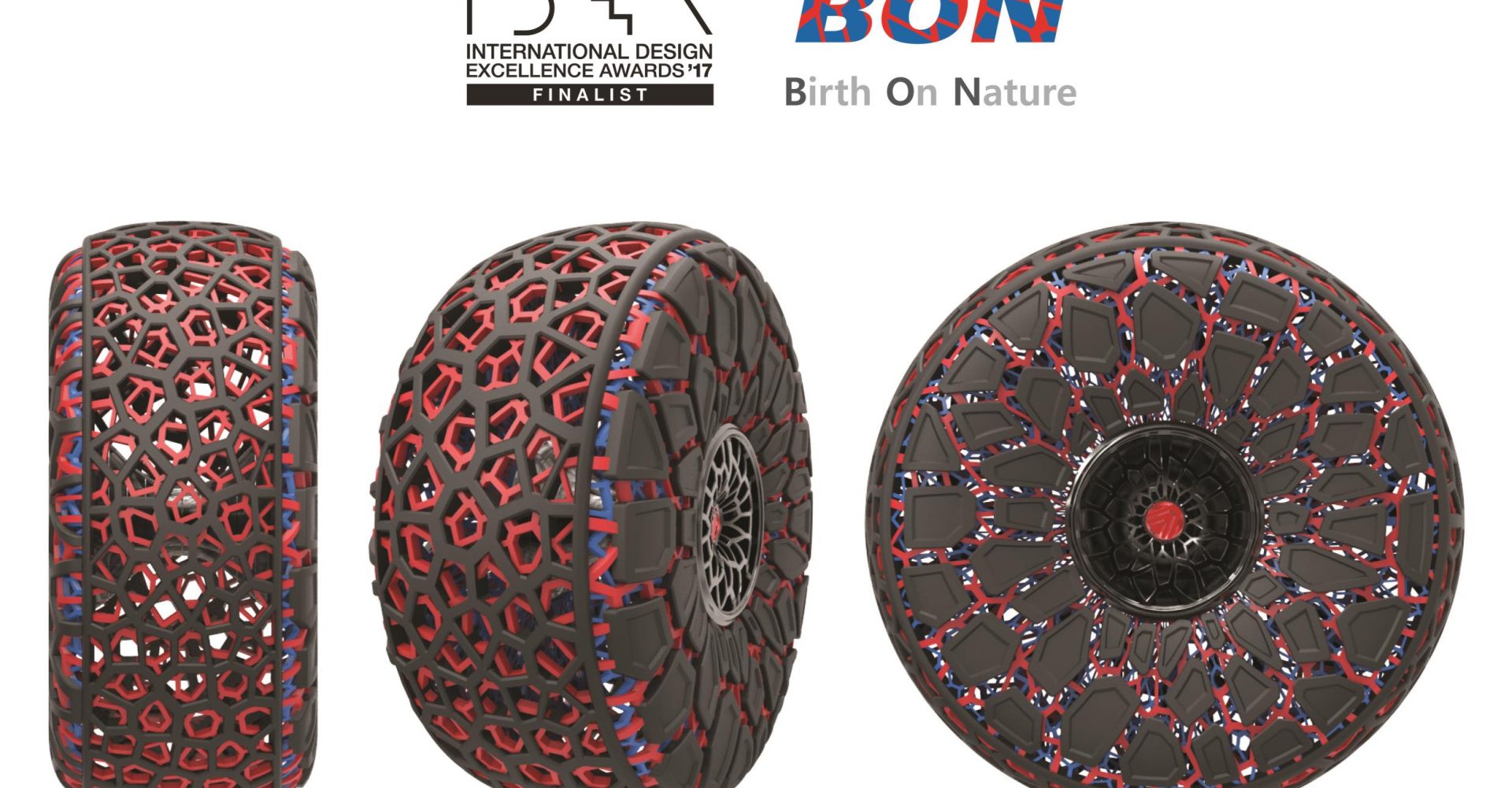 Tyres. They’re round, made of rubber and full of air, right? Wrong.

Well, not completely wrong, obviously. But if South Korean tyre manufacturer Kumho has anything to do with it, tyres could look completely different to what we’re used to in the future.

The BON – or ‘Birth on Nature’ – tyre doesn’t rely on air to hold its shape. Instead, its structural stability is inspired by shapes found in nature – or ‘mimicking such atypical voronoi architecture’, as the company puts it. Yes, quite.

The advantage of this is that it doesn’t require inflation and can’t go pop.

And the idea has just won a prize in the automotive and transport category of America’s International Design Excellence Awards, so it’s not just PR fluff.

Airless tyres could definitely be the next big thing in tyre technology, as they have already been used by the military for their off-road resilience. Quad bike maker Polaris has supplied US Special Forces with all-terrain vehicles that use airless tyres, while Resilient Technologies has fitted Hummers with its own bullet-proof version, seen above.