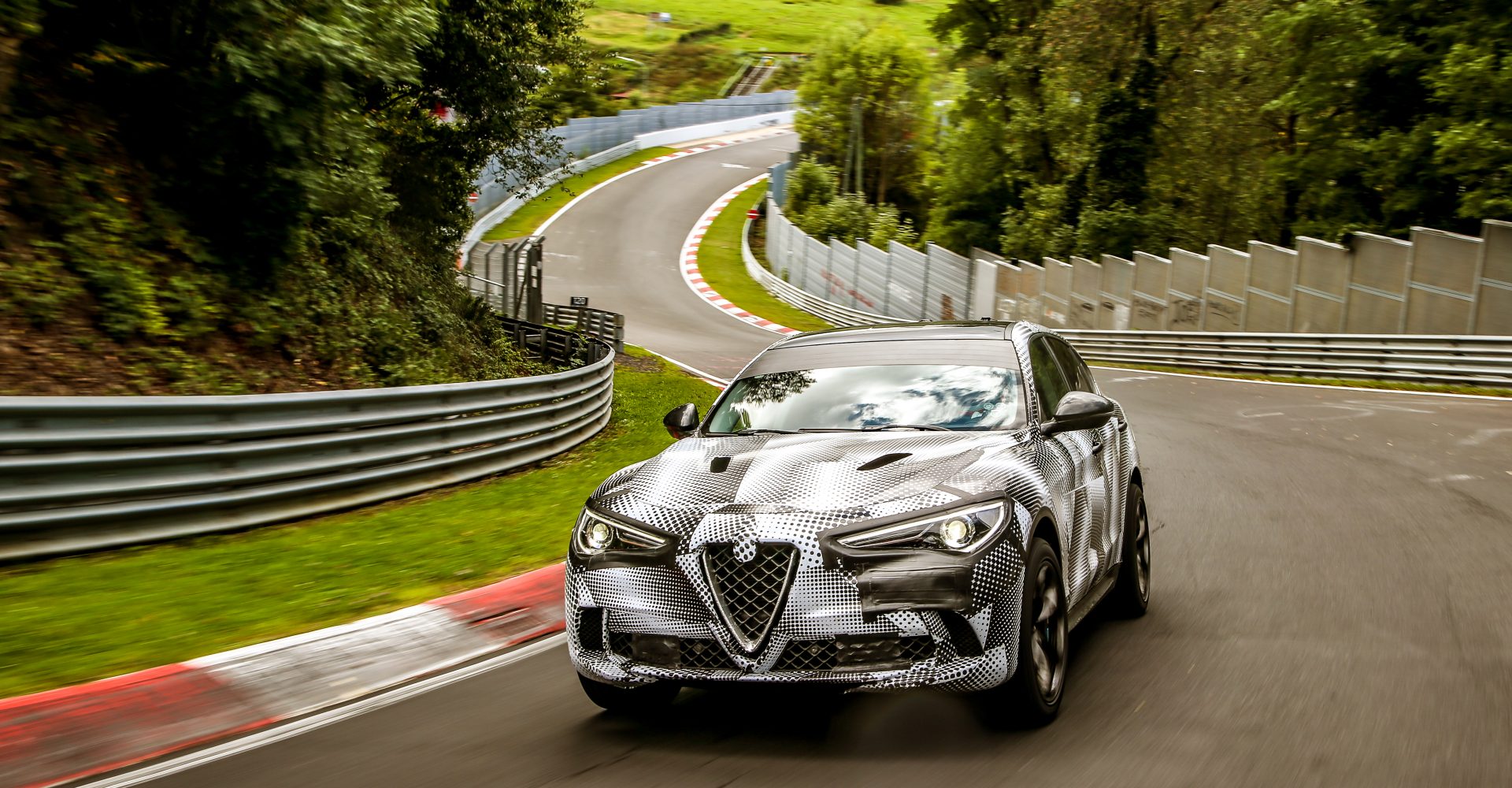 This week has been a busy one as far as Nurburgring lap times are concerned.

Just the other day, Porsche announced that its new 911 GT2 RS had become the fastest production road car to lap the famed circuit, with a time of six minutes and 47.2 seconds.

Now, Alfa Romeo’s eagerly anticipated Stelvio Quadrifoglio has become the fastest SUV to lap the track, posting a rather staggering time of seven minutes and 51.7 seconds. 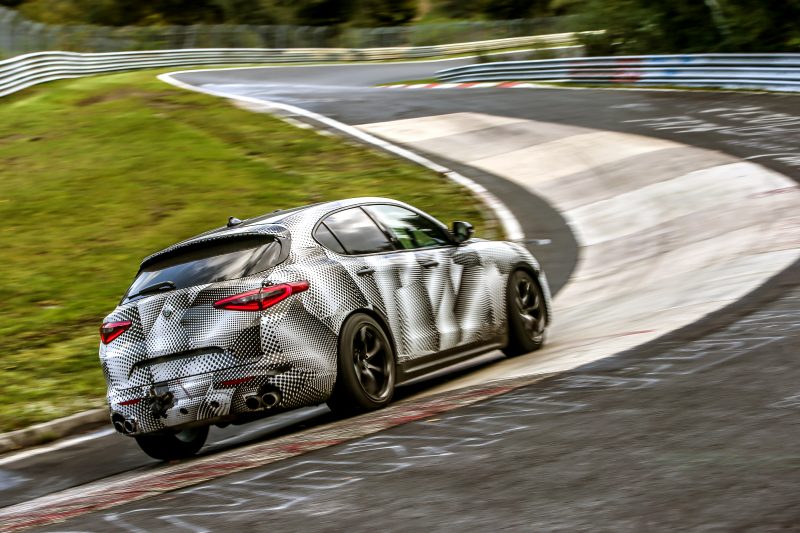 For comparison, the previous record holder for SUVs, the Range Rover Sport SVR, lapped the track in eight minutes and 14 seconds.

Powering the Stelvio Quadrifoglio is a 2.9-litre twin-turbocharged V6, which churns out 503bhp and 600Nm of torque.

Although this is 40bhp and 80Nm less than the SVR, the big Alfa is some 600kg lighter – giving it a considerable advantage through the corners.

The Stelvio Quadrifoglio won’t arrive in the UK until next year, but we’re certainly looking forward to getting behind the wheel.