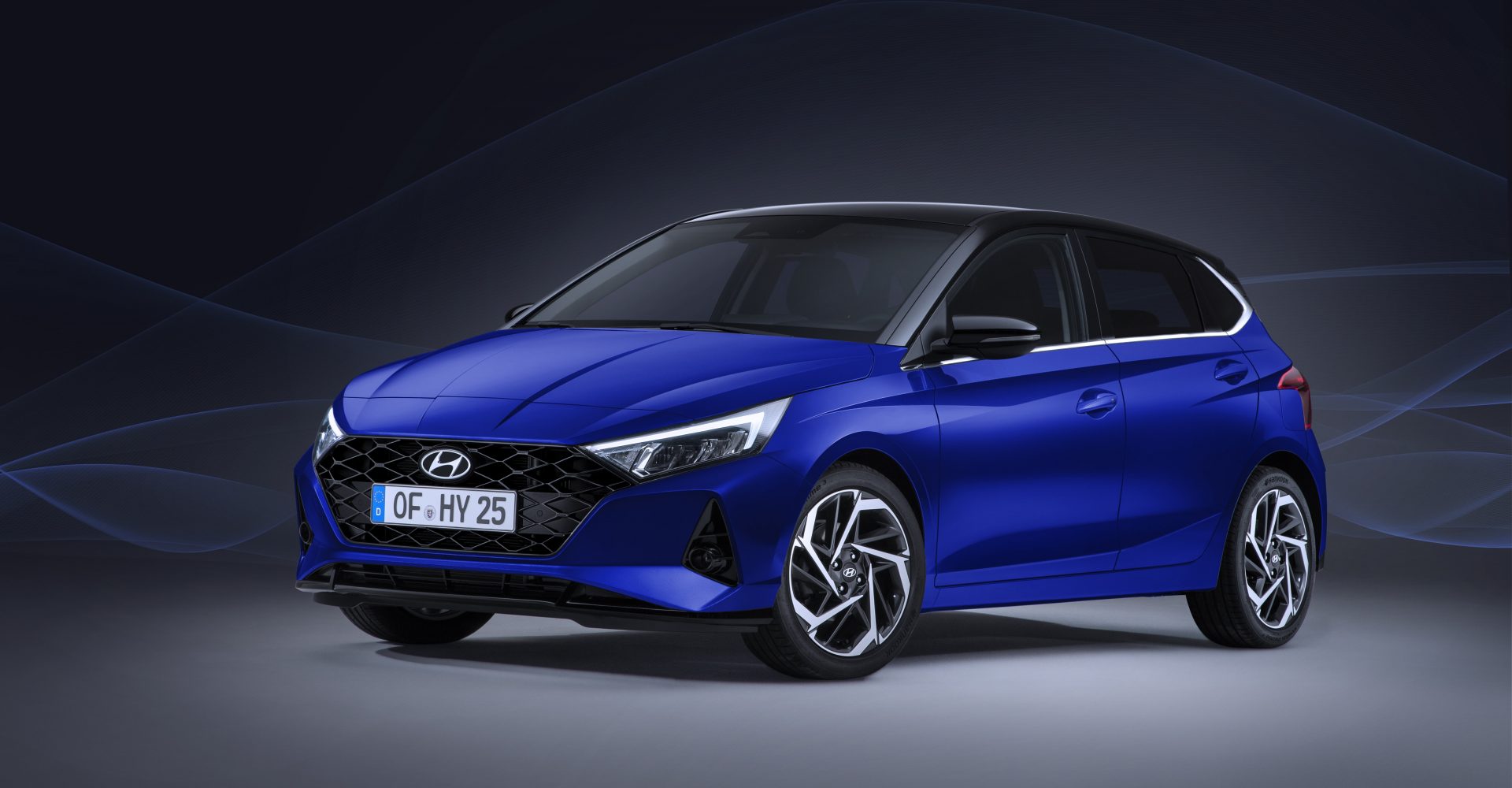 Hyundai has pulled back the covers on the new i20, with the supermini the first car to sport the firm’s ‘Sensuous Sportiness’ approach to design.

Now in its third generation, the i20 has taken on a more aggressive look than before. Up front, sharp headlights flank a wide grille with muscular faux intakes pushed out to each side of the front bumper.

Creases stretch from the front quarter panels, along the door and to the rear with a bold approach to design taken at the back of the car. Eccentric taillights are connected by a bar stretching the width of the car, with a two-tone paint finish seeing the roof and upper boot opening finished in a different colour from the rest of the car.

Underneath the bonnet, a new mild-hybrid petrol setup will be the only offering at launch in the UK. This sees a 1.0-litre turbocharged unit linked up to a 48-volt electric motor, producing 99bhp and delivering power to the front wheels via a six-speed manual gearbox or a seven-speed dual-clutch automatic. No word yet on performance or efficiency figures, though.

Hyundai claims the cabin is roomier than before too, as a result of the i20’s longer and wider body. Boot space is also up to 351 litres, representing a 25-litre increase over the previous iteration.

Stealing equipment headlines are a set of 10.25-inch digital displays — the first mounted in front of the driver in place of traditional dials and gauges with the second mounted centrally and playing host to the i20’s infotainment system. It’s not clear yet if these will be standard or optional equipment, though it has been confirmed Apple CarPlay and Android Auto are available.

There’s also set to be a wireless smartphone charging pad, an eight-speaker Bose audio system and a comprehensive package of safety features available for the car.

Expect to hear more on UK pricing and specifications for the new Hyundai i20 as its release later in the year approaches.