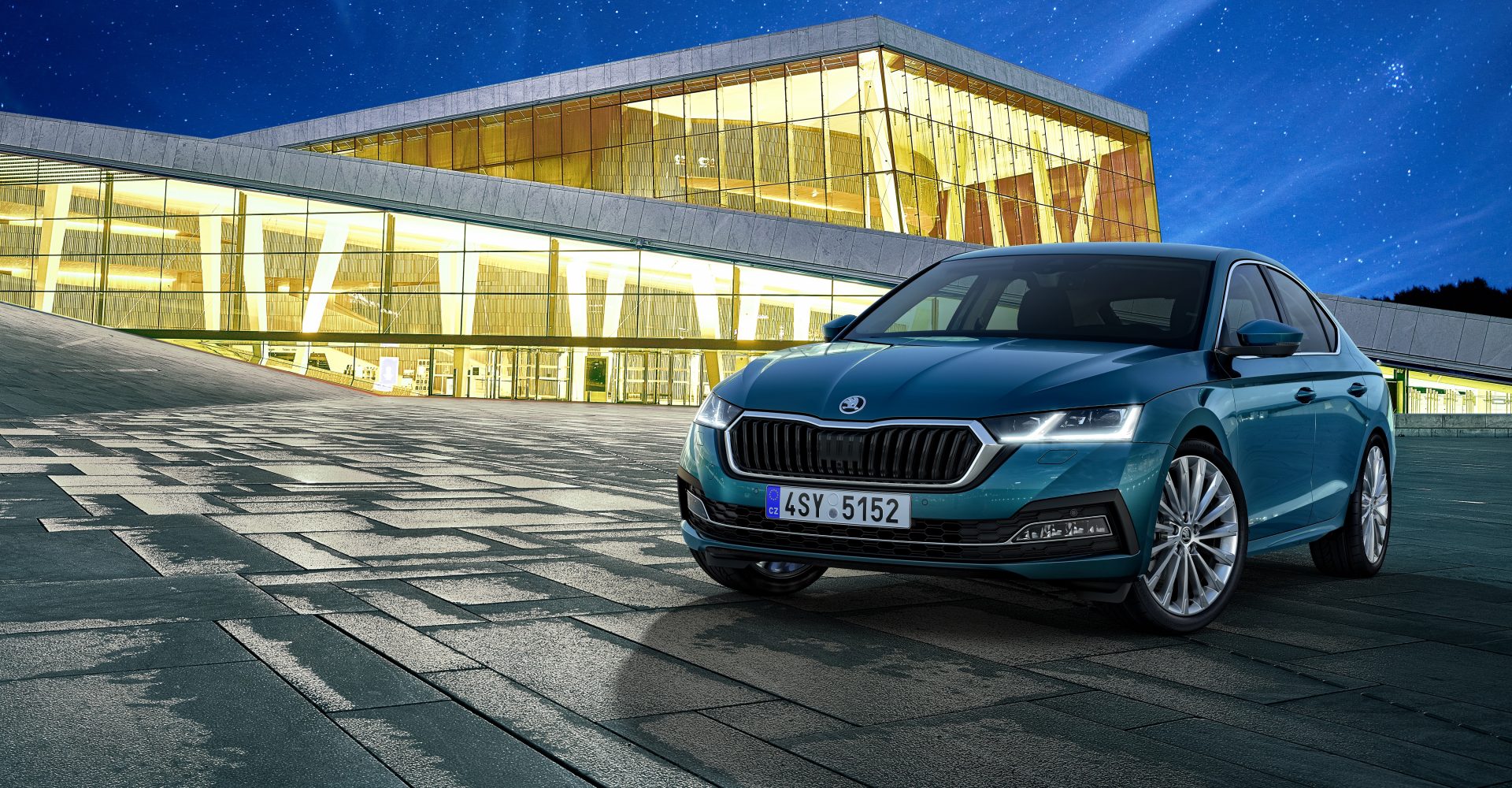 Skoda has revealed its all-new Octavia, with hybrid technology and a new look for the model debuting.

Available in either hatchback or estate forms, the Czech machine takes on the firm’s latest corporate design. The result is thin LED headlights flanking a wide chrome-trimmed grille, with simple body lines and an elegant approach at the rear end.

There’s also more boot space than ever thanks to increased vehicle dimensions, with 600 litres in its hatch body style — rising to 640 for the estate variant.

Powering the car is a selection of petrol, diesel and plug-in hybrid engines. Though full UK availability has yet to be confirmed, we can expect to see the iV model, which pairs a 1.4-litre petrol engine to an electric motor. European markets will also benefit from the inclusion of a CNG-powered option, though that’s extremely unlikely to be brought to the UK.

It’s also the first Skoda to use shift-by-wire for its DSG automatic transmission. This sees mechanical gear selection replaced with electronic controls, in turn translating to a smaller shift selector.

Inside the car, the driver is met with a new two-spoke steering wheel design, featuring a new layout of buttons and scroll wheels to control various functions. Sitting behind that is the firm’s Active Info Display technology, which replaces traditional dials and gauges with a screen to show key information.

A centrally-mounted infotainment system ranges from 8.25 to 10 inches in screen size, which will also incorporate the firm’s new Laura digital assistant — which exists in the same vein as Amazon’s Alexa or Google Assistant. USB-C ports are also dotted around the cabin, which allows for faster smartphone charging where supported.

Skoda has also brought in new ‘Simply Clever’ features to the car, including smartphone storage pockets on the back of the front seats for the benefit of passengers in the rear, along with a funnel built into the car’s windscreen washer fluid reservoir.

Pricing and specifications for the new Skoda Octavia have yet to be confirmed but expect the car to arrive on the market early in 2020.