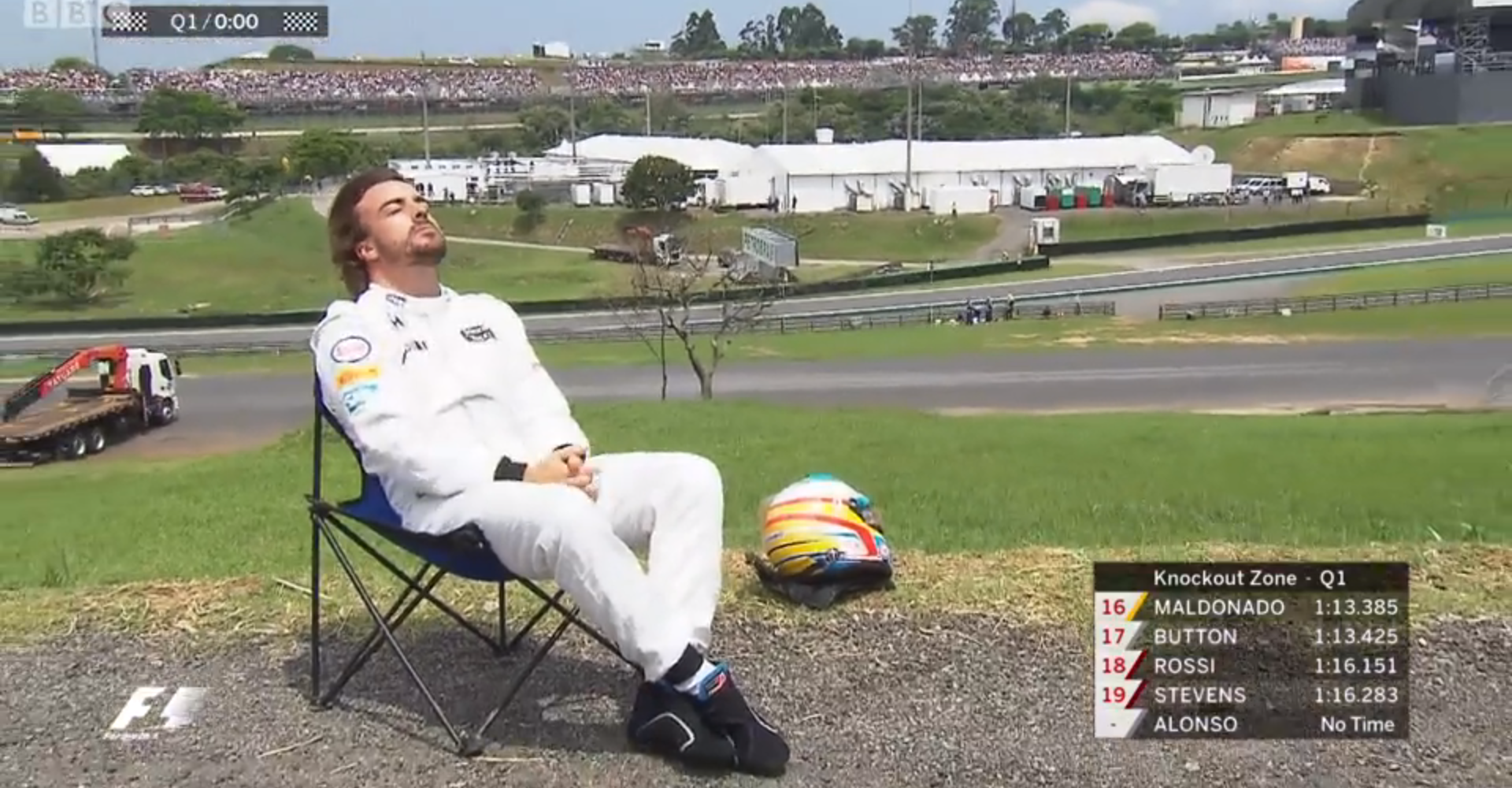 Fernando Alonso isn’t having the best of years in F1.

A surprising, high-profile move back to McLaren has been somewhat tainted by the extremely poor performance and reliability of the new Honda power unit. Touring round at the back race after race – often not even finishing – has tested Alonso’s patience to its limits. 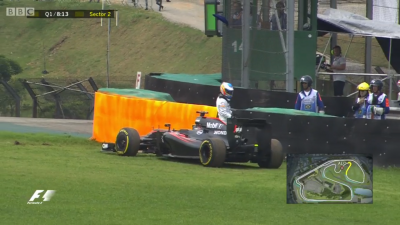 So when his car failed yet again on his very first lap out of the pits in qualifying on Saturday for the Brazilian Grand Prix, rather than make his way back on a marshal’s scooter he stuck himself in a camping chair for a spot of sunbathing as qualifying happened around him.

It didn’t take long for the wags of Twitter to Photoshop the recumbent Alonso into a variety of inventive, alternative situations, imagining where he’d rather be than McLaren-Honda. Here are some of our favourites:

The holy guy on the left. .. pic.twitter.com/kd5MU2KQbe

#PlacesAlonsoWouldRatherBe Champion Of Champions Final, Coventry. A faster pace than his McLaren. @ITV4 from 1245pm pic.twitter.com/UdLoxvX0Dg

Come on Fernando, you know you want to! #PlacesAlonsoWouldRatherBe pic.twitter.com/NuKsRFjqEM

You can find more – many, many more – with the Twitter hashtag #PlacesAlonsoWouldRatherBe