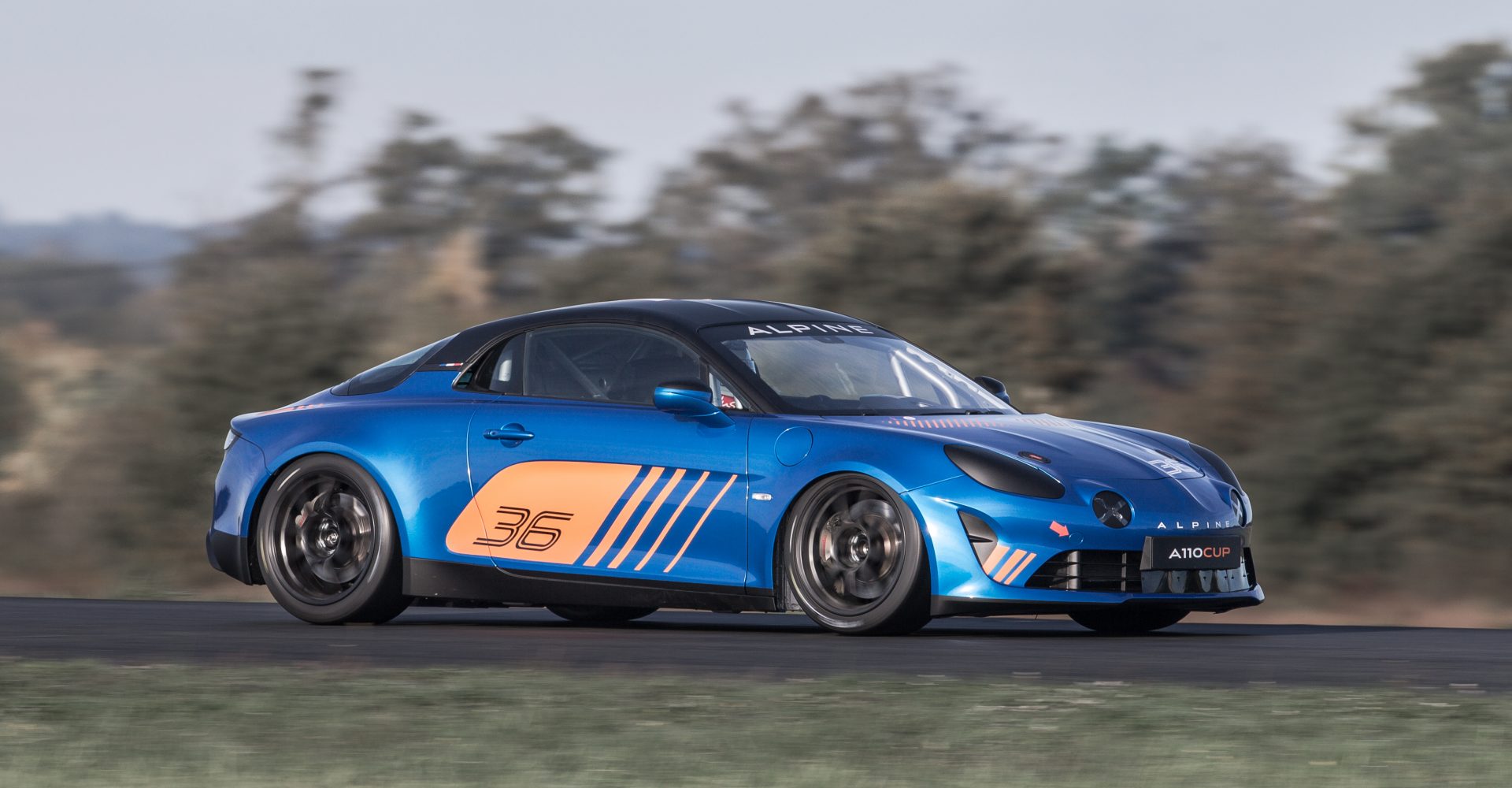 A racing version of Alpine’s A110 has been revealed to compete in a one-make race series.

Alpine has announced there will be a race version of the production A110 to compete in a new one-make race series. The A110 Cup won’t be road-legal so that the manufacturer can get the most performance possible out of it. 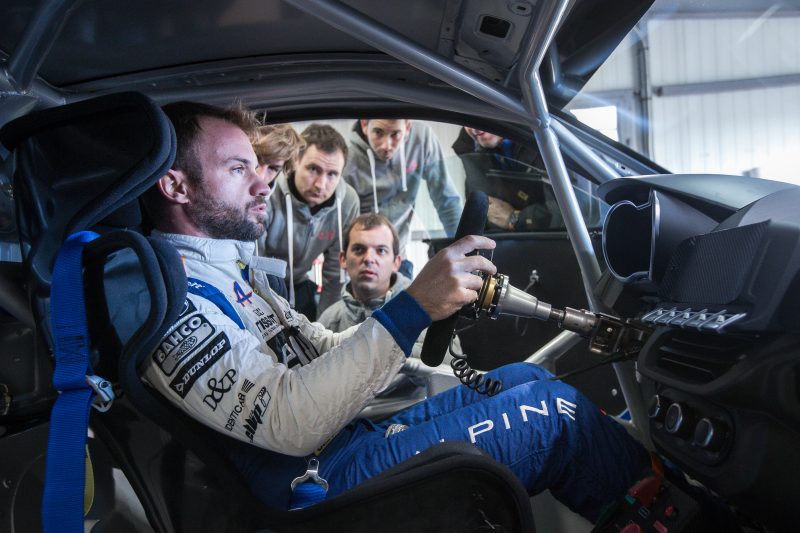 The racing version will have a stripped interior and custom roll cage fitted, making it even lighter than the 1,080kg production model. It’s also likely to undergo modifications to the exhaust system and possibly the 1.8-litre turbo. The car will produce 270bhp – 21bhp more than the road car. 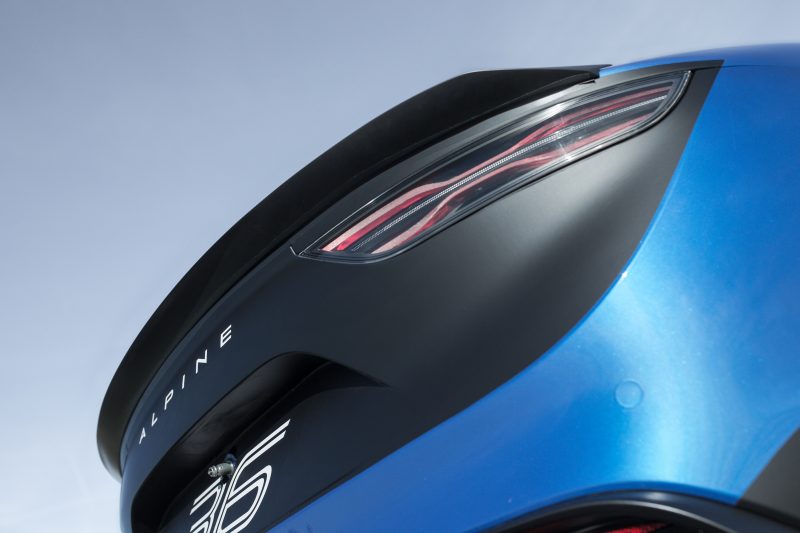 A six-speed sequential gearbox, developed by Signatech and 3MO, six-piston Brembo brakes and Michelin slick tyres also feature on the track car. On the inside, there’s a six-point Hans-compatible harness, racing steering wheel with digital display and controls – and an automatic fire extinguisher, just in case… 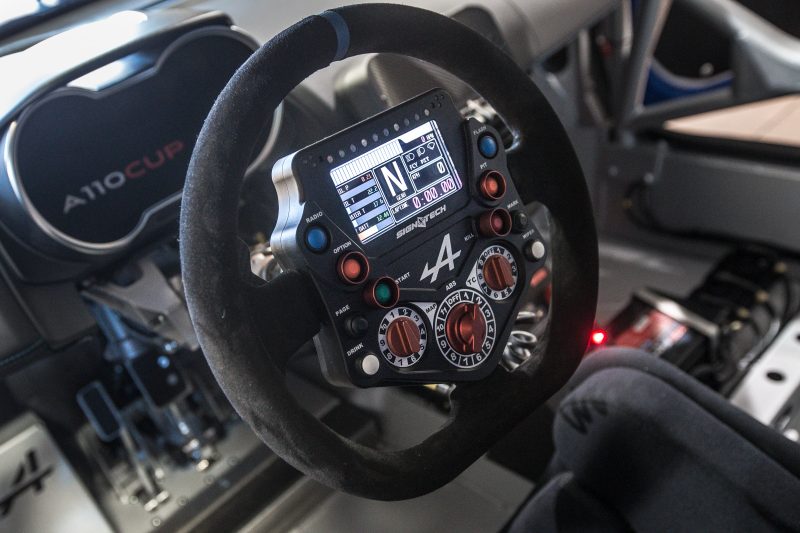 The car is being developed by engineers at Signatech and Renault Sport with the goal of speed in mind. Despite this, air conditioning and adjustable seats still remain in the racing version. Alpine will be charging around £90,000 for the car. It will, however, only be available to buyers who will race in the championship. And as little more than 20 will be available for the first season, Alpine suggests that anyone interested registers soon. 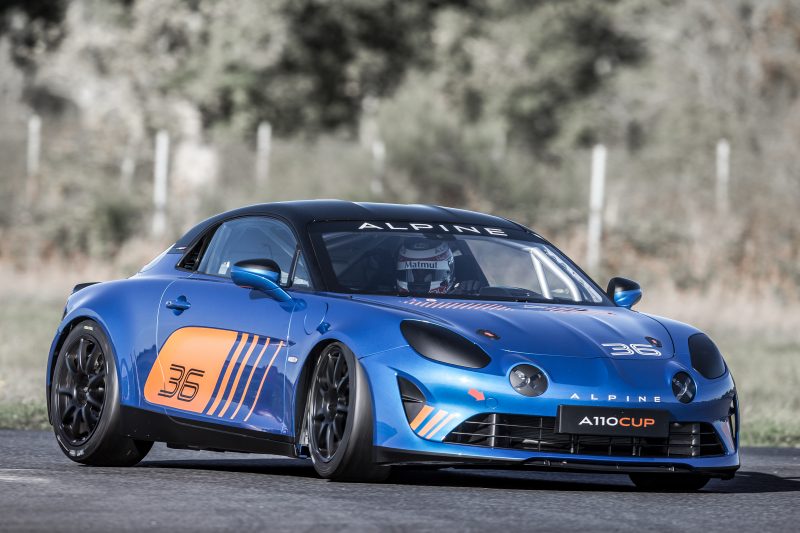 The Alpine Europa Cup starts next June and will comprise 12 races at six venues, including some of the racing world’s best circuits such as Silverstone and Circuit Paul Ricard.

Thinking of buying one of these racing machines? Make sure you get in quick!