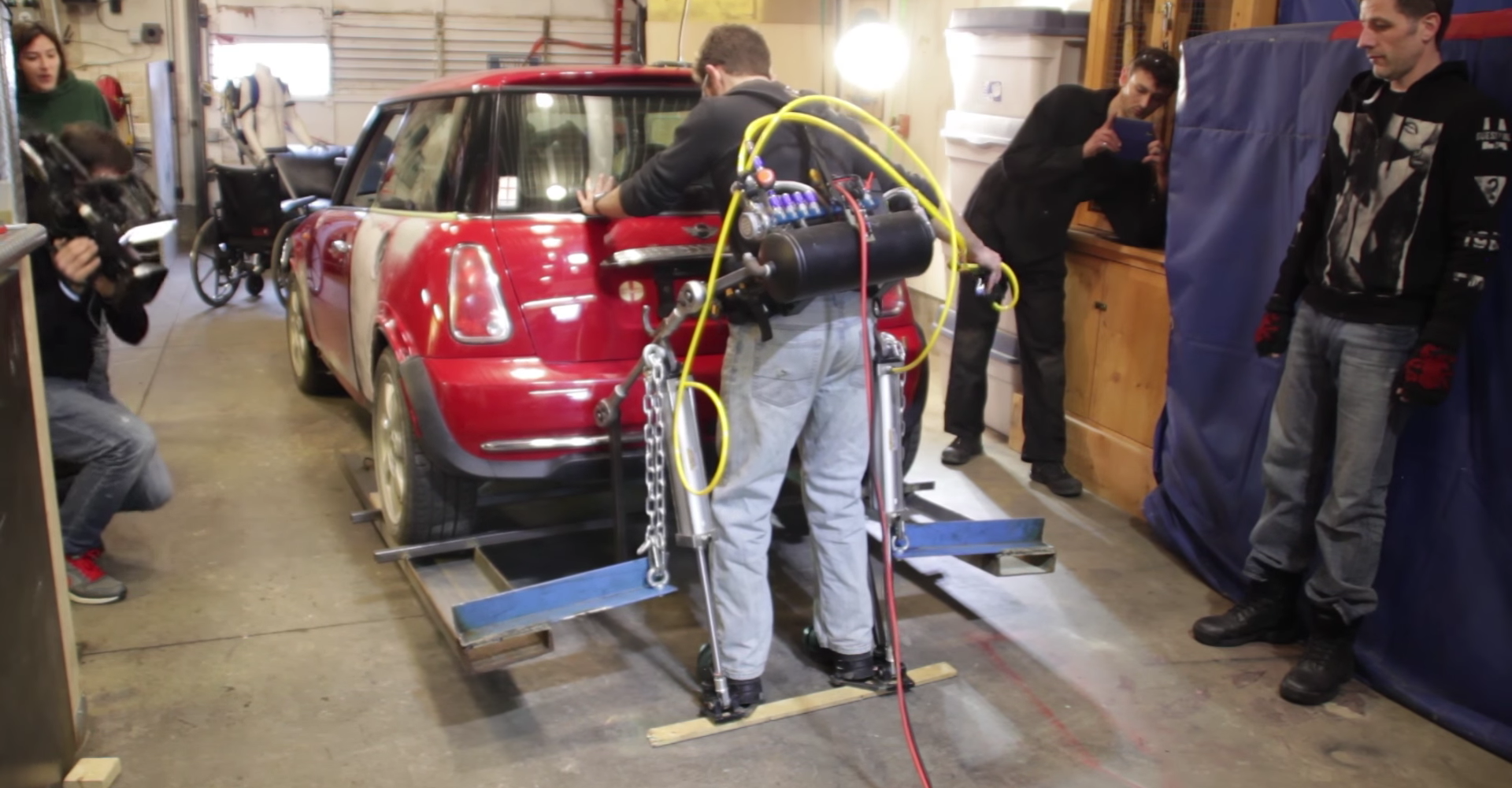 The recent glut of superhero films will make anyone wonder how cool it would be to have superpowers.

James Hobson, also known as the Youtuber ‘Hacksmith’, doesn’t wonder. He builds himself cool things that give him superpowers. So when he sees Iron Man’s suit moving things no ordinary human can shift, he builds one for himself.

Hacksmith has actually quit his job to concentrate on building the suit for his YouTube audience full time and in his latest video he’s testing out the strength of the legs… by trying to lift a Mini Cooper.

Though Hobson and friend can’t lift the car on the own, lifting it with his exoskeleton assisting him easily deals with the half ton rear axle of the little hatchback.

We should point out that Hobson’s suit isn’t actually inspired by Iron Man – despite the neat arc-reactor T-shirt he’s wearing – rather a combat exoskeleton from the most recent Call of Duty games. Several of his other videos deal with the ballistics plastics and thermal vision helmet you’ll find in the series.

He plans to test the suit’s limits out a bit further, by lifting a Chevrolet Silverado next…