The Ferrari LaFerrari may be so good they named it twice, but it’s claimed yet another victim after a Chinese owner is said to have lost control on a slippery road, trashing his £1.2 million machine.

With just 499 built and three destroyed in the last year, owners of the remaining 496 are no doubt rubbing their hands in glee as their pride and joys rocket even further in price. 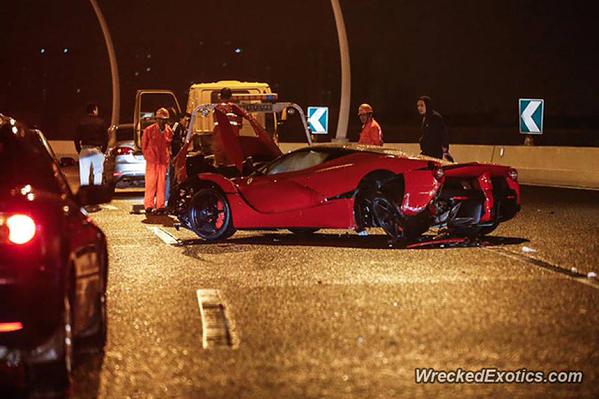 The Chinese owner of the trashed LaFerrari, however, we imagine is slightly less happy. With police ruling out drink or drugs for the smash, it appears that the driver couldn’t handle his car’s 950bhp tally on the damp road.

Thankfully, it appears that it was only his pride that was injured in the wreck. He wasn’t the first to trash a LaFerrari, though, following a smash in Monaco that saw a LaFerrari and VW Golf collide and another LaFerrari driver piloting their car into a ditch in southern France a few weeks ago.

One owner who should be able to handle his LaFerrari, is F1 champ Lewis Hamilton, who is reported to have recently purchased one.