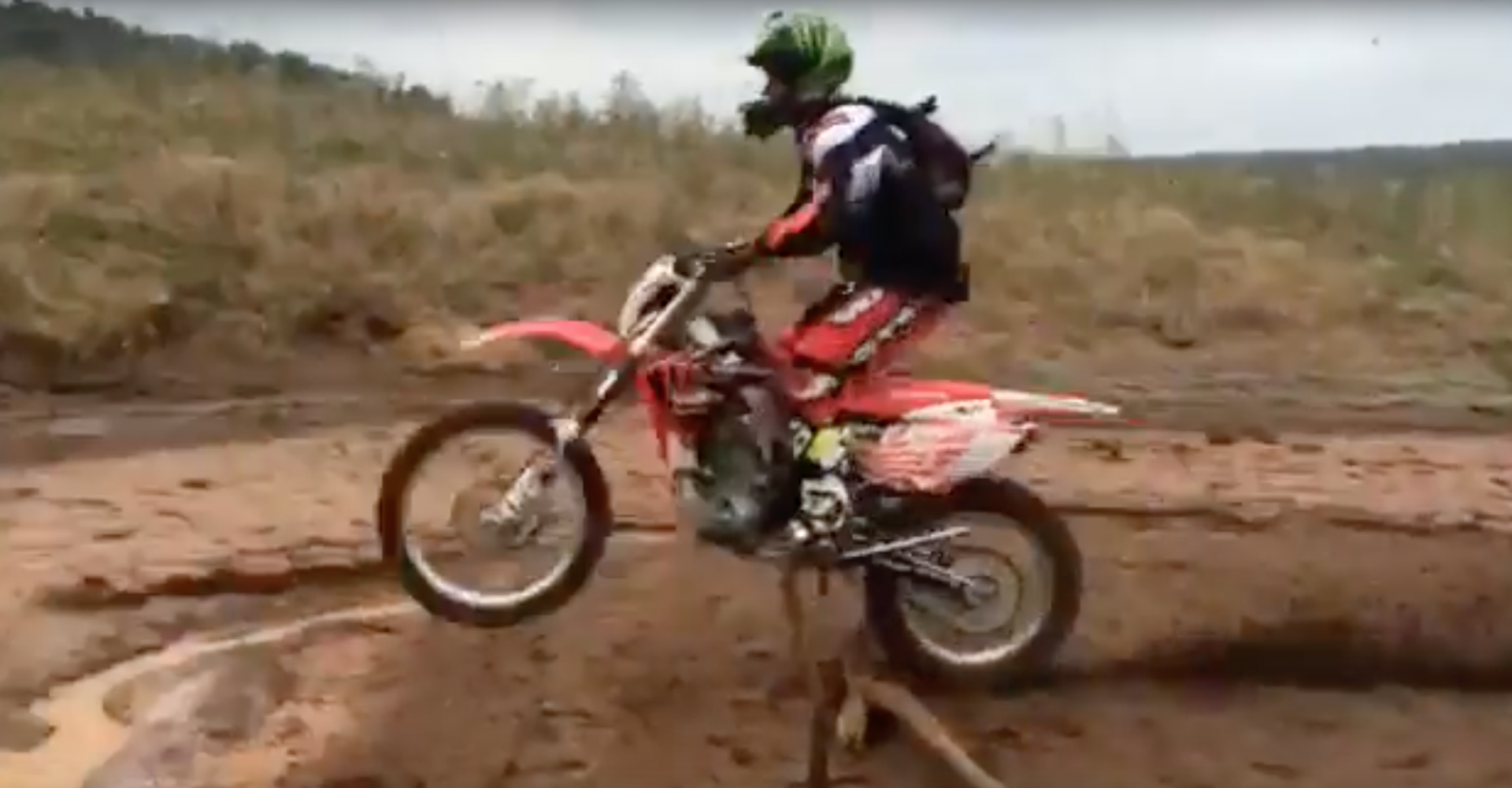 A wannabe stuntman found himself stuck in the mud after jumping his motorbike across a stream.

Set somewhere in South Africa, the rider – who is kitted out in full protective gear – approaches the small river on his red Honda motorcycle.

Video footage, which was uploaded to YouTube last month, shows the biker nearing the jump on the pegs of the bike, before launching over the divide.

After landing, though, the bike immediately sinks into the deep mud, catapulting our unlucky hero over the handlebars and on to his back.

Not wanting to have his style cramped, he sits up and reassures his partners in crime that he is, in fact, OK.

While the footage may not score this daredevil a role as an action film stunt double any time soon, it certainly provided us with a chuckle.

Check out the full video below.