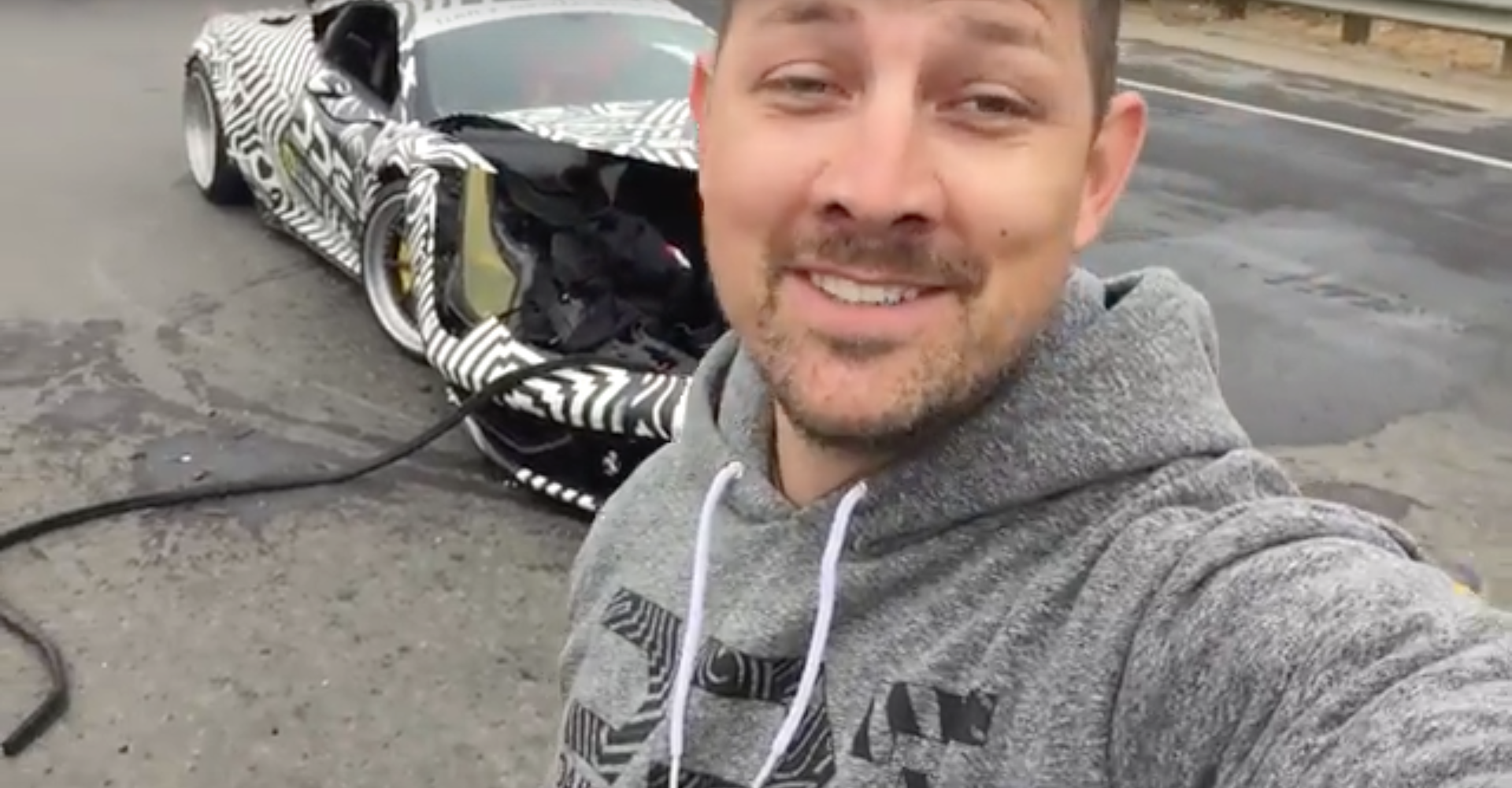 There’s something about occasions when lots of supercars get together that means at least one of them leaves in a different shape to how it arrived. 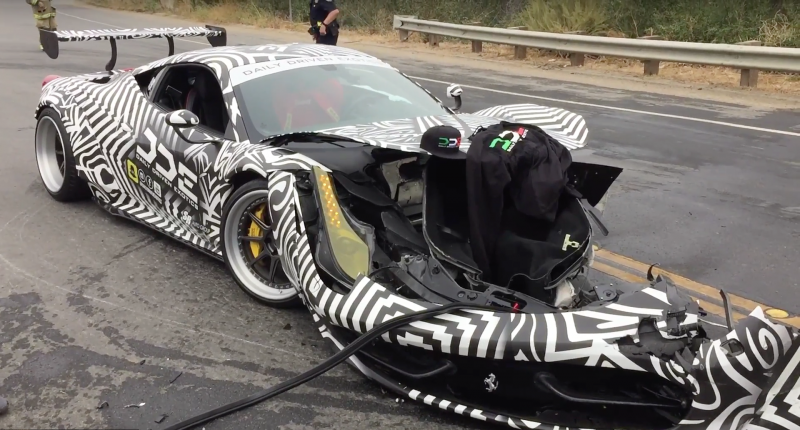 Leaving a car show as part of the Monterey Car Week in California, Fryer seems to have come a cropper, with the result that the entire nose of his rather garish Ferrari has been wiped off.

We’re not totally sure what caused the accident. There’s no obvious damage to any of the crash barriers and no tyre marks to suggest how the car ended up where it did. Fryer comments in his video that “it’s not my fault… this time” and there seems to be another car lurking behind the fire truck with some front end damage, so it’s all a little bit of a mystery. 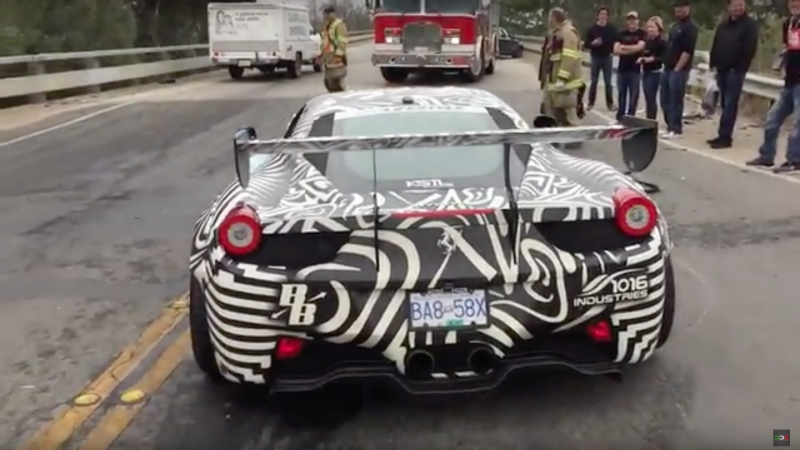 On the bright side, at least Fryer managed to crash his car while driving it and it isn’t wasting its life sitting immobile in a museum as part of someone’s collection.

You can watch his summary of the afternoon below, with some mild but understandable profanity: