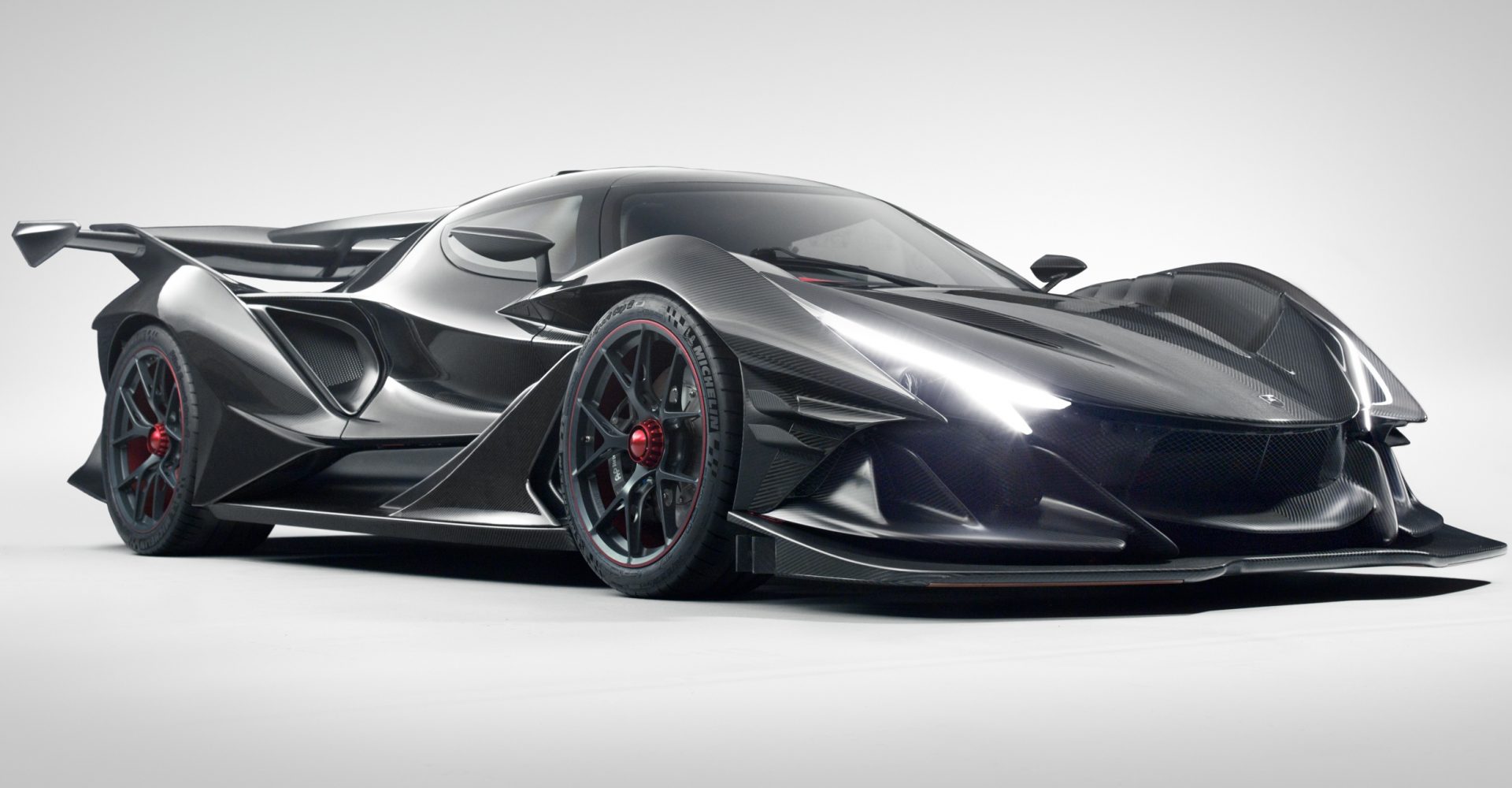 Remember Gumpert and its lunatic of a hypercar the Apollo? Well, they’re back!

The Gumpert name has been dropped and Apollo now takes the starring role — behold, the all-new Apollo Intensa Emozione.

It features looks that would frighten children, plus a monstrous 6.3-litre, naturally aspirated V12 engine developing ‘in excess of’ 770bhp and 700Nm of torque.

The looks aren’t just for show, either. Apollo claims the Intensa Emozione can develop 1,350kg of downforce at 186mph — not far from an LMP2 race car.

In case the crazy aesthetics aren’t loud enough for you, the interior is finished in bright red leather with carbon-fibre highlights just to add to the bold appearance.