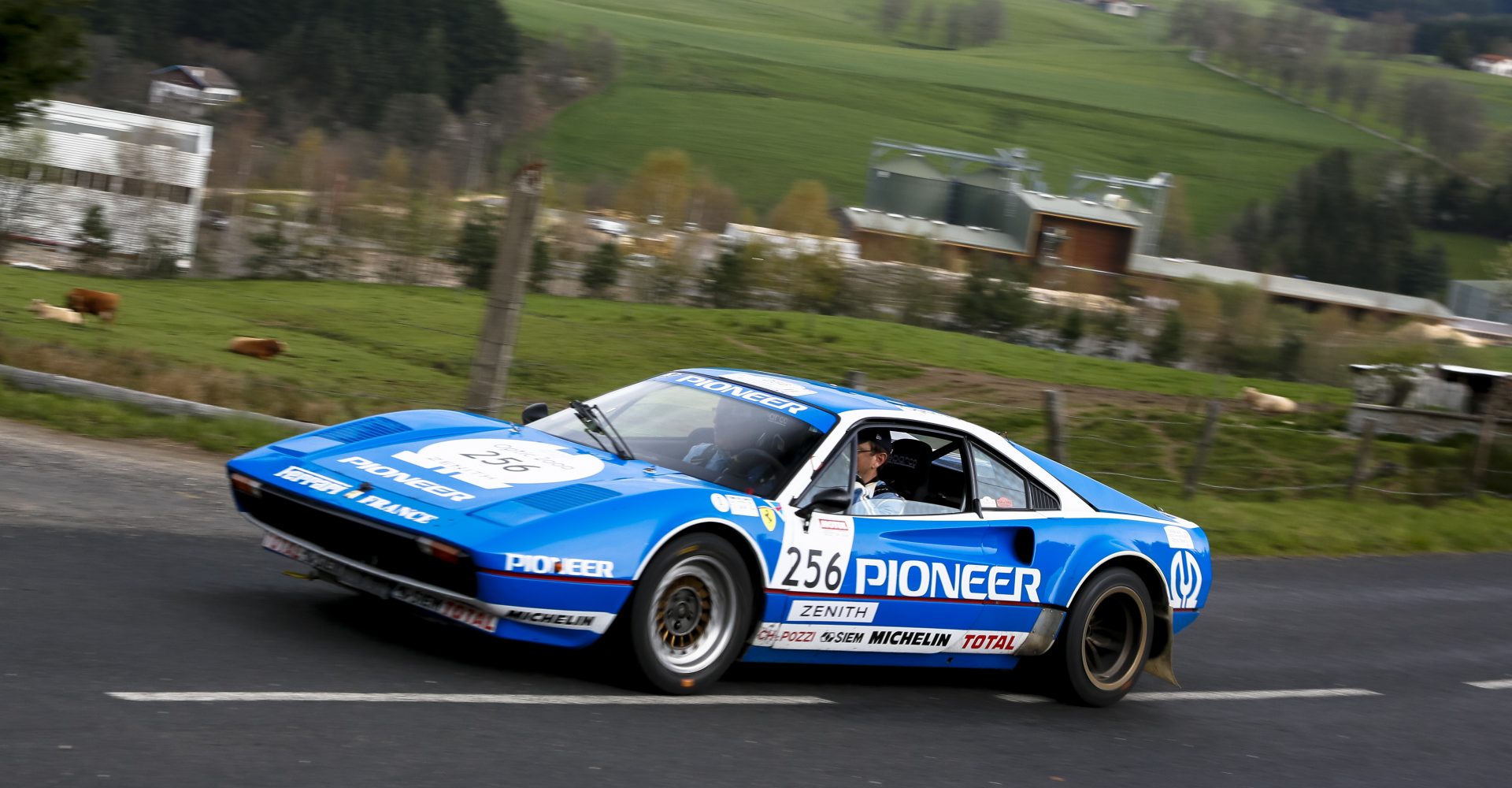 It’s safe to say that supercars aren’t necessarily built for tight, twisty back roads and rock-laden trails, but that hasn’t stopped some from turning supercars into rallying challengers, or in some cases, building supercars purely for the challenges of the World Rally Championship.

Here are some of the greatest rally supercars to grace the stages.

The Group B rallying rules of the 1980s encouraged several manufacturers to build mid-engined rocketships. In rallying trim, Ford’s attempt at conquering the sport had 444bhp from a mid-mounted, turbocharged inline-4 motor. The four-wheel drive flame-spitter debuted in 1986, and became obsolete in a matter of months, with it being involved in one of many fatal accidents that ended the Group B era on safety grounds.

The Lancia 037 came into the world of Group B rallying early on, first appearing in the 1982 season. At that time, four-wheel drive wasn’t quite universal in the sport, and in fact, the 037 would ultimately be the last gasp for rear-driven success in the WRC, taking six victories before it was cut from Lancia’s factory rallying effort in 1984.

The 037 was powered by a supercharged, 2.0-litre in-line 4 motor, which made upwards of 320bhp in its ultimate form.

Before Group B took over in 1982, the flagship category in the WRC was Group 4.

In these regulations, mid-engined cars were still prominent, which is why Ferrari specialist Michelotto saw potential in the 308 as a rally car.

The naturally-aspirated 2.9-litre V8 engine was slightly uprated from the 237bhp available in the road car, and while a single podium was the best result for it in the WRC, it did see far more success in the European championship and national series.

Factory Porsche racing driver Romain Dumas has never been shy of a challenge outside of his regular Le Mans hotseat. Among plentiful evidence of this is his Porsche 997 GT3 RS built by his personal racing team, which he has used in numerous events including rounds of the World Rally Championship.

Based on the 4.0-litre version of the 997 GT3 RS road car, this modern-day take on a rallying supercar makes for incredible viewing on the stages.

The idea of rallying a Porsche certainly isn’t new, and in the 1980s, even the German marque’s flagship supercar wasn’t immune to the rough-terrain.

In fact, the 959 achieved success in arguably the most gruelling rally in the world – the Paris-Dakar – in 1986, at the end of a three-year development cycle designed to gain technical data for the 959 road car; before that, a 911 had won the rally in 1984.

Before the 037 came the Stratos.

Initially competing in the 1974 World Rally Championship, the Stratos shares some similarities with the car it forebears, including its mid-engine layout. However, the engine in question is a rather different affair.

The Stratos was powered by a 2.4-litre, naturally-aspirated Ferrari Dino V6. Power outputs varied, with the early cars boasting 275bhp, and the later versions achieving 320bhp before they were banned from competition.

The Stratos is perhaps the most successful and longest-tenured rallying supercar of all-time, taking three world championships and scoring its final win some seven years on from its debut.