Aston Martin boss Andy Palmer has taken to Twitter to voice his anger at reports that a Valkyrie buyer was selling their ultra-rare hypercar build slot for a significant profit.

The outburst came after United Arab Emirates supercar dealership Knight International listed a build slot for the 1,115bhp hypercar for a staggering £9,999,999 – a massive mark-up on the alleged £2m-£3m asking price – and a Twitter user drew the listing to the Aston chief’s attention.

In his tweet, Palmer says Valkyrie buyers may ‘lose the car’ if they sell their slot, and ‘if they flip, then they never get another special’. Not good considering the array of special Aston Martins that have been churned out in the past few years, and are expected to be in the coming years.

I doubt they have a slot, but if they do and we identify who flipped, they lose the car. If they flip, then they never get another special.

Palmer certainly feels strongly about flipping – which sees car buyers selling immediately for a quick profit. Not surprising when so many have missed out on a build slot as serial car-flippers steal their slots instead. 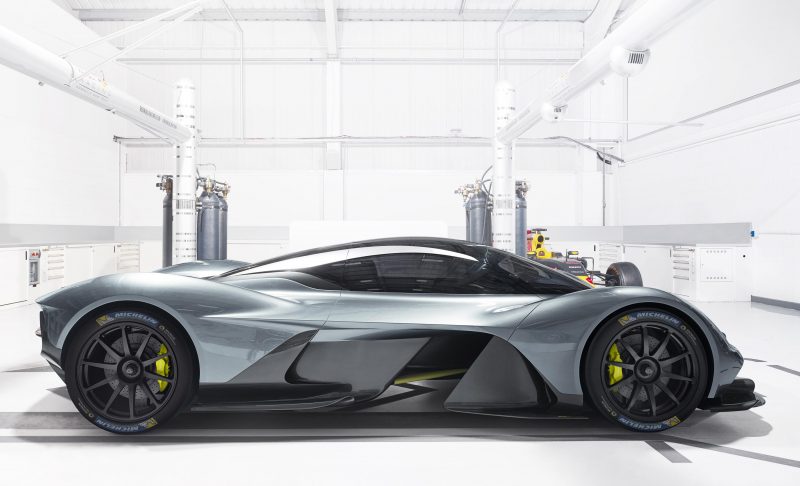 The Valkyrie is Aston Martin’s latest hypercar, developed heavily alongside Red Bull Racing. As we reported three weeks ago, the 6.5-litre naturally aspirated V12, combined with an electric motor powered by a kinetic energy recovery system, produces 1,115bhp. And with a claimed weight of just 1,030kg, it should be capable of some truly incredible performance figures.

It’s great to see the boss of one of the world’s greatest car companies taking a step to make sure that its most ultimate car goes to its rightful owners, and not just those wanting to make a quick buck.