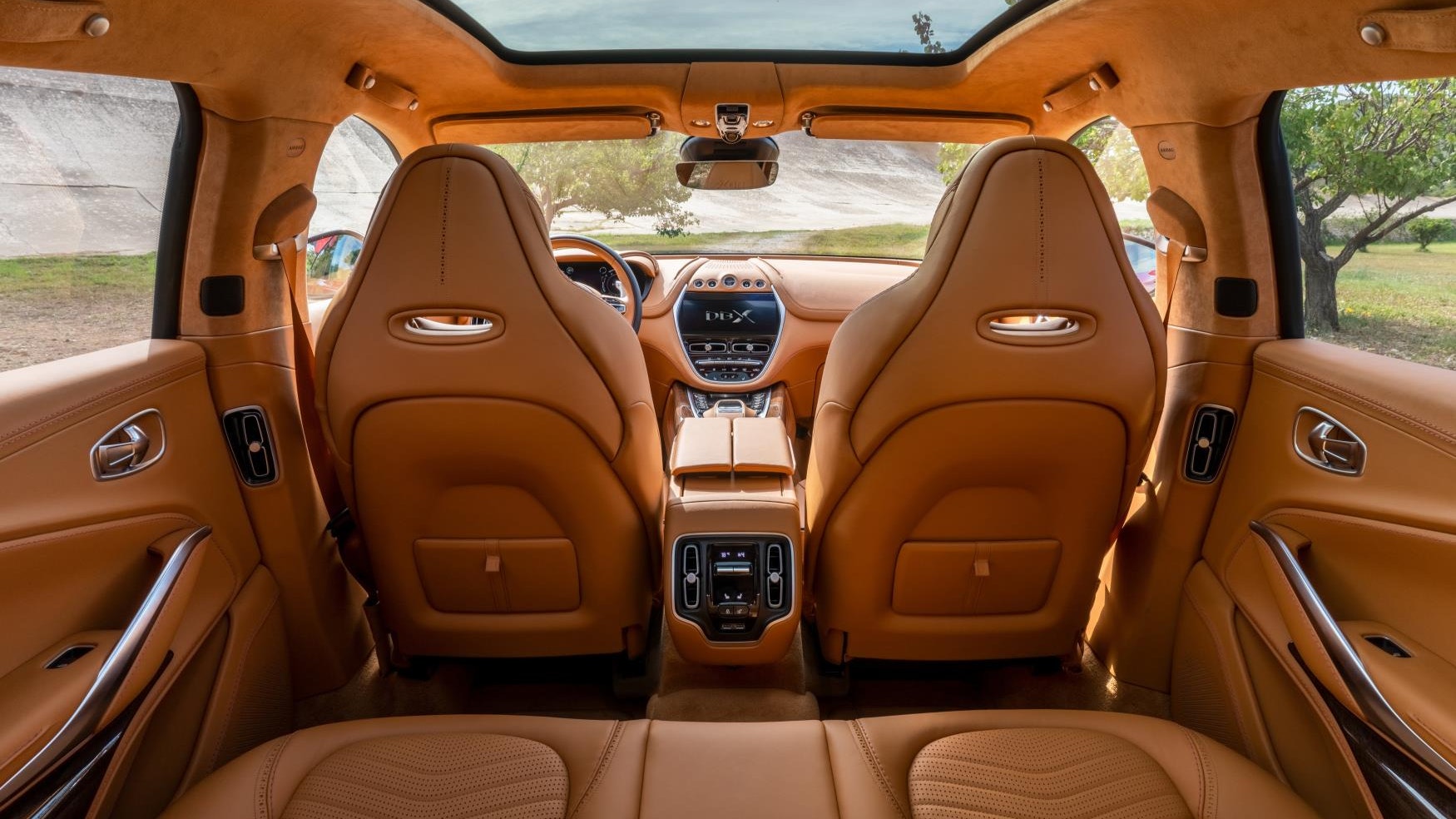 The new Aston Martin DBX SUV will be priced from £158,000 when it goes on sale in the UK later this month.

The British firm is hoping its first-ever SUV will be a huge sales success by increasing overall sales – the same way as other specialist manufacturers such as Porsche and Lamborghini have done.

Although the exterior styling will not be revealed until the car’s global launch event in Beijing, China, on November 20, Aston Martin has given a glimpse of the car’s interior.

Aston Martin says the DBX has been designed with passenger ergonomics at the forefront, using a bespoke chassis to maximise interior space, demonstrated through a single photo taken from the rear seats.

The British luxury car maker says it spent six months on getting the driving position right, making its SUV feel as sporty as the rest of the firm’s range while also giving excellent visibility.

Although much of the front of the cabin is obscured in the teaser, the central infotainment section is visible, showing a combination of traditional buttons and a large touchscreen.

The firm claims it has created an SUV with class-leading front and rear legroom, and even invited children to sit in the back of a development model to gauge their reaction.