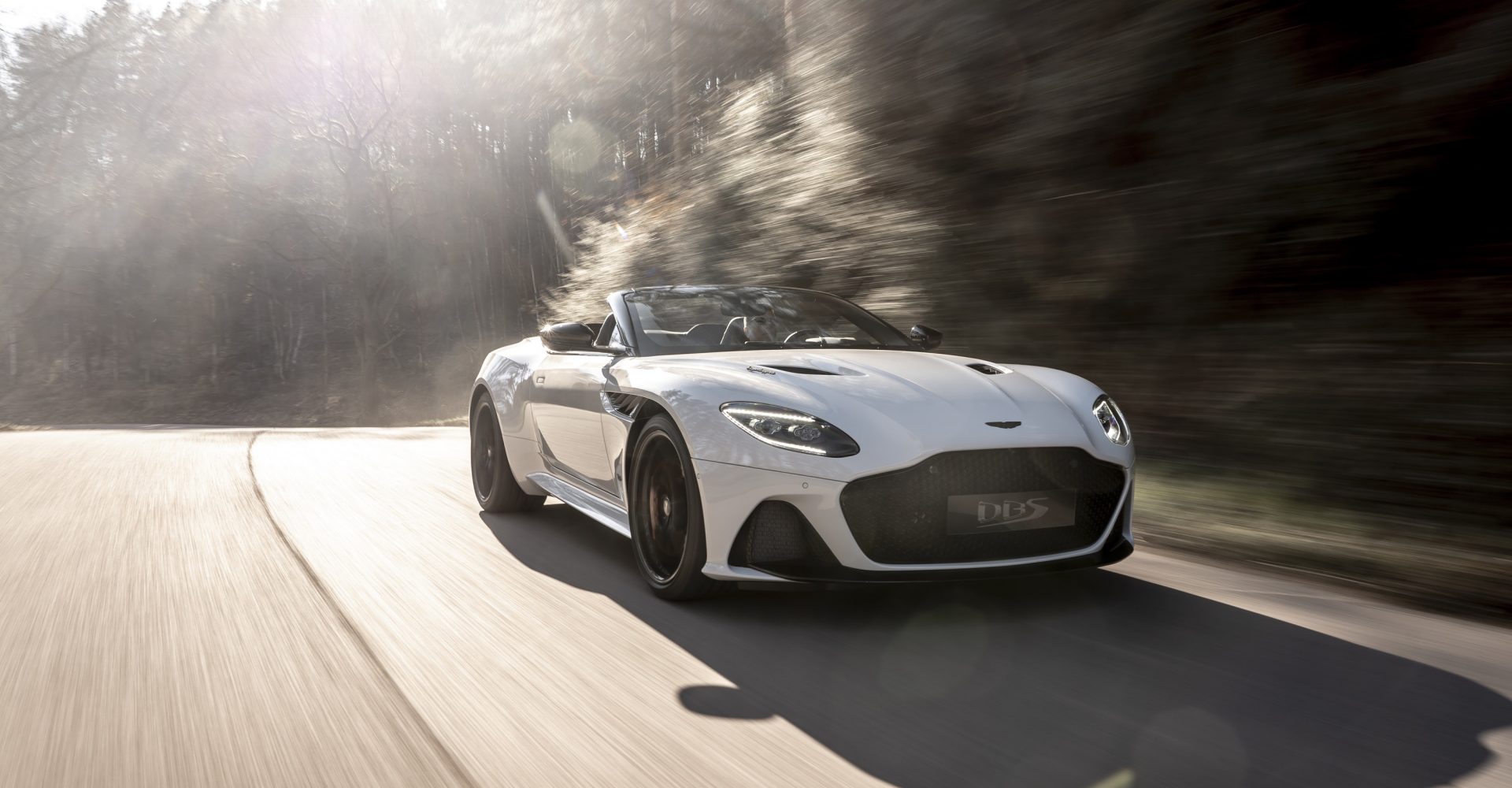 Just in time for the one week of sunshine the UK gets, Aston Martin has revealed a drop-top version of its latest flagship machine.

This is the DBS Superleggera Volante — the canvas-topped version of the firm’s range-leading ‘super GT’, which was introduced last year. Aston proudly boasts this to be its fastest convertible yet, with a 211mph top speed with the roof down.

Focusing on the power-folding roof itself, the British manufacturer claims it can be opened in 14 seconds and closed in 16. As well as the conventional method of having a button inside the cabin to open the roof, owners can also operate it via the key fob when within two metres of the car.

There’s also a selection of colours for the canvas, including Bordeaux Red, Atlantic Blue and Titan Grey — with a choice of six interior headlining colours too. A carbon fibre windscreen surround also makes a Volante debut, with the option of extending the use of the material to the DBS’s tonneau cover.

Otherwise, the DBS Superleggera Volante retains the same mechanicals as its coupe brethren. Power is sourced from a 5.2-litre V12, delivering 715bhp and 900Nm to the rear wheels via an eight-speed gearbox — resulting in a 0-60mph time of 3.4 seconds.

Order books are now open for the drop-top GT car, with prices starting at £247,500. Those who put their money down now might just get to enjoy the last of the summer with their new convertibles, with first deliveries planned for Q3 this year.