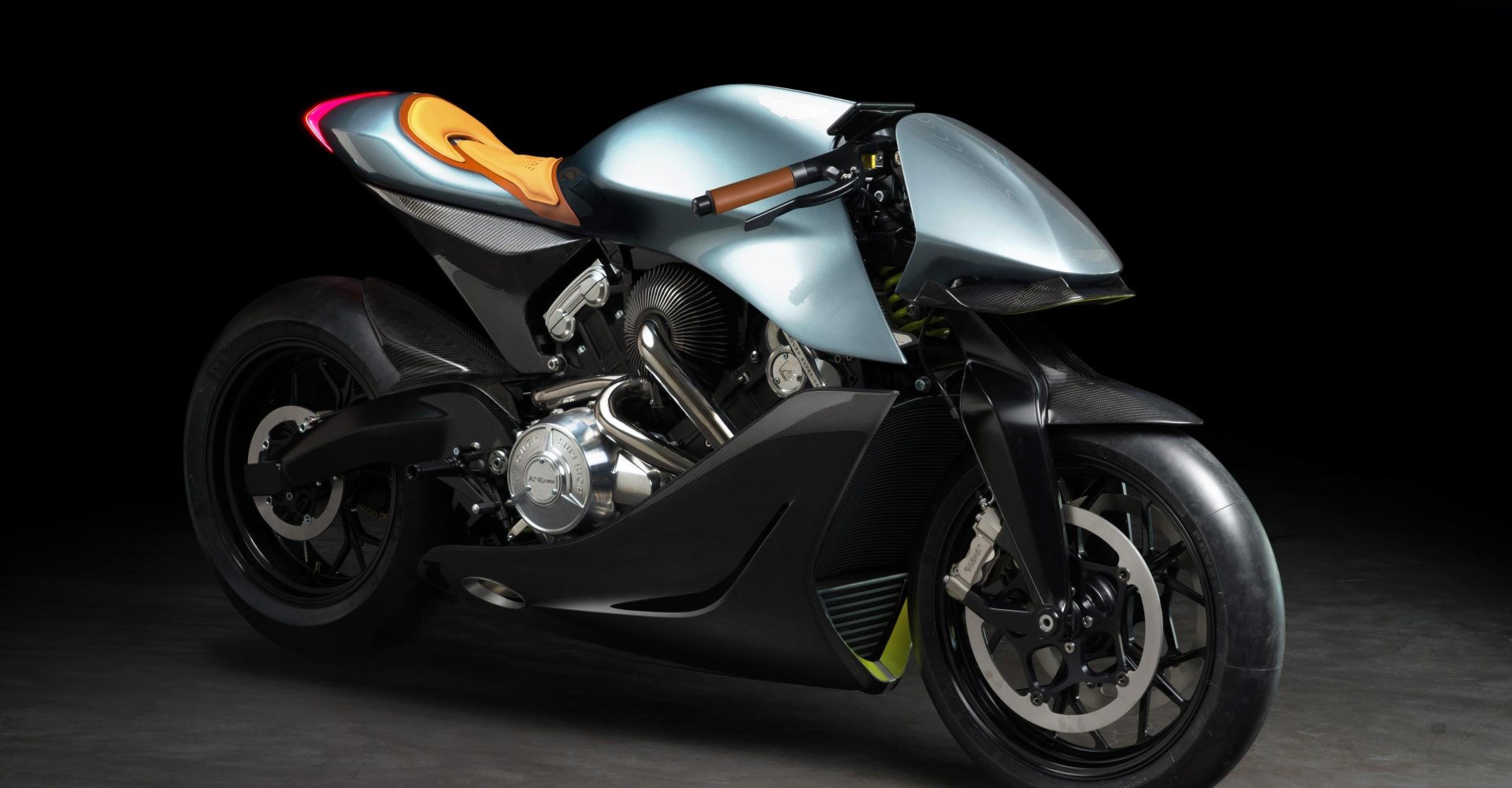 Aston Martin has revealed its first-ever motorcycle, created in partnership with Brough Superior.

At its heart sits a turbocharged engine with 180bhp. It’s the same as the one found in the rest of Brough Superior’s current range but produces more power.

It uses a machine titanium ‘backbone’ frame, with a double-wishbone front fork. The subframe at the rear, meanwhile, is crafted from carbon-fibre – and most of the bodywork is made from the lightweight material too.

There’s a carbon-fibre fin running the whole length of the bike, and applied to this is Aston Martin’s logo. However, rather than being paint or a sticker, it’s a nine-micron-thick, laser-cut piece of stainless steel applied under the lacquer.

The front end of the motorcycle may be familiar to those clued-up on Aston Martin’s vehicles. The winglets, which help increase downforce, have taken their shape from the S-shaped curves found at the front of the firm’s passenger cars.

Each bike will be handbuilt at Brough Superior’s Toulouse headquarters and are expected to be delivered at the end of 2020.