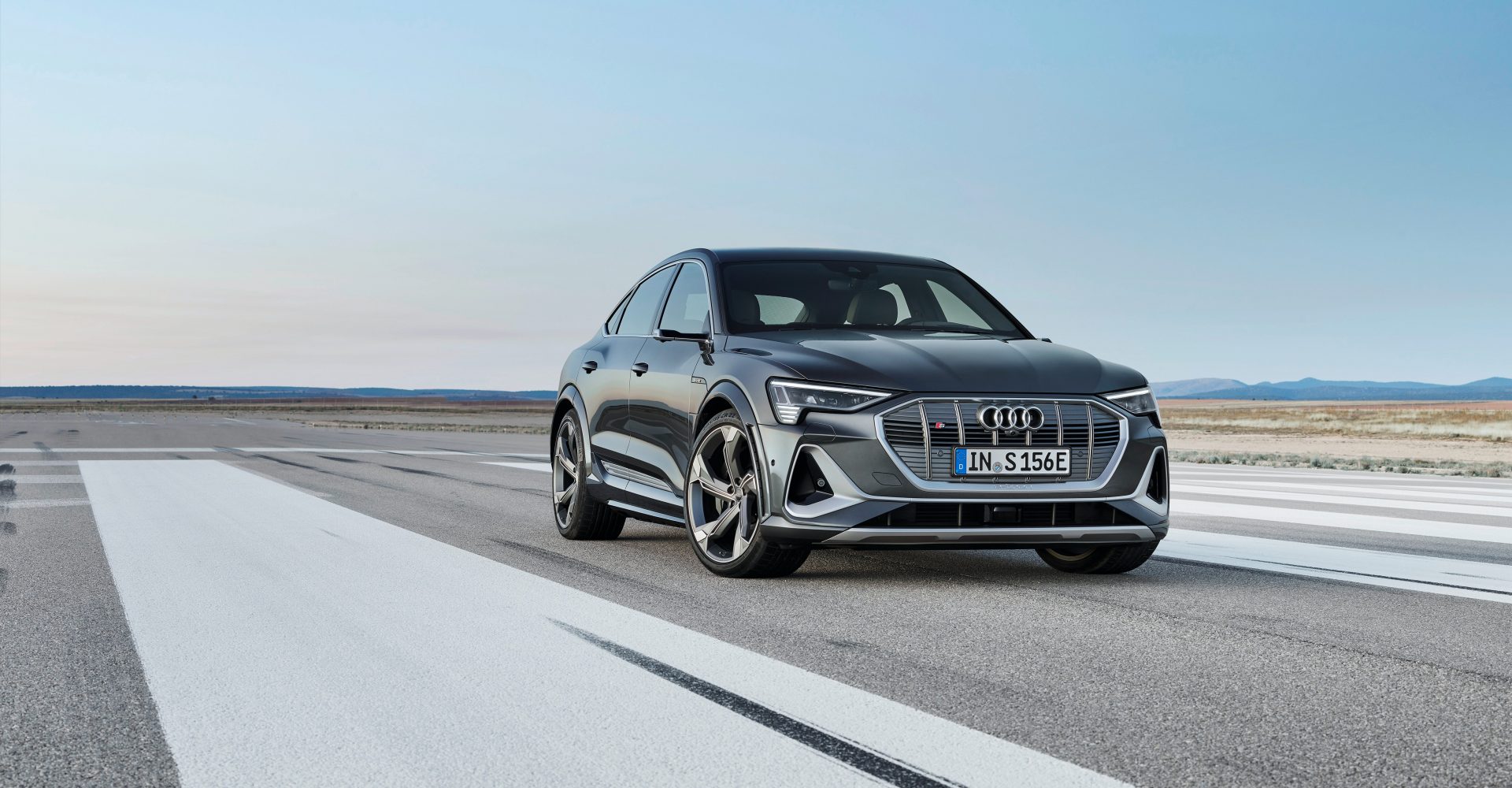 Audi has increased the performance available with its e-tron and e-tron Sportback models with a new ‘S’ variant.

The ‘S’ badge is already used on a variety of performance Audi models such as the S5 and S4, but this is the first time that it has been used on the firm’s electric e-tron.

Power is boosted thanks to the inclusion of three electric motors – instead of the standard e-tron’s two – which results in 496bhp and a towering 973Nm of torque. It represents a considerable boost on the 402bhp and 664Nm of torque found in the regular car.

“This is a significant milestone in the evolution of e-tron,” said director of Audi UK Andrew Doyle. “Audi performance cars have carried the ‘S’ badge since the 100-based S4 of the early Nineties, but this is the first time it has crossed the divide into our growing family of electrified models.

“We have started as we mean to go on, because in setting a new precedent in volume production by using three motors to deliver breathtaking performance and ultra-intelligent all-wheel-drive these e-trons underscore the fact that excitement and efficiency certainly won’t have to be mutually exclusive in the new era of electrification.”

The power outputs of the e-tron S result in a 0-60mph time of under 4.5 seconds while flat-out it’ll do 130mph. A 95kWh battery powers the whole affair, and Audi claims that the e-tron S and e-tron S Sportback will return ranges of 223 and 226 miles respectively.

When normal driving modes are selected just the rear electric motors are engaged, with the front motor called into action when more performance is needed or when traction at the rear of the car is broken. Audi has designed the e-tron S to cater for the driving enthusiast, which is why it is more rear-biased than other e-tron models.

In the UK, 21-inch alloy wheels are fitted as standard, though 22-inch variants will be available as an optional extra. Six-piston brake calipers sit on all four corners too, helping to bring the car to an effective stop. Full energy recuperation technology has been incorporated too, with drivers able to choose three different levels of recuperation.

The exterior of the car has been given more drama through wheel arches which are 23 millimetres wider than the standard e-tron, while the front and rear bumpers feature air inlets

Prices for the Audi e-tron S start from £87,000 for the regular car and £88,700 for the Sportback model. Customers who place an order for an e-tron S before December 31 will get a free 12-month subscription service to Audi’s e-tron charging service. In addition, a 7kW wallbox charger will be installed at home free of charge.