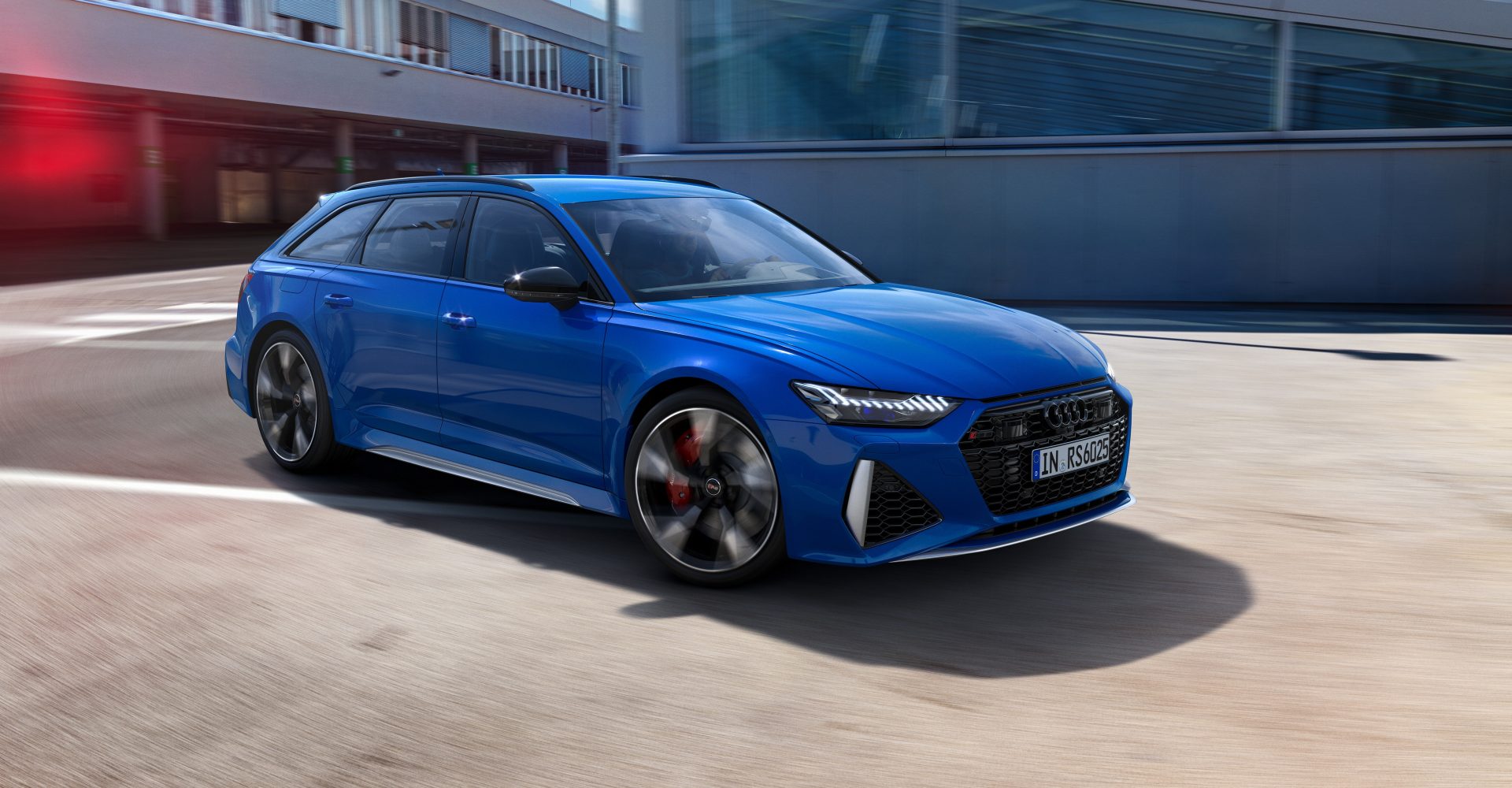 Audi is celebrating 25 years since its first RS model with a new option package for a number of its high-performance vehicles.

Designed as a tribute to the Audi RS2 — introduced in 1994 — the aptly-named ‘anniversary package 25 years of RS’ brings iconic elements of that car to its modern descendants.

Available for the RS4, RS6, RS6, RS7 and TT RS, headlining the package is a Nogaro blue paint finish — a colour commonly associated with the RS2. All cars bar the TT RS receive aluminium bodywork inserts, while every model benefits from gloss black treated Audi and RS badges, as well as a similar finish for the wing mirror housings.

The rear wing on the TT RS is finished in gloss black, too, while every car fitted with the package has puddle lights that shine a ‘25’ logo on to the ground logo when the doors are opened. This logo features within the centre caps of the alloy wheels too.

Inside the car, Alcantara blue accents feature on the floor mats while a honeycomb pattern made from the same material is used in the centre panels of the seats. Nappa leather accents this on the TT RS, RS4 and RS5, while the RS6 and RS7 use Valcona leather. Finishing the look is the addition of a ’25 years’ logo in numerous locations throughout the cabin.

Audi will add the ‘anniversary package 25 years of RS’ to its options list shortly, though prices have yet to be confirmed.