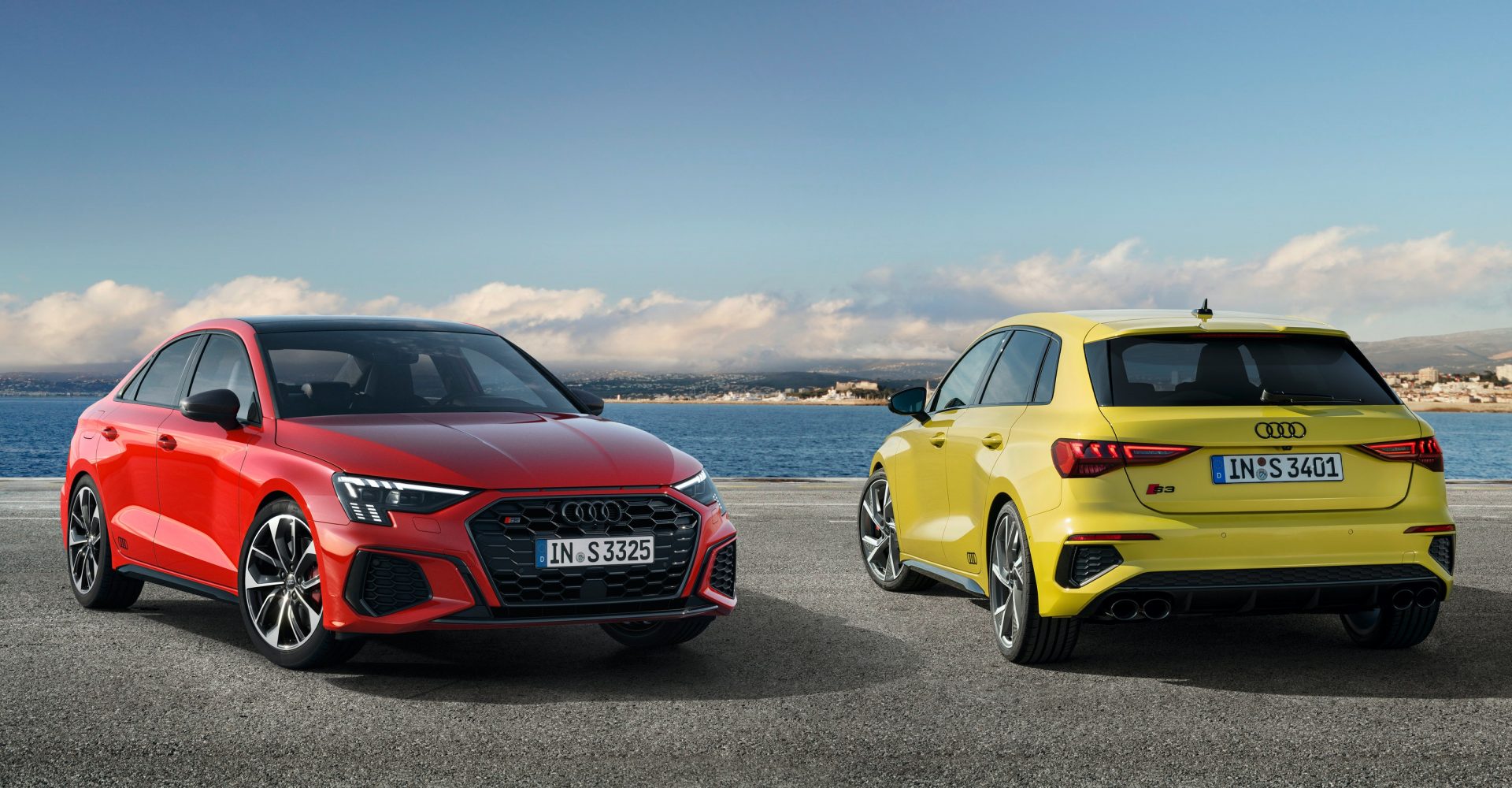 Audi has revealed the new S3 in hatchback and saloon form, with a sharp new look and more power.

Under the bonnet sits a 2.0-litre petrol engine making 306bhp and 400Nm of torque, and it can accelerate from 0-60mph in 4.6 seconds and on to a top speed of 155mph. It also comes with a seven-speed automatic transmission and all-wheel-drive, which gets new dynamic handling control for improved performance.

The body is lowered 15mm as standard, while an optional S sport suspension is available as an upgrade, with damper control on request.

The updated styling follows Audi’s latest trend of having aggressive front end designs with sharp angles and a large single-frame grille, while the S model gets large air inlets and aluminium-look mirror housings and at the rear there’s a large diffuser and four exhaust tips.

There are also optional Matrix LED headlights, while the daytime running lights are a pixel array of 15 LED segments.

Inside, standard equipment includes aluminium or carbon inlays, sports seats, a 10.1-inch infotainment display, and a 10.25-inch instrument cluster. The latter can be replaced with Audi’s Virtual Cockpit system for an extra cost.

The infotainment system is the firm’s third-generation set-up, which is said to be 10 times more powerful than its predecessor and has an integrated Wi-Fi hotspot.

Prices for the Sportback start at £37,900 while the saloon is priced from £38,465. Order books open this week with first deliveries expected in the autumn, while a more highly specified Vorsprung edition is due later in the year.