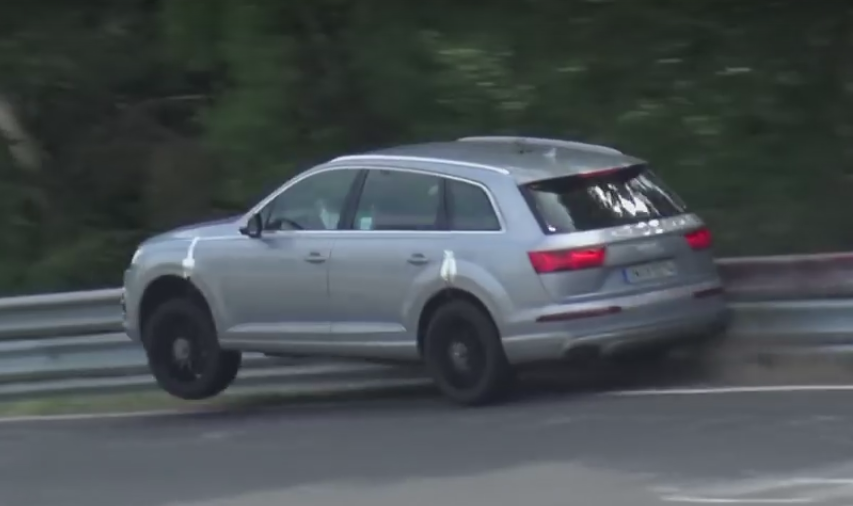 An Audi test driver got a little too excited behind the wheel of a prototype SQ7 and crashed it straight into a barrier.

Putting the big Audi through the paces round the Nurburgring, the driver misjudged a corner and ended up up hitting the Armco, resulting in the car leaving the ground momentarily.

Probably should have slowed down for this corner…

He may have forgotten he was driving a car that weighs more than 2,000kg. That is understandable though as the SQ7 is rumoured to go from 0-62 in 5.5 and on to a top speed of 186mph. Hardly SUV-like figures.

The range-topping SUV will be unveiled at the Frankfurt Motor Show later this year.

Watch the video below to see exactly how not to test drive.