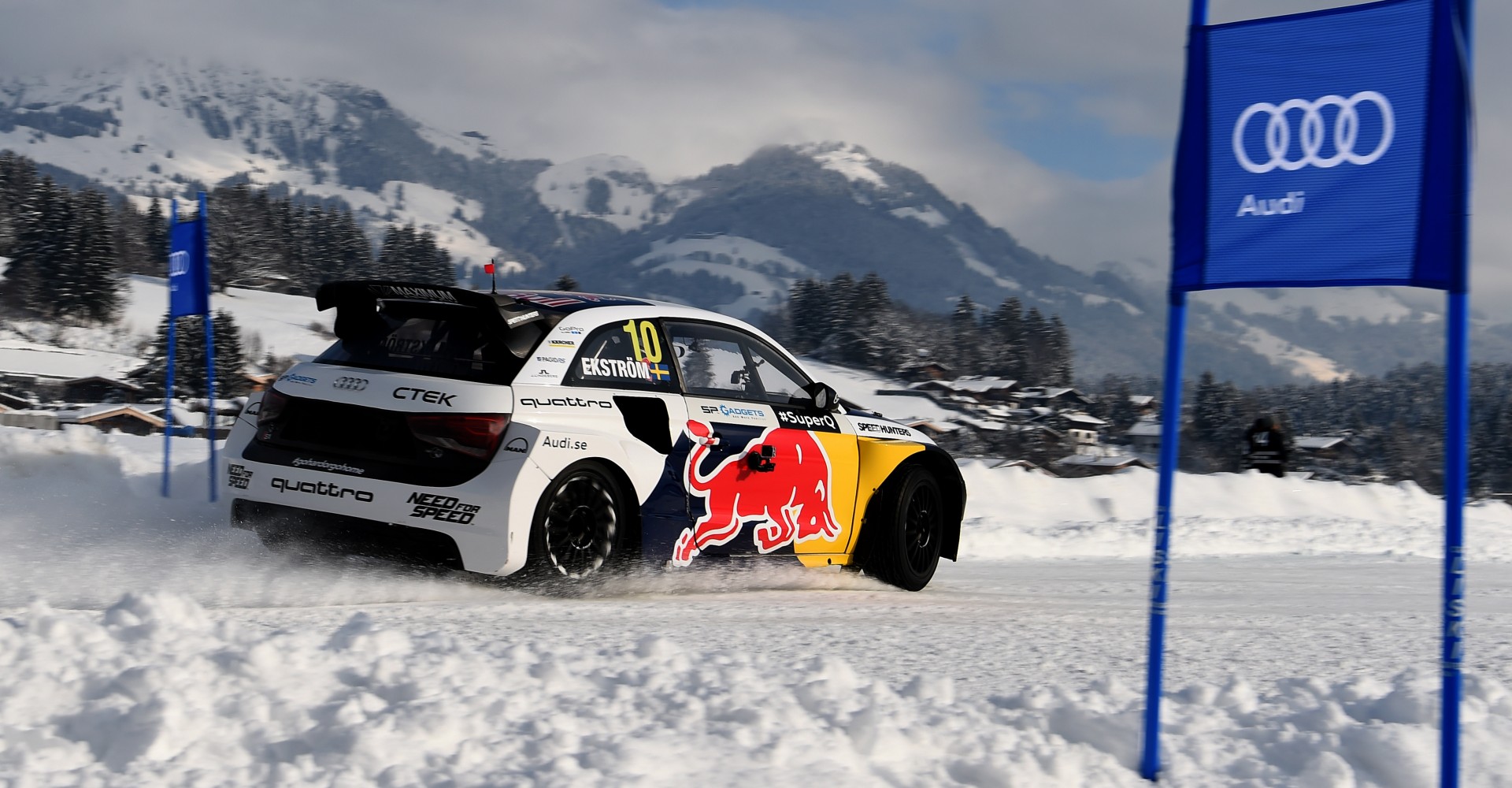 After Red Bull’s antics on the ice at Kitzbühel last week, Audi has taken to the very same mountain in a not-quite-so-powerful-or-impressive motor.

The German carmaker invited eight pro athletes to take part in its Audi Quattro #SuperQ challenge to mark the start of the famous Hahnenkamm ski race weekend in the picturesque alpine town. 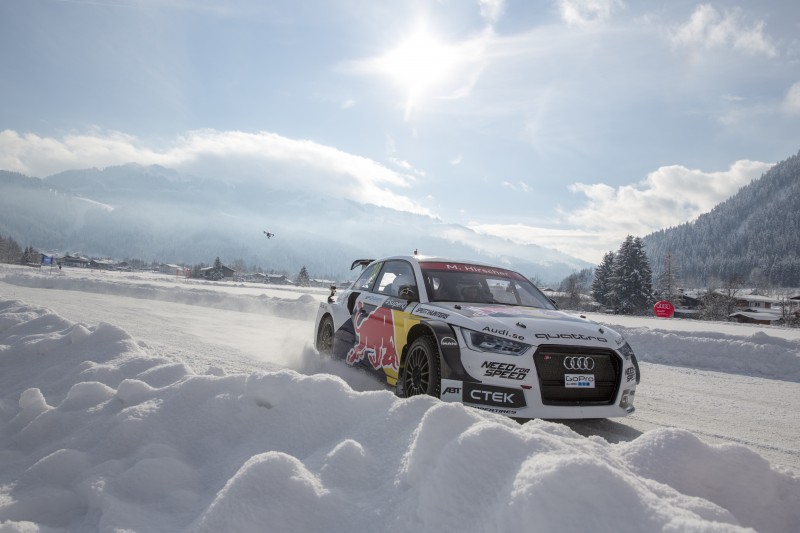 The eight were split into four teams, who competed in twice-DTM champion Mattias Ekström’s 580hp Audi S1 EKS RX Quattro, which had come fresh from the FIA World RallyCross Championship. The competitors also had the chance to complete fast laps on a purpose-built snow and ice course in two 367hp Audi RS 3 Sportbacks. 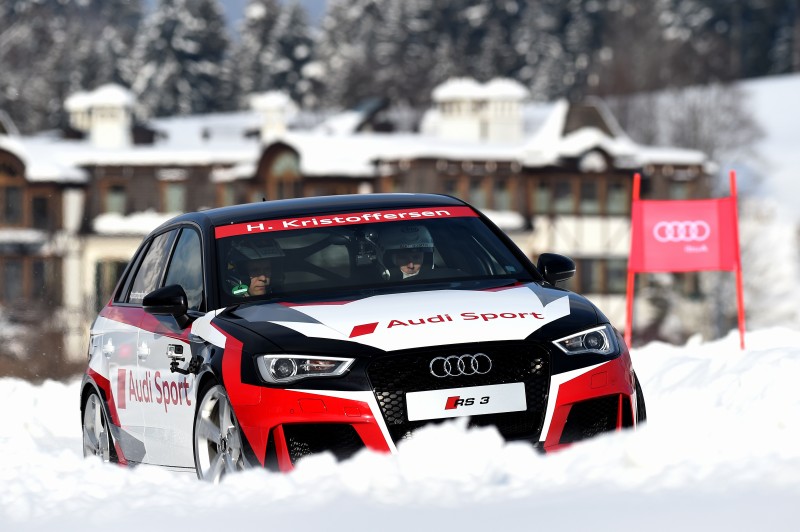 Speaking after the challenge, Ekström who instructed the athletes alongside fellow Swedish racing pro Edward Sandström, commented: ‘I was surprised to see how quickly these guys learned and the high level they drove on. However, sitting next to them in the passenger’s seat accelerated my heart rate pretty much.’