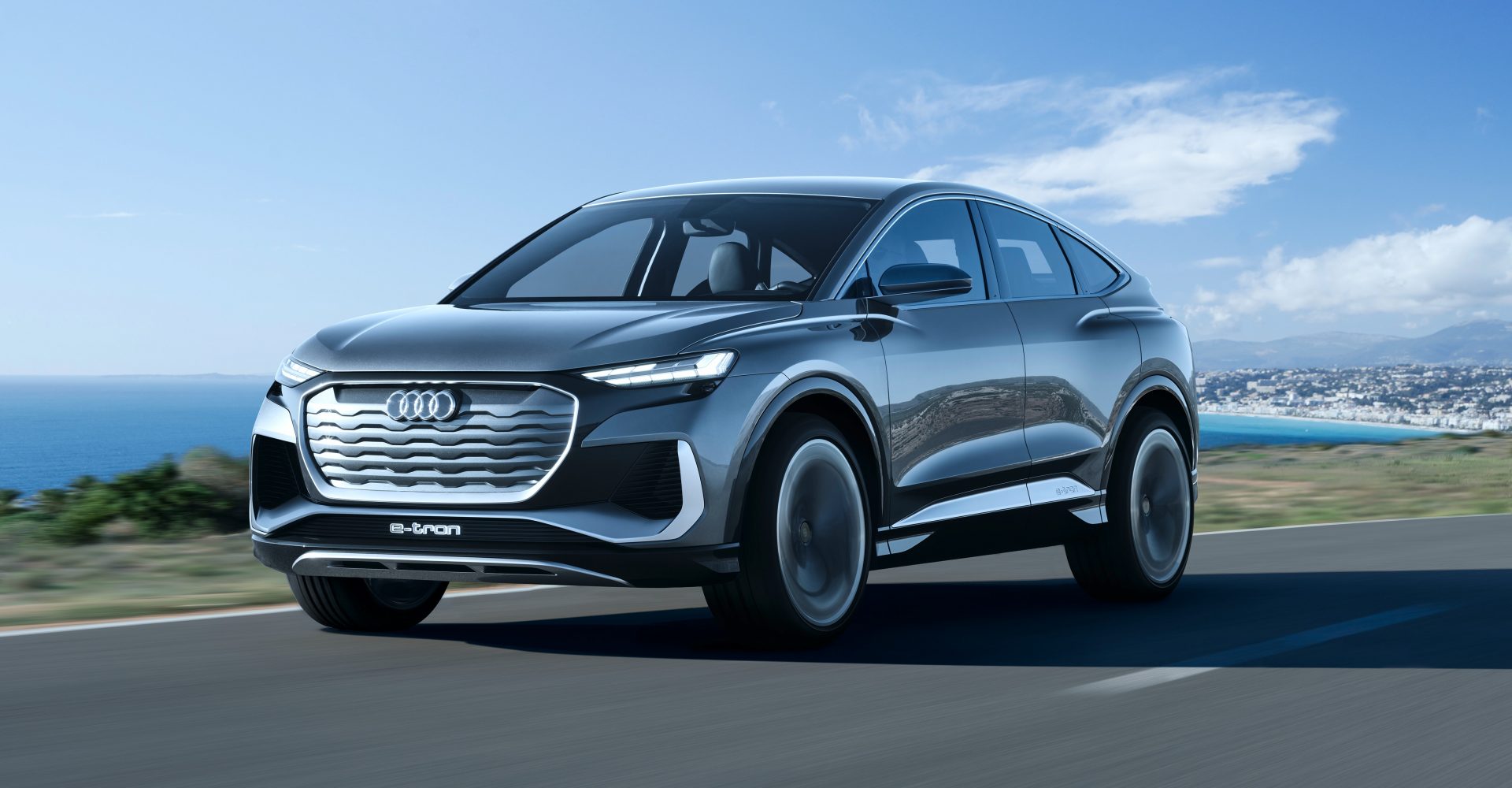 Audi has revealed a new concept which looks to bolster the firm’s EV presence – the Q4 Sportback e-tron concept.

Leading on from the production e-tron and e-tron Sportback, the new concept brings a sleeker design ahead of the showroom-ready version’s introduction into the market next year. It follows on from the Audi Q4 e-tron concept revealed at the 2019 Geneva Motor Show.

Audi claims that the new concept has a range of 310 miles between charges, with two electric motors helping to power the car to 60mph from a dead stop in around six seconds. Flat out, it’ll do 112mph. The rear motor is used to predominately drive the car, but if more power is needed, the motor on the front axle can provide assistance. This could be in slippery conditions, for instance.

The Q4 Sportback is distinguished from the rest of the range thanks to a heavily sloped roofline and sweeping LED rear lights. It also benefits from an illuminated e-tron logo. It uses Volkswagen Group’s popular MEB platform, which has been utilised across the group’s electric vehicles so far.

Inside, the Q4 Sportback’s 2.77-metre wheelbase helps it to offer a good degree of space in the cabin for both front and rear passengers, while the floor covering is made from entirely recycled materials. It utilises Audi’s tried-and-tested Virtual Cockpit system, though a new augmented reality function has been added to the head-up display. This allows information, such as directional arrows for turning, to be displayed ‘directly’ onto the road ahead through the screen.

There’s also a 12.3-inch colour touchscreen to access all of the car’s main infotainment functions, with a strip of buttons for the main heating and ventilation controls located below.

A lack of handbrake or gear lever means that an additional stowage area has been incorporated into the middle of the cabin, and this includes an area for phone charging.

Though just a concept for now, Audi is keen to impress that the Q4 Sportback e-tron is due to be launched fully next year as the brand’s latest electric model.