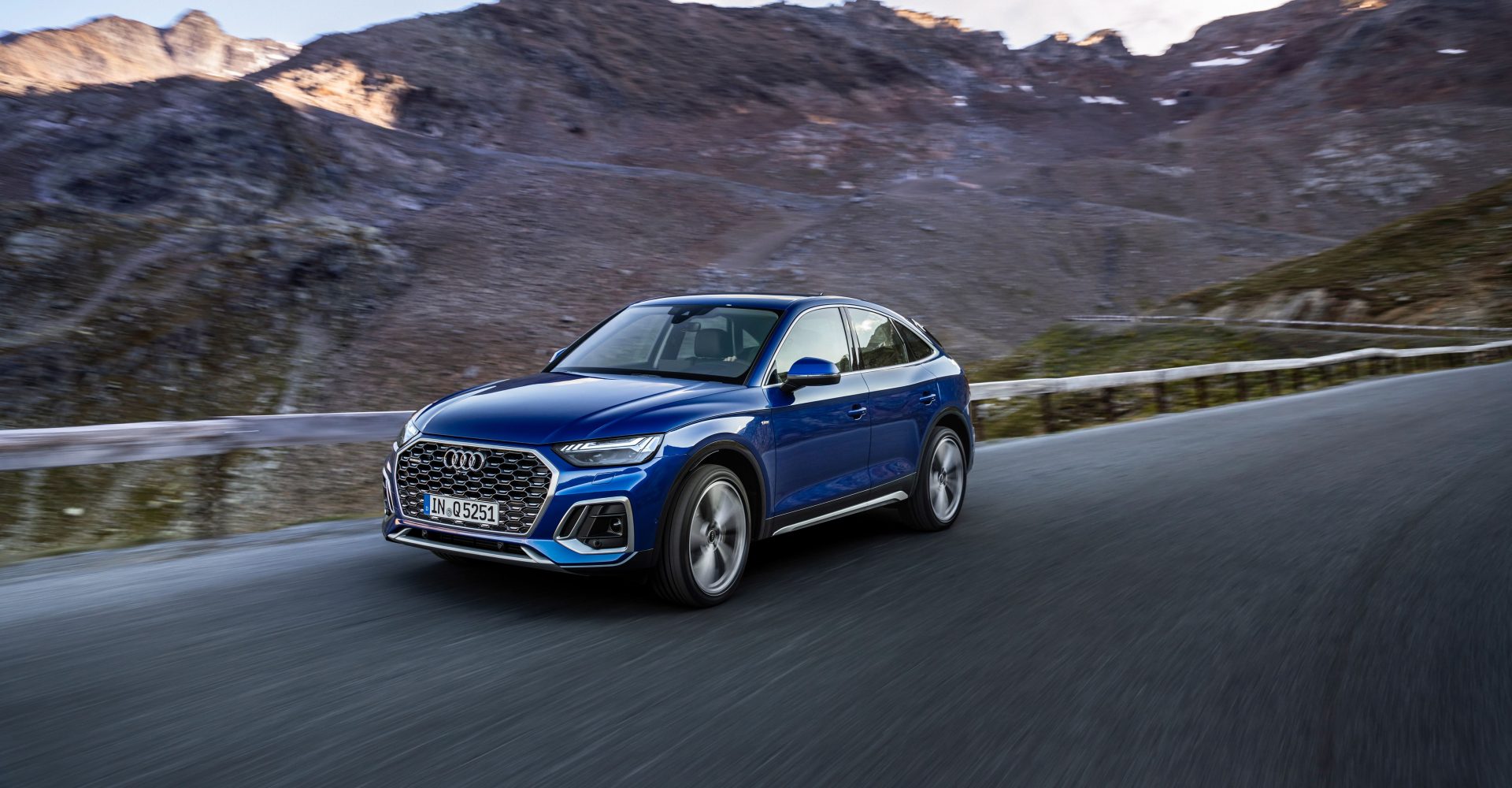 Audi has given the coupe treatment to its mid-sized Q5 as the firm expands its range of sleek-styled SUVs.

The Audi Q5 Sportback joins the Q3 and e-tron Sportback models, with a completely redesigned rear end compared with the standard SUV.

It will launch with a choice of two diesel and one petrol engine. The entry level options are both 2.0-litre units making 201bhp, badged as 40 TDI and 40 TFSI. A high-performance SQ5 Sportback will also be available, with a 342bhp diesel engine, while a petrol-electric plug-in hybrid unit will be available at a later date.

The styling is largely similar to the Q5 SUV, but in the Sportback the rear begins to taper down from the middle of the roof to give that coupe-like appearance. In top-spec Vorsprung models, the rear lights have OLED technology that splits the light into six segments that can be controlled differently. Customers can choose from three different rear light signatures when they order the car.

Inside, all UK cars are fitted with Audi Virtual Cockpit with its 12.3-inch panoramic display, as well as satellite navigation and internet connectivity. The Vorsprung trim adds a 19-speaker Bang & Olufsen audio system, head-up display, wireless charging and more.

Despite the sloping roof, boot space is generous at 510 litres, while folding the rear seats flat increases this to 1,480 litres. However, Vorsprung models get a sliding rear bench that can add up to 60 litres when pushed forward as far as possible.

The Audi Q5 Sportback is due to go on sale in the first half of 2021, with Sport, S line, Vorsprung and Edition One specifications available at launch.