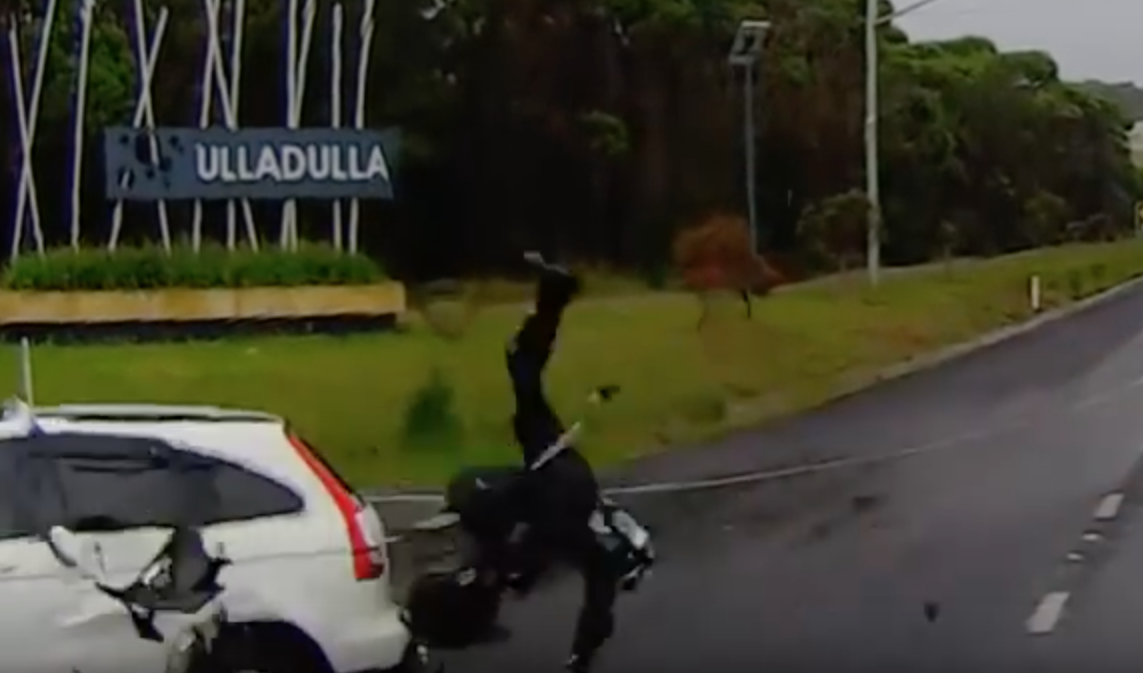 Ulladulla is an Australian town famous for… Absolutely nothing.

Nowt. Zilch. Nada. Its Wikipedia page is as blank as our apprentices’ faces after we sent them to the stores for a long weight. Or was that a long wait? Anyway, the little-known town has now risen to fame because of this dashcam footage.

A white Honda CR-V is turning right but doesn’t see the biker coming up the inside lane. The truck filming the footage stops at the junction but the biker doesn’t and continues on his way.

As the CR-V turns in, the bike collides with it, sending both machine and rider spinning into the air. Miraculously, after somersaulting and landing flat on the tarmac, the biker seems relatively unharmed and gets up pretty quickly.

Judging by the way the bike disintegrated on impact, though, we suspect that wasn’t back on its wheels so rapidly.