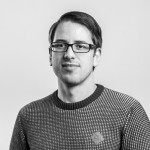 Former Which? Car spreadsheet bod, ex door-to-door salesman and furious Renaultsport Clio 200-hating Car Throttle contributor, Chris is a seasoned classifieds-browser and staunch advocate of old BMWs – six-cylinder ones, of course. As such, a blue mud-splattered 325ti can normally be seen outside Superunleaded Towers – and not at all breaking the 15mph on-site speed limit. When not staring lovingly at his wheels, Chris can be found knee deep in 13,000-word press releases or mulling over such important questions as, “which kei car is best for the Mongol Rally?”