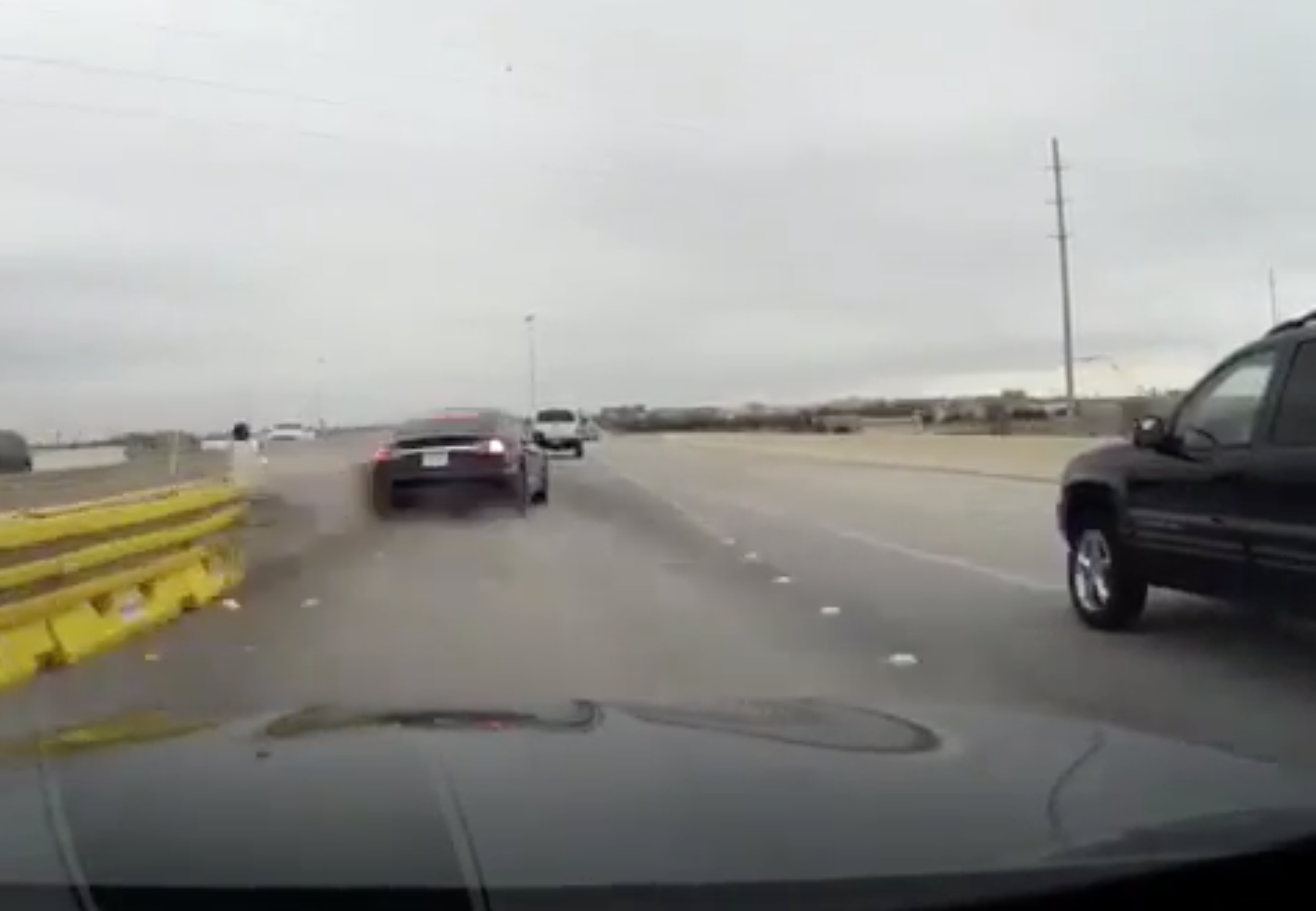 Another day, another Tesla owner blaming their car for a crash…

Because Tesla likes to shout about its cars’ semi-autonomous driving features, any failures in the new technology tend to make the news. We’ve seen it plenty of times, where owners blame the car for crashing itself only for Tesla’s data logs to show that it was the human who messed up.

However, this latest incident seems fairly cut and dried.

It all started when a Tesla owner uploaded photos of their wrecked Model S to Reddit, saying they were using ‘Autopilot’ when the car didn’t read a curve correctly and crashed into the barrier in Grapevine, Texas.

So I was driving in the left lane of a two lane highway. The car is AP1 and I’ve never had any problems until today. Autopilot was on didn’t give me a warning. It misread the road and hit the barrier. After the airbags deployed there was a bunch of smoke and my car rolled to a grinding stop. Thankfully no one was hurt and I walked away with only bruises.

However, that doesn’t really tell the whole story. Dashcam footage from a car travelling behind the Model S shows the vehicle entering a construction zone with a barrier blocking the lane ahead and traffic merging across to the right.

The Tesla ploughs straight ahead, smashing into the barrier – and it’s not really the car’s fault.

When using Autopilot technology, drivers are supposed to keep both hands on the wheel at all times, with Tesla describing the system as ‘additive’ and insisting that ‘the driver is responsible for and must remain in control of their car at all times’.

Simply put, the owner should have been paying attention and have seen that bad things were about to happen, because the road markings the car is designed to follow were leading straight towards a barrier.

Tesla isn’t totally innocent, though. With a name like ‘Autopilot’ it’s easy to understand how drivers can give up control. And by all accounts, in typical conditions it’s damn good at driving itself, so complacency could easily become an issue.

At the end of the day, it’s risky relying on the intelligence of humans to take over from Autopilot when our propensity to do stupid things is the reason technology like this is needed in the first place.

Still, Tesla’s warning is clear: The driver is always to blame for not taking over control…