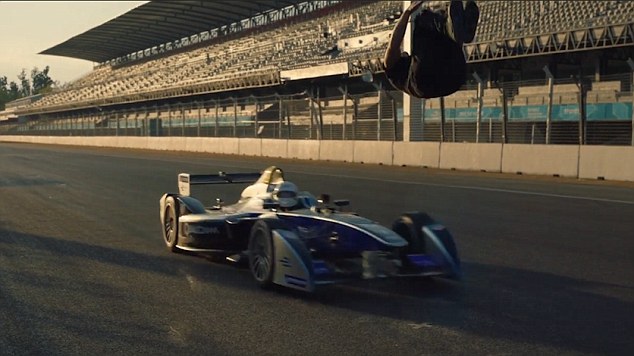 Imagine a racecar speeding towards you at more than 60mph. Now imagine you’ve got to backflip over it. Scared?

That’s exactly what stunt man Damien Walters has done. And not only did he backflip over the car but he flipping well flipping did it FACING AWAY from the approaching auto.

Pretty cool, right? The stunt took place last month before a race in Mexico City and Walters put in an awful lot of training, which is why this looks easier than it definitely was. We don’t think we’d do it here.

It’s also worth noting that the chap behind the wheel hadn’t driven a Formula E car before. Which wouldn’t have inspired much confidence in us, but it obviously didn’t faze Walters.

The full video is below. It also shows the huge amount of work that the whole team put in to make the stunt happen.