It’s not often that a time warp of a classic car comes up for auction, so enjoy this while you can…

Destined to see the light of day once more is this Jaguar E-Type, after a 25-year stint behind locked doors, and it’s currently complete with the dust of (probably) just as long.

A V12 Series III model from 1973, it’s been owned by one family from new and barely driven, and will soon be heading for Silverstone Auctions’ May Sale in a month’s time. 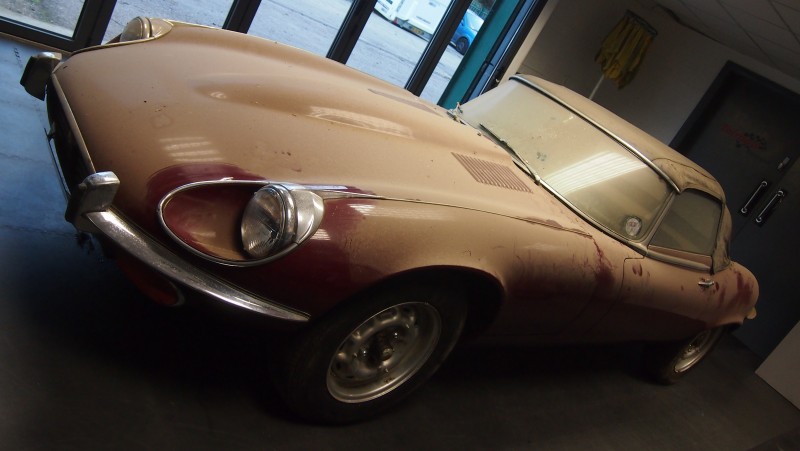 The story goes that in 1973 it was purchased by the current owner’s grandfather, who barely used it and kept it locked in a garage – presumably as a bit of an investment.

In 1993 ownership was transferred to his son who continued to care for the car but also rarely took it on the roads. In total the car has only covered 7,700 miles and still has its original soft top, spare tyre – although we wouldn’t advise driving on that – and tool kit too.

Nine years ago the car was given a full service before returning to its hiding place, reaching the possession of its current owner in 2014.

Well worth the wait.