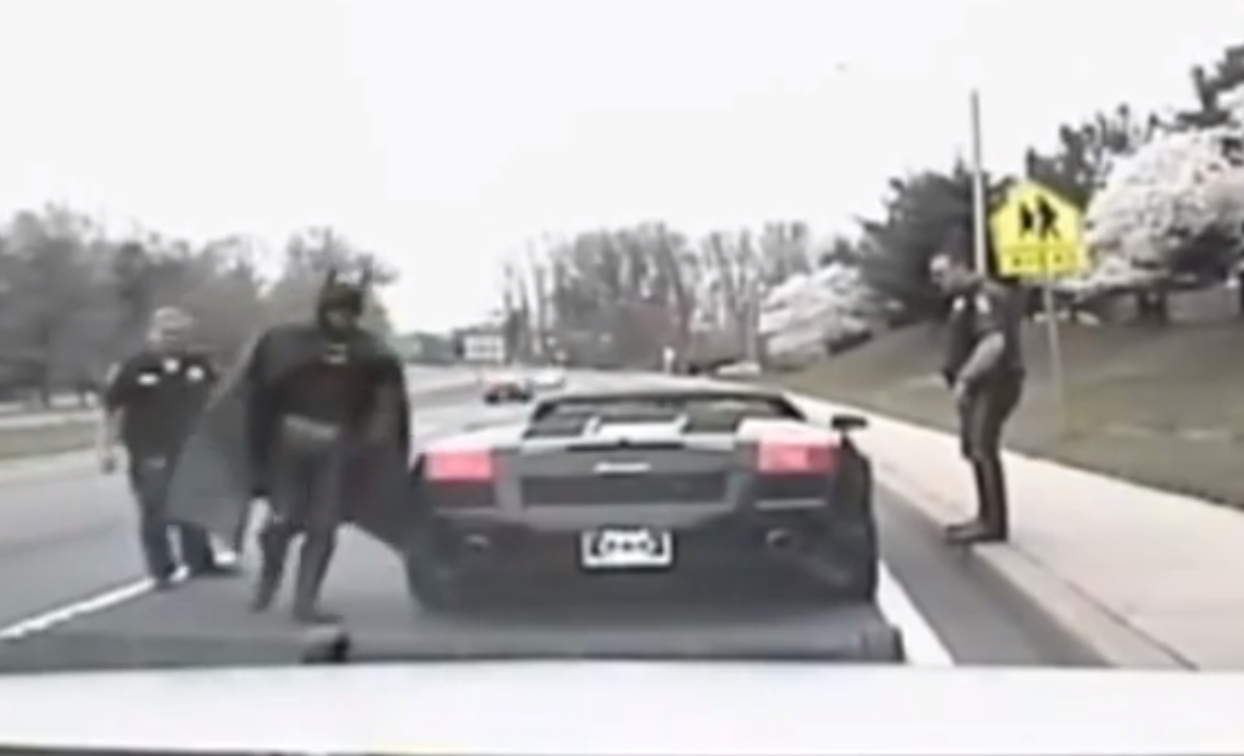 In a truly tragic turn of events, the man known as “Baltimore Batman” who dressed up as the superhero to visit poorly children in hospitals has been killed by his Batmobile.

Leonard Robinson, who was 51 and from Owings Mills, shot to international fame three years ago after being pulled over by police in Montgomery County, Maryland, pictured above, because his customised Lamborghini had the Batman seal in place of registration plates.

Their dashcam video of the incident subsequently – and unsurprisingly – went viral:

It then emerged that not only did Leonard – who had a dedicated website at http://superheroesforkids.org – regularly don the Caped Crusader’s outfit to bring joy to sick children in hospitals, visit youngsters at schools and make appearances at charity events, he also spent about $25,000 (roughly £16,000) of his own money each year on Batman toys to give them when he visited in his amazing car.

However, his Batmobile broke down in the fast lane of an interstate route while he was returning from a festival on Sunday night, and while Leonard was checking the engine a Toyota Camry went into the back of the vehicle, sending it into him, and he died at the scene.

The Camry driver – a 39-year-old male from Charlottesville, Virginia – was uninjured and no charges have been filed as yet.

R.I.P. Leonard. You will be much missed…