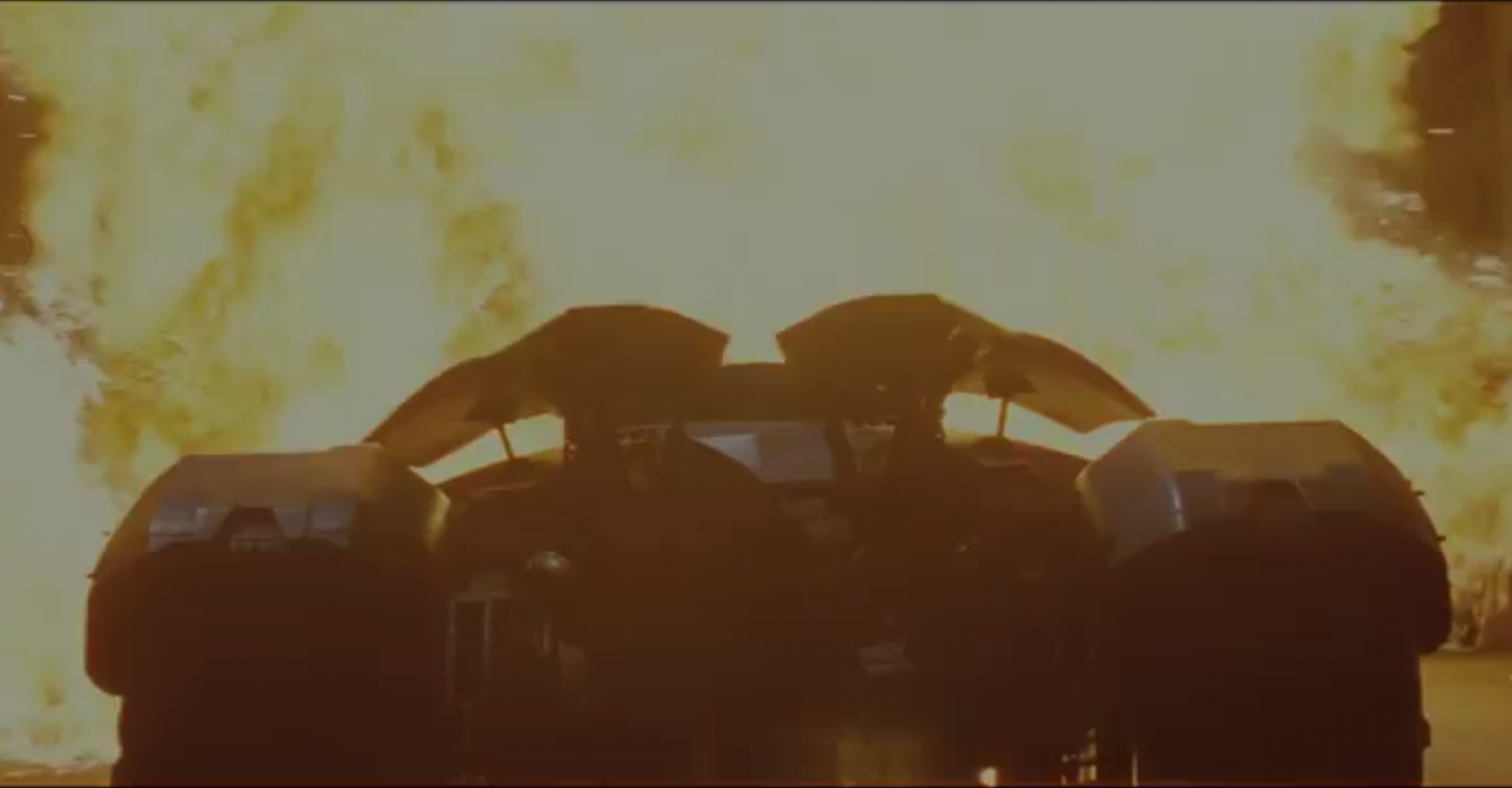 Zack Snyder’s re-imagination of the classic Marvel comics for Batman v Superman: Dawn Of Justice will be fully revealed when it reaches cinemas in 2016, but we’ve just got our first look at the new design of the Batmobile.

When Ben Afleck takes over the role of Batman for this movie he’ll be tearing around in this machine. Take a look at the video below to see this angular motor for yourself. With machine guns strapped to the front and kitted out with extreme armour, it’s definitely a force to be reckoned with.

The Tumbler has certainly slimmed down for its latest on screen appearance. It has design cues from previous Batmobiles, there is a clear connection to the one used in Christopher Nolan’s Batman movies, but the sleeker look harks back to that of Tim Burton’s era.