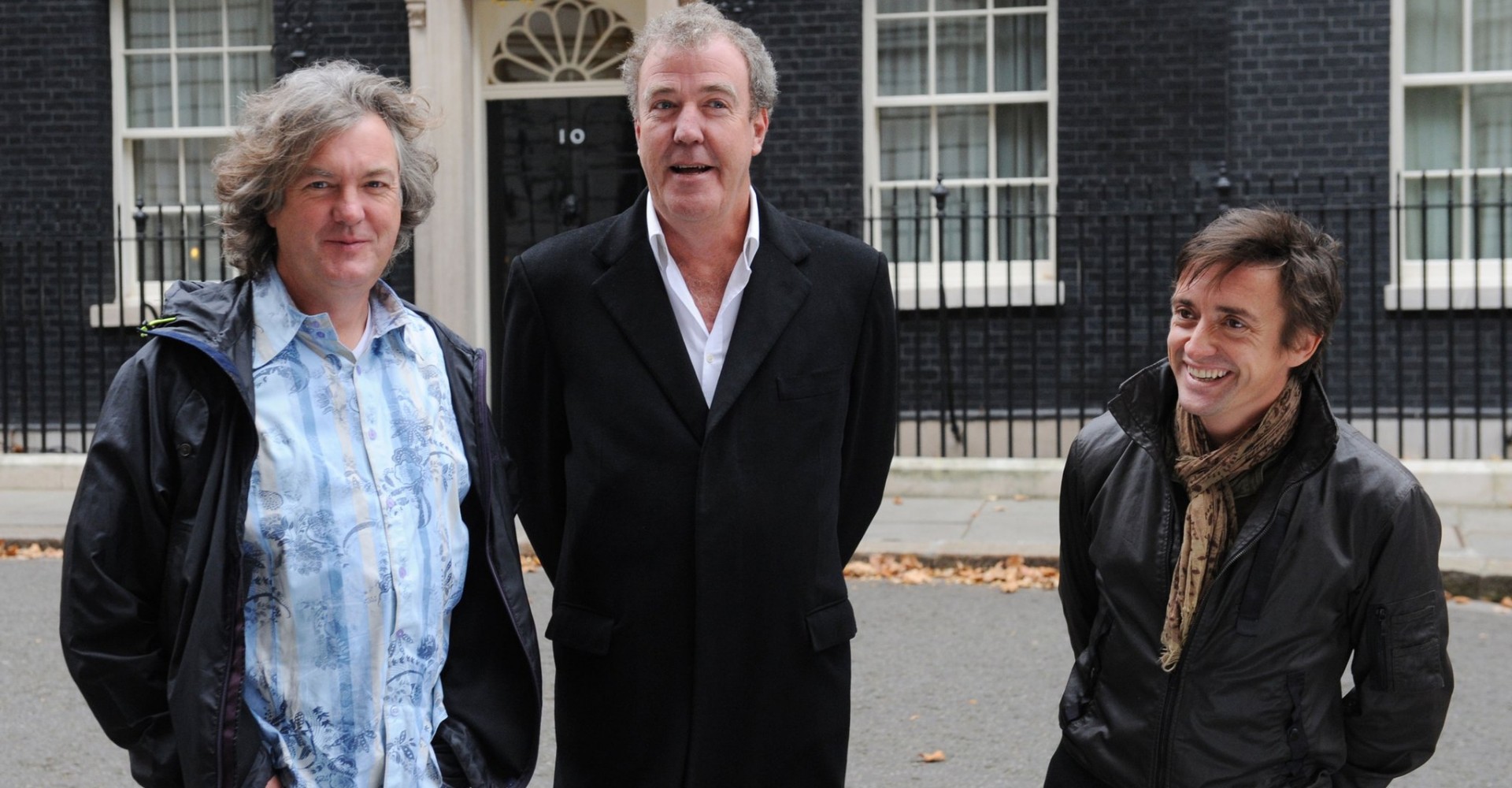 It’s been announced by the BBC that Jeremy Clarkson will not continue to work with them, marking the end of his career as a Top Gear presenter.

There has been much speculation from worldwide media today but BBC News posted this tweet at 2pm stating that the popular TV host will not have his contract renewed.

It is with great regret that I have told Jeremy Clarkson today that the BBC will not be renewing his contract. It is not a decision I have taken lightly. I have done so only after a very careful consideration of the facts and after personally meeting both Jeremy and Oisin Tymon.

However, he did add that the series will continue and they are looking to renew in 2016.

The BBC must now look to renew Top Gear for 2016. This will be a big challenge and there is no point in pretending otherwise. I have asked Kim Shillinglaw to look at how best we might take this forward over the coming months. I have also asked her to look at how we put out the last programmes in the current series.

You can read the full statement from Hall here.

BBC News special correspondent Lucy Manning tweeted that the attack had resulted in swelling and bleeding from Oisin Tymon’s lip.

The BBC also released the details of the investigation, shown below. 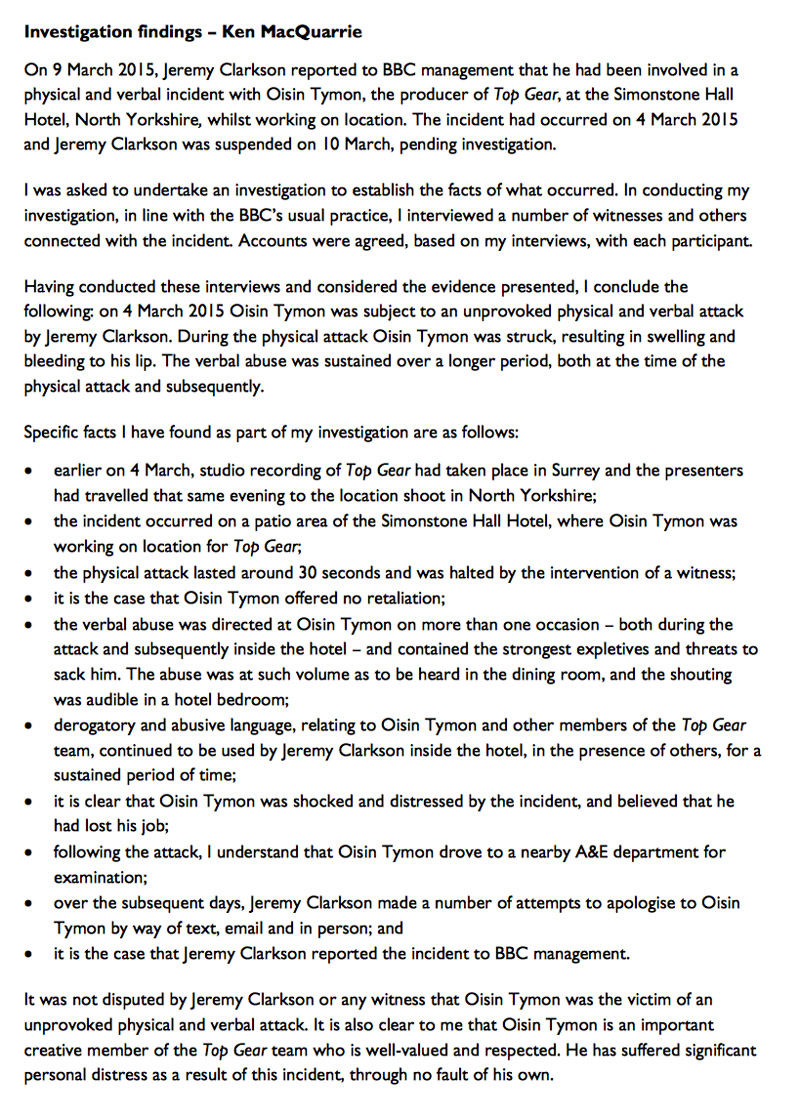 I’ve worked on Top Gear for almost a decade, a programme I love. Over that time Jeremy and I had a positive and successful working relationship, making some landmark projects together.

He is a unique talent and I am well aware that many will be sorry his involvement in the show should end in this way.

Richard Hammond tweeted about his sadness that Clarkson would no longer present with himself and James May.

Gutted at such a sad end to an era. We're all three of us idiots in our different ways but it's been an incredible ride together.

And May has revealed that his future at Top Gear is unsure. He said:

I think we are very much, the three of us, a package. It works for very complicated reasons that a lot of people don’t fully understand.

So that will require a lot of careful thought.

Watch his reaction in full below.