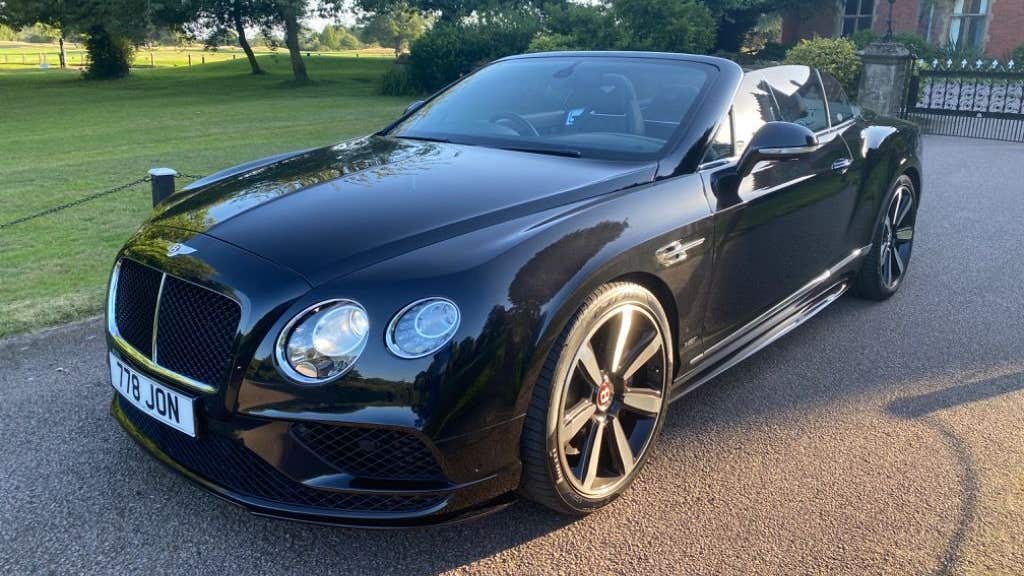 It’s a well-known fact that those working at the very top of professional football earn vast sums of money, and with many of them being relatively young, it’s no surprise that they spend that cash on luxury cars.

Naturally, when it’s time to swap a car for something new, those luxury cars find their way to local dealers who advertise these vehicles online.

Southgate is a former professional footballer who hung up his boots to take on management roles, currently taking charge of the England national team. Keeping it British, he owned a Bentley Continental convertible that he appears to have been using as his daily driver, putting 41,000 miles on the clock – about 16,000 more than the average, according to Auto Trader.

Goalkeeper Butland has owned this Range Rover since December 2018, but he didn’t take delivery until March 2019 following extensive modifications, with an exterior body kit with carbon-fibre elements, and an interior upholstery designed to mimic that of a football.

Equipment includes privacy glass, a refrigerator and 360-degree camera, while the engine is a 5.0-litre petrol unit.

German-born Can played for Liverpool between 2014 and 2018, before switching to Juventus in Italy then his current club Borussia Dortmund. Given the fact he hasn’t lived in England for three years, it’s anyone’s guess why his car has only just turned up for sale… near Caerphilly in South Wales.

A classic supercar now, and with a classic player in the form of Mark Hateley, whose career started with Coventry in 1978 and ended with Ross County in 1999.

Hateley was the first owner of this Ferrari 512, which has the classic Ferrari combo of red paintwork and cream leather interior.

You might think the Ford Mustang is a rather affordable sports car for a professional footballer like Vincent Kompany, but this example is a rare Shelby GT-California example, being number 50 of 215. It has a 4.6-litre V8 with a Saleen supercharger and has completed just 4,000 miles.

The owner of these two vehicles is being kept anonymous by this dealer, perhaps to spare the blushes of whoever specified these rather garish body kits. Both the Bentayga and G-Class are wearing body kits from ‘leading design house’ Onyx, based in London.