Rubbernecking is a stupid thing… but to everyone else’s intense annoyance lots of people do it.

However, we’d probably excuse you if we caught you sneaking a look at this incredible sight.

I've got some mental mates. None dafter than Martin. pic.twitter.com/gZx6ng2NZW

What we see here is an authentic, supercharged 1929 Bentley 4.5-litre race car – more commonly known as the Blower Bentley – towing a 1988 Porsche 962. 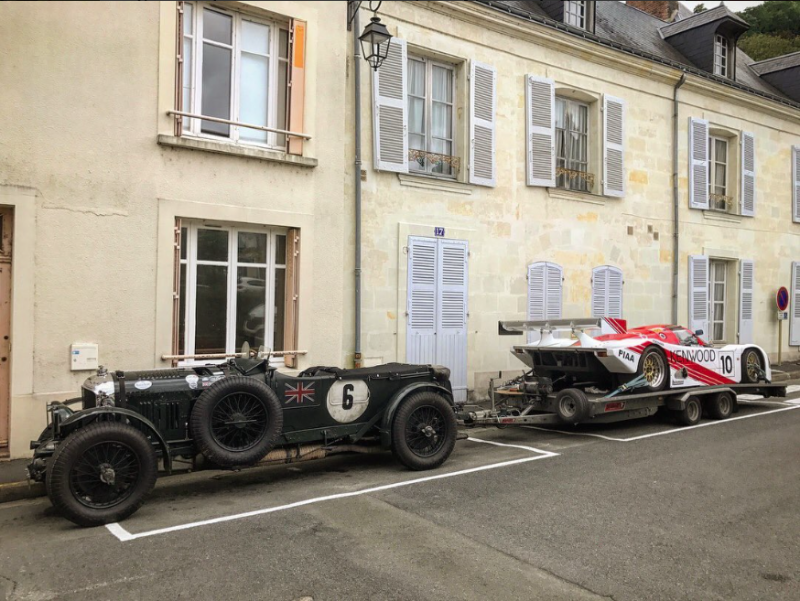 The person who owns the cars, Martin Overington, is an avid historic racer, and according to the above tweet by Mission Motorsport’s James Cameron, something of a mentalist.

Certainly, towing with a Blower Bentley that raced just days ago at the Goodwood Revival is a unique choice, but it’s one that we feel should be heartily encouraged. We need more people to do eccentric things with their incredible cars!

Overington and his team were taking both vehicles to the Circuit des Remparts d’Angoulême event in France at the time of this picture being taken, and several Twitter users said that they had spotted the bizarre combination on the open road.

I saw this wonderful site going south on the A3 on Wednesday evening, done a double take! brilliant.

We thought we were seeing things when it appeared on our Twitter feed, so who can blame the above tweeter for thinking he’d had something weird in his food?