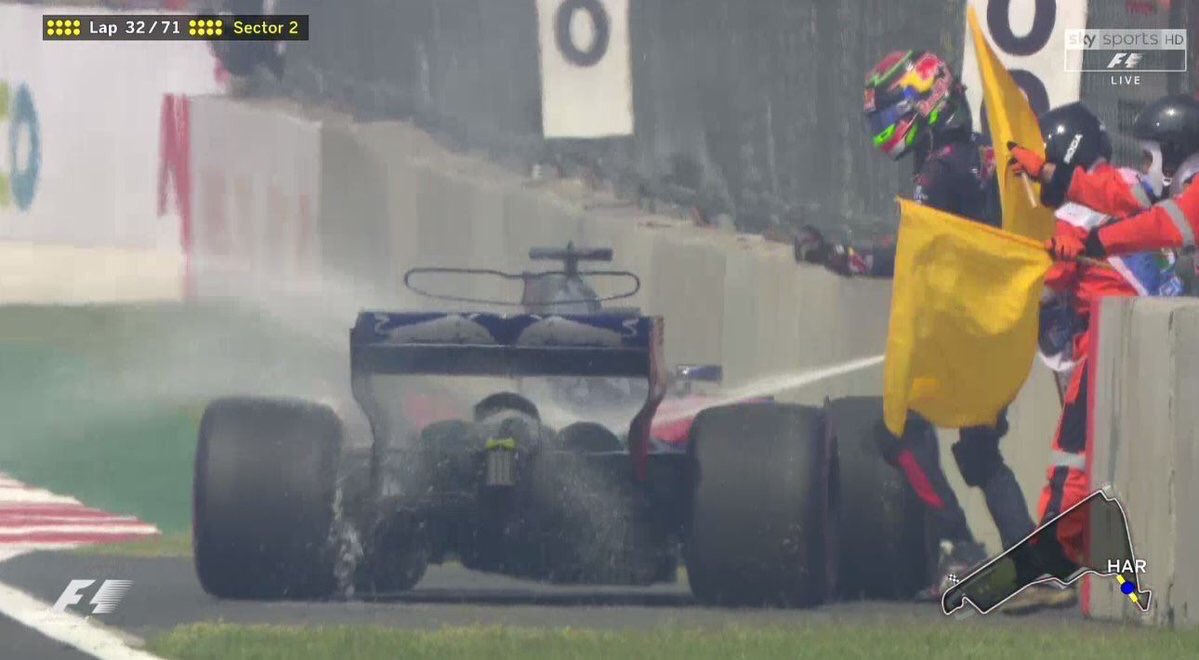 In Mexico, champions were crowned and Renaults were blowing up.

While Lewis Hamilton took his fourth Formula One World Championship, and Max Verstappen took the race win, Twitter was on superb form once again. Here are some of the best tweets from the Mexican Grand Prix.

Does anyone know what language he's speaking (before the Italian)?!? ? ?

This is how it feels to be on pole for the #MexicoGP ?? pic.twitter.com/8R1biL4GVv

Sebastian Vettel was delighted with his pole position after qualifying. Evidently, part of being a massively successful racing driver is allowing your mouth to go into business for itself every now and then.

I believe that is south Alaskan marsupial morse code. Very common in the 1800's https://t.co/LgAR6cTHcD

Quite where Daniel Ricciardo learnt about ‘south Alaskan marsupial Morse code’ we don’t know, but the fact that he used the knowledge for a sassy tweet aimed at Vettel’s unique qualifying celebration is superb.

I would have pulled over too. He looks desperate… pic.twitter.com/FSVaDUOVXu

Perfectly timed screenshots are a thing of beauty, and this is definitely one of the best we’ve seen from Formula One this season. That’s certainly one way to extinguish the Toro Rosso’s Renault engine, Brendon Hartley!

Kimi Raikkonen is a fascinating human being. He takes on the world in a near-mute, nonplussed manner that sits somewhere between Mr Bean and Batman. When the podium at the end of the race spun around to reveal a DJ playing some ‘banging tunes’, Raikkonen simply continued to swig his champagne, oblivious to everything around him.

The best fans according to Lewis Hamilton #F1 #MexicoGP pic.twitter.com/qfo4QzYr8L

After taking the championship, Hamilton pulled over at the final stadium section of the track for an interview with David Coulthard. During the chat, Hamilton declared the Mexican fans to be the best in the world. However, fans with long memories pointed out that this line has been said before by Hamilton about other countries’ fans. Many times.

And there's a crash! #MexicoGP pic.twitter.com/ehs7tE8ad9

Following the interview, Hamilton went on a glory run with a Union Jack in tow, running by hundreds of fans who’d been allowed on the track to witness the podium ceremony. While this was probably a scary moment for the on-site security, the only incident that took place was between two fans chasing Hamilton, Forrest Gump-style. Run, Lewis, run…!

The penultimate round of the season is next on the calendar – the Brazilian Grand Prix on November 12th. Take in the best of Formula One while you can!