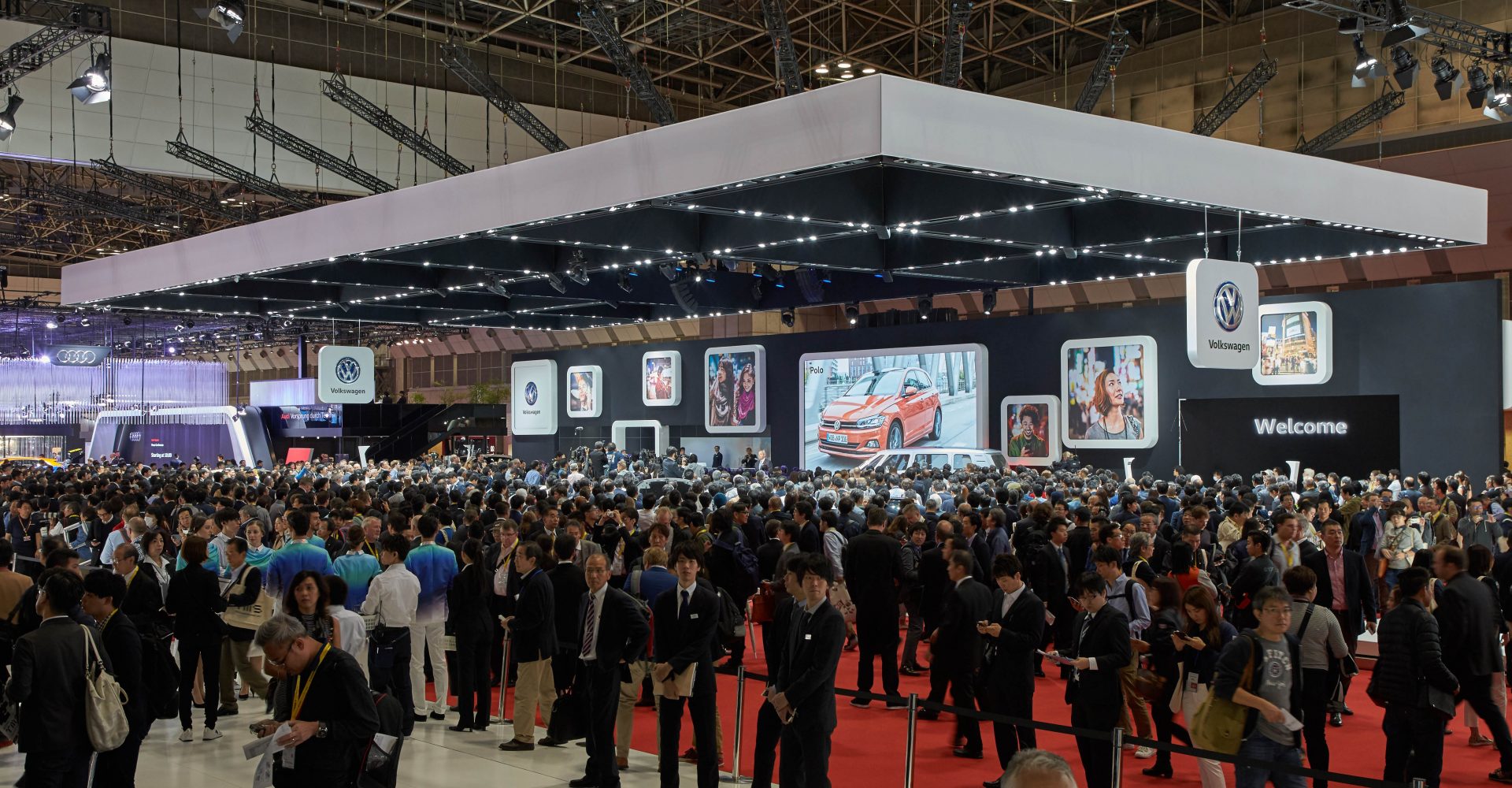 Tokyo’s Motor Show is upon us again!

Japan’s premier biennial showcase for all things motoring always throws up some interesting offerings. Whether it’s giving us crazy concept cars, wacky new technologies or some of Asia’s best upcoming machines, it’s definitely one to keep an eye out for.

Press days for this year’s show are now under way, and we’ve rounded up some of our favourite tweets so far.

Here it is talking to you. pic.twitter.com/dEle1AS0OH

Our Becca is in Tokyo and witnessed first-hand the Toyota Concept-i’s incredible communication functions. Luckily, she got it on video!

Motorcycle manufacturer Yamaha took the opportunity to unveil its strange three-wheel production bike, and it’s reminded some of a particular animal…

Filing copy in the back of a doily clad Toyota Tokyo cab on the way to the motor show using a 4G mobile wifi dongle. My job is weird. pic.twitter.com/OGelpC7J2d

Our boss proves that the life of a motoring journalist isn’t always glamorous.

Arrived in Tokyo today with media for our motorshow trip. Started with a nice traditional tour of the city. Strong look @SimonBranney. pic.twitter.com/07WOygyzHy

When in the homeland of Mario, it’d be rude not to take part in his favourite motorsport…

Sometimes, the best cars are outside

If you go to the Tokyo Motor Show there are some real gems in the car park. Exhibit A. #tms2017 pic.twitter.com/r0W7QwYz8a

While all the fancy new machinery at the Tokyo Motor Show may be inside the halls, some of the cooler stuff lurks outside. Take this stunning (and rather red) Isuzu Gemini for example.

The 2017 Tokyo Motor Show opens to the public on Saturday and runs until November 5.