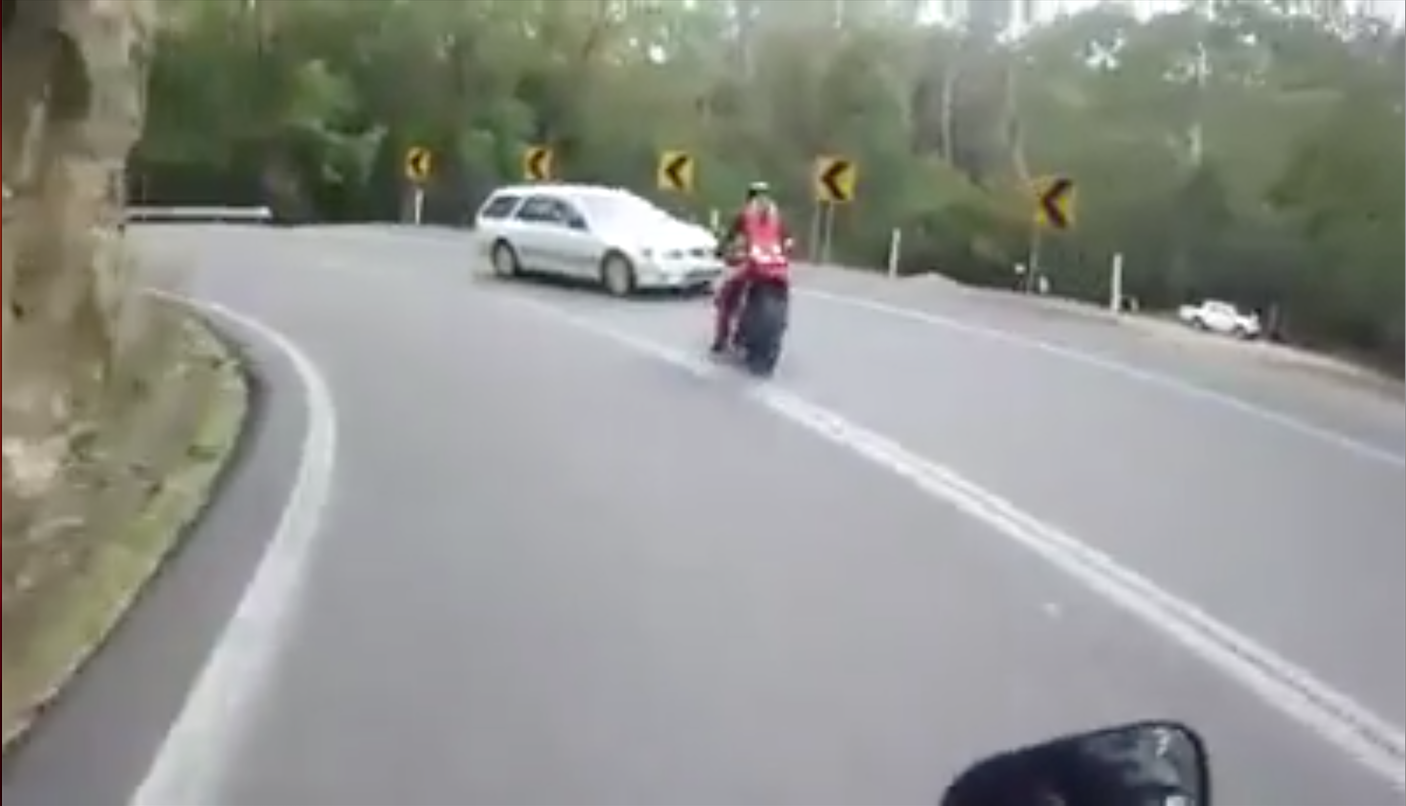 Some shocking footage has come out of Australia after a biker was filmed crashing into an oncoming car.

The GoPro footage, which has since been posted on the ‘In The World Of Biker’ Facebook page, shows the biker speeding away from his counterpart on a mountain road.

But whilst trying to turn for a tight left-hander, the biker carries too much speed into the corner, locks up and smacks head on into the side of an oncoming estate.

The bike leaves a massive dent in the side of the car and a lot of the plastic shell shatters, leaving debris all over the road.

Our rider is surprisingly on his feet very quickly, but does look winded after the incident. The driver of the white estate is surprisingly shocked by what has happened and can be heard shouting ‘Are you alright?’

There is a bit of fruity language at the end from the rider, but one thing that must be said, even on a clear road, don’t speed around because another car may be just around the corner.

Check out the video below, and beware of the swearing!