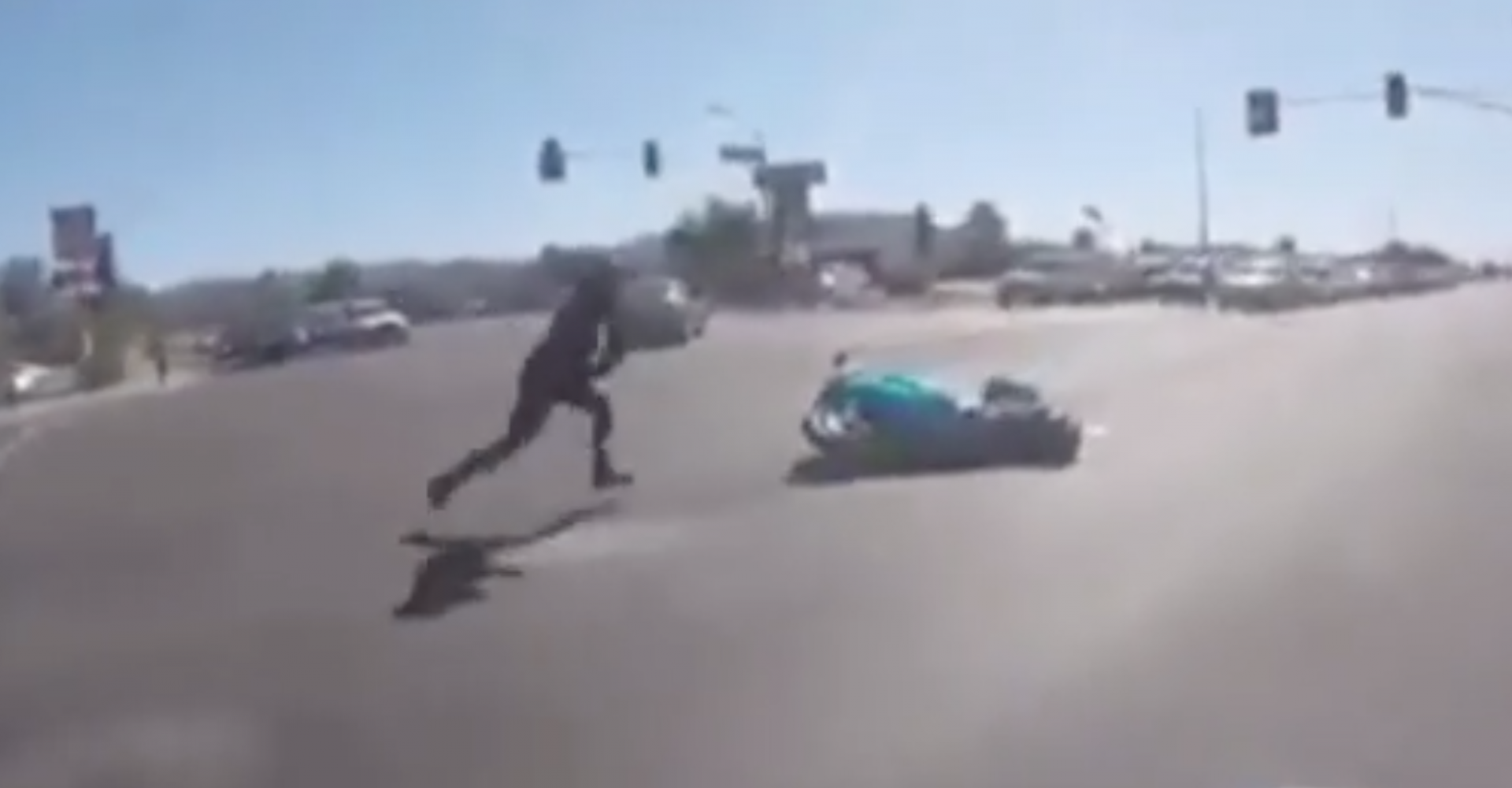 That’s the question that springs to mind at this biker’s astonishing attempt to evade the police.

When an officer tries to grab him at a set of traffic lights in the sunny USA, the biker’s fight-or-flight instinct kicks in and he guns the throttle, filtering between stopped cars until the persistent policeman lets go.

Unfortunately, his over-enthusiastic acceleration – and the bike’s lack of launch control – send him into an uncontrollable wheelie, crashing out on the busy junction.

Astonishingly, he still refuses to get caught, and rolling to his feet he abandons his bike and runs towards a friend’s, hopping on to the pillion seat.

While the whole sequence is pretty impressive – almost worthy of an action movie – we can’t help but wonder why the officer tried to nab the biker in the first place or what would have made the motorcyclist abandon his ride like that. We’re guessing, though, that it wasn’t to do with an outstanding parking fine…

Have a look for yourself here: