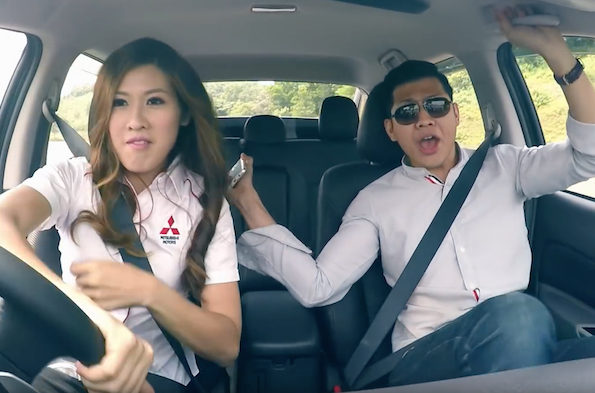 Never underestimate the power of a woman. Or an L200 for that matter.

These chaps in Malaysia only wanted to try out Mitsubishi’s sturdy pick-up, but they got a little more than they bargained for.

Following a pretty standard test drive, accompanied by an innocent-looking saleswoman pretending to know nothing about vehicles, it was time to crank things up a notch.

After a quick cruise in the 4×4, said sales girl suggested jumping into the driver’s seat.

Bewildered, one chap said: ‘This is a man’s car, you know?’

Well, that’s not patronising in the slightest.

It’s true, though. The idea of a woman driving a pick-up truck makes some men do this:

Little did they know that this was badass professional drifter Leona Chin – that’s right, the one with 10 years’ experience going sideways in a puff of tyre smoke – who was about to take them on a short detour through some woodland area and on a car park adventure they’d never forget.

On another plus note, these guys will never question a saleswoman again…