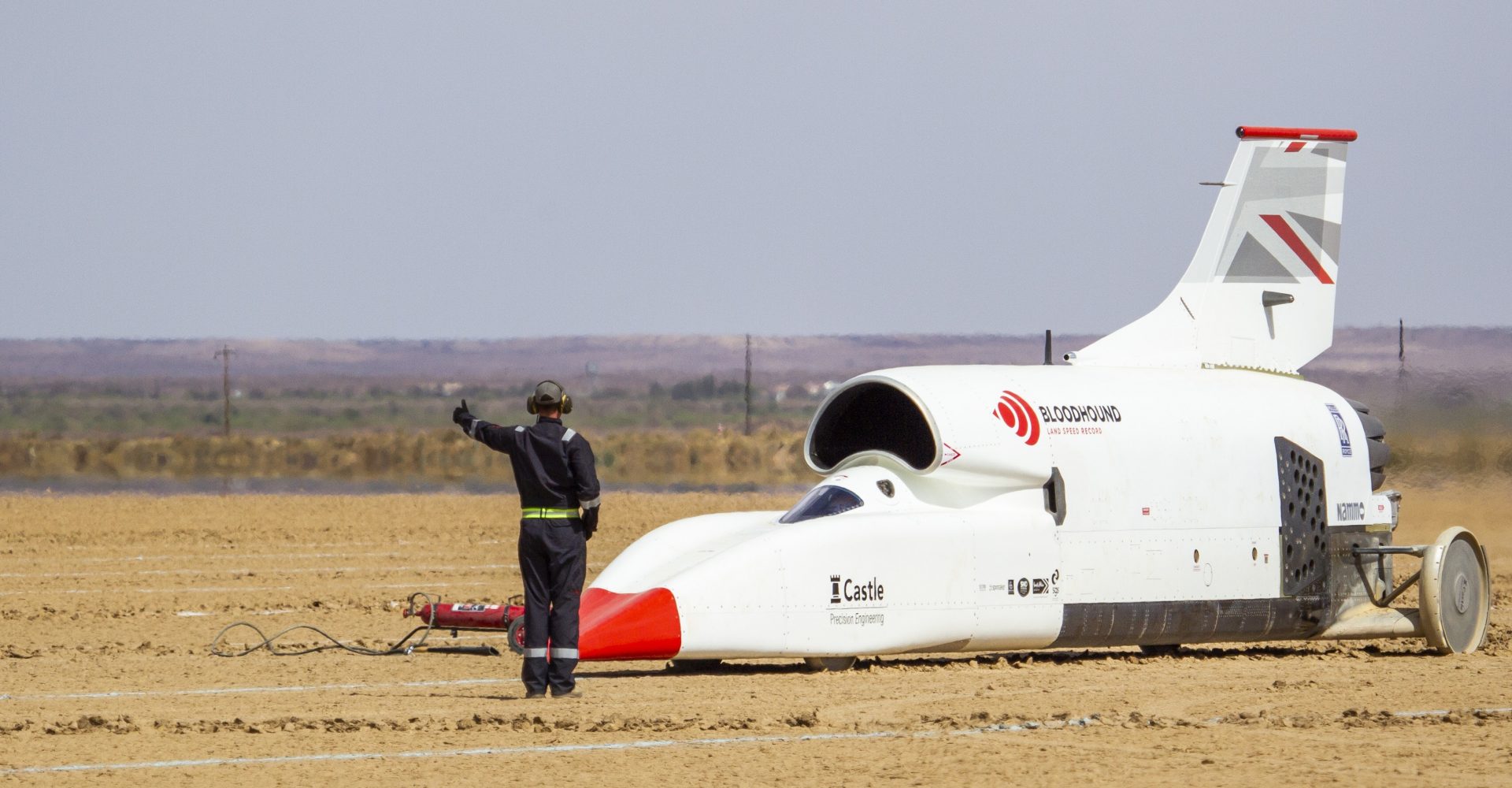 An earthbound jet known as the Bloodhound became one of the world’s 10 fastest cars this week, on target for its goal to set a new land speed record.

“The feeling in this car is fantastic,” driver Andy Green told the Associated Press on Friday, days after the Bloodhound hit 501mph in South Africa’s northern desert.

“It’s quite lively. The car is just doing brilliant work.”

Bloodhound’s next goal is to reach 550mph, possibly in the coming week.

Powered by a Rolls-Royce EJ200, the same jet engine used in the Eurofighter Typhoon fighter, the car hurtles so fast across the salt pan track that a twin parachute is needed to bring it to a halt.

With the aerodynamic lines of a rocket, Bloodhound was designed and built in Britain by Grafton LSR.

It was taken apart and flown to South Africa, where it was reassembled. Its crew is working flat out in South Africa to refine all aspects of the car.

“The whole team has been on a buzz since arriving here a few weeks ago to knock out the teething problems,” said Mr Green, 57, a jet fighter pilot for the RAF who says his hobby is driving straight-line racing cars.

“We’re working together to get the car up to top speed.”

Over the next few weeks, Mr Green and the Grafton team hope to get Bloodhound up to 600mph. Over the next year, they aim to break the world land speed record of 763mph, set by Mr Green in a different car in 1997.

Ultimately, Bloodhound’s jet engine will be boosted by a rocket engine with the goal of safely reaching 1,000mph, faster than the 767mph speed of sound.

Mr Green reckons South Africa’s Hakskeen Pan is the best place to reach that speed. In north-western South Africa, near the border with Namibia, the dry lake has a baked mud surface and has been painstakingly cleared of rocks.

The government of Northern Cape province hired more than 300 people of the local Mier community in a years-long project to clear 16,500 tons of stone from the 12-mile track, said Bloodhound spokesman Jules Tipler.

“This track is harder, it has more consistency and the weather is much better. We have six months with clear weather to test here.”