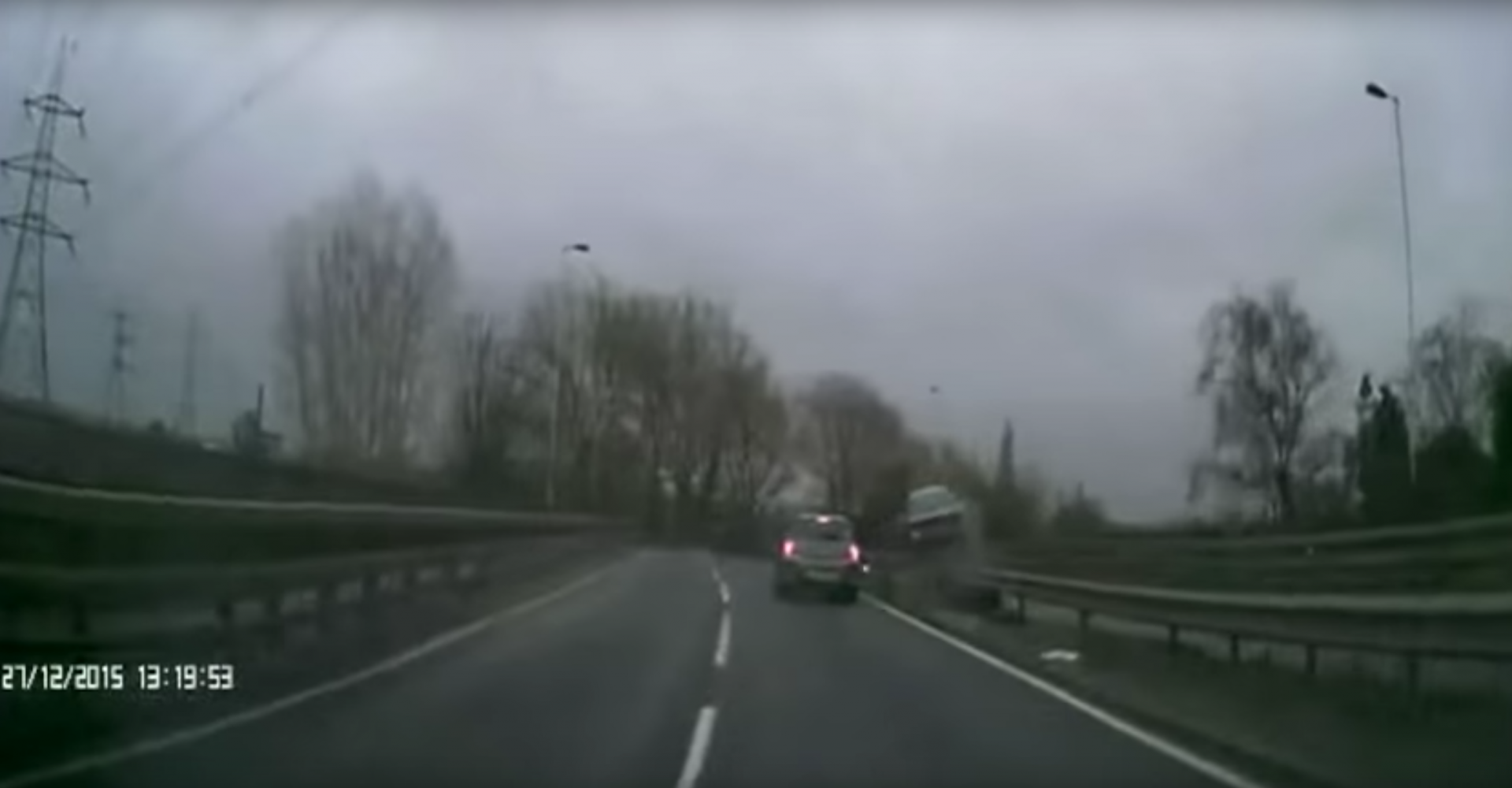 Motorists on the A35 heading out of Southampton got the shock of their lives after a BMW lost control and flipped over the central reservation barrier.

Footage of the crash, which happened last December, was captured by a dashcam and released by Hampshire Constabulary today as a cautionary tale.

The driver, Ryan Vincent, 33, of Crawte Avenue, Holbury, tried to undertake a Peugeot but lost control of the car and launched straight into the opposite lane and oncoming traffic.

Before coming to rest on its roof, Vincent’s car managed to clip the front of the Peugeot as well as hit both a Volkswagen and Citroen on the other side of the road.

PC Mike McRoyall said: ‘As you can see from the dashcam footage, this was a terrifying crash for all those involved, many of whom were just innocent road-users going about their daily business when they got caught up in this nasty collision.

‘It was only sheer luck that nobody was left seriously injured.’

He was banned from driving for 14 days, received six points on his licence and a £320 fine.

See the full horror below: